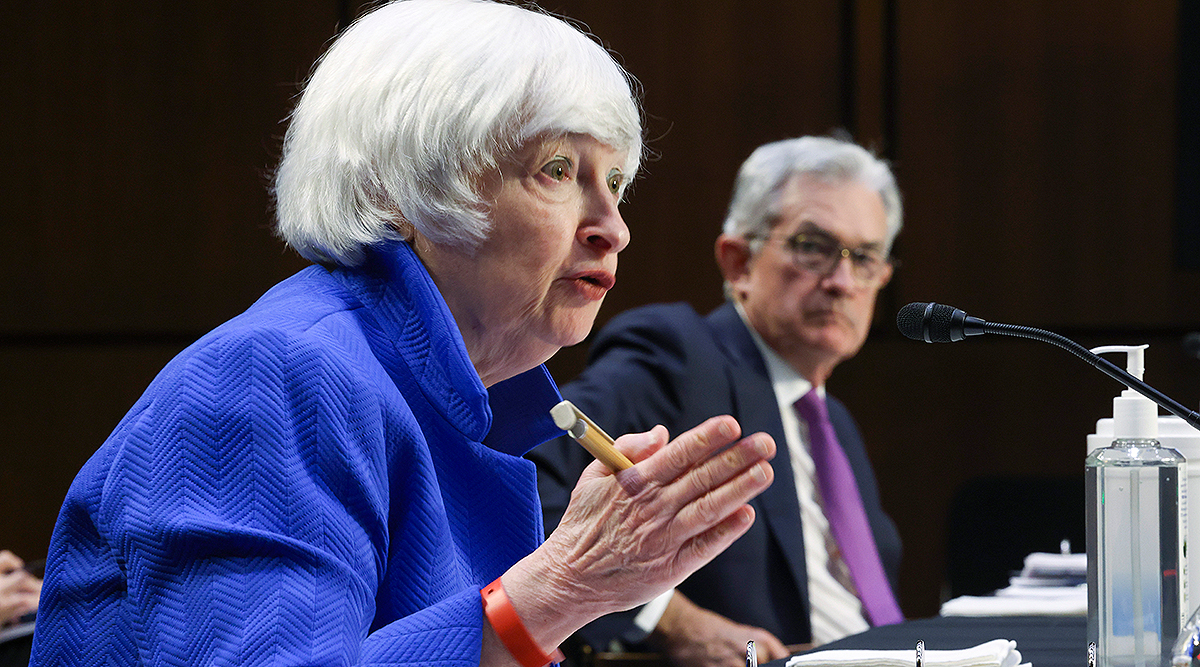 WASHINGTON — Treasury Secretary Janet Yellen sounded an urgent call Sept. 28 for Congress to raise the government’s borrowing limit, a day after Senate Republicans blocked consideration of a bill that would have done so.

If the debt limit isn’t raised by Oct. 18, Yellen warned, “the full faith and credit of the United States would be impaired, and our country would likely face a financial crisis and economic recession.” Yellen testified before the Senate Banking Committee at a hearing to update Congress on the impact of the vast financial support programs the government enacted during the pandemic.

Yellen also said that a failure to raise the debt ceiling would likely send interest rates higher and swell the government’s interest payments on the national debt.

The debt limit caps the amount of money the government can borrow. Still, Congress is able to approve new borrowing that exceeds the debt limit, with a vote on raising or suspending the debt limit held separately. In that way, the debt limit is raised to accommodate previous spending and taxing decisions. The limit has been raised or suspended nearly 80 times since 1960. It was suspended three times during the Trump administration.

In a separate letter Yellen sent Sept. 28 to congressional leaders, she reinforced her assertion that a prolonged battle over raising the limit could imperil the economy.

“Waiting until the last minute,” the Treasury secretary wrote, “can cause serious harm to business and consumer confidence, raise borrowing costs for taxpayers, and negatively impact the credit rating of the United States for years to come.”

Senate Republicans on the Banking Committee argued that Democrats could use their majorities in the House and Senate to increase the debt limit on their own, using special procedures in the Senate to avoid a filibuster.

In separate remarks prepared for an appearance Sept. 28 before the National Association of Business Economists, Yellen called on Congress to support the Biden administration’s $3.5 trillion “Build Back Better” initiative that would expand the social safety net and attack climate change. She also urged support for a $1 trillion bipartisan bill to address more traditional infrastructure, such as roads and bridges .

“The investments in the president’s agenda would be a sweeping overhaul of our national infrastructure,” Yellen said.

She listed among the improvements a new electric grid and power structure, new passenger and freight rail systems, as well as fixes for roads and bridges that she said had been “in disrepair and unsafe for decades.” She also listed broadband, new schools, clean drinking water and environmental remediation steps to help mitigate the impacts of climate change.

At the banking committee hearing, Warren said she would oppose a second four-year term for Powell, who has not yet been renominated by President Joe Biden. She argued that Powell has weakened financial regulations that were enacted after the 2008 financial crisis. 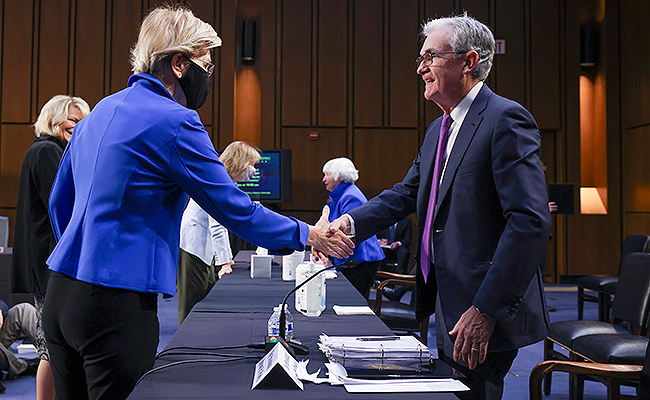 “Over and over, you have acted to make our banking system less safe,” Warren said. “And that makes you a dangerous man to head up the Fed, and that’s why I will oppose your renomination.”

Powell came under fire Sept. 28 from some Republicans on the committee over high and growing costs for gasoline, food and other goods and services. Annual inflation, according to the Fed’s preferred gauge, reached 4.2% in July, the highest in three decades.

Sen. Pat Toomey (R-Pa.) noted that inflation is broadening beyond categories that were upended by the pandemic, such as used cars, and asserted that it has not been just a temporary spike as Powell and some other Fed officials have suggested.

“We need to acknowledge that this is not playing out the way the Fed has hoped,” Toomey said.

Powell agreed that inflation pressures have intensified as supply chain disruptions have persisted and in some cases worsened. But he argued that high inflation is still being driven mainly by a limited number of factors that were worsened by the pandemic, such as hotel rooms, rental cars and airplane tickets.