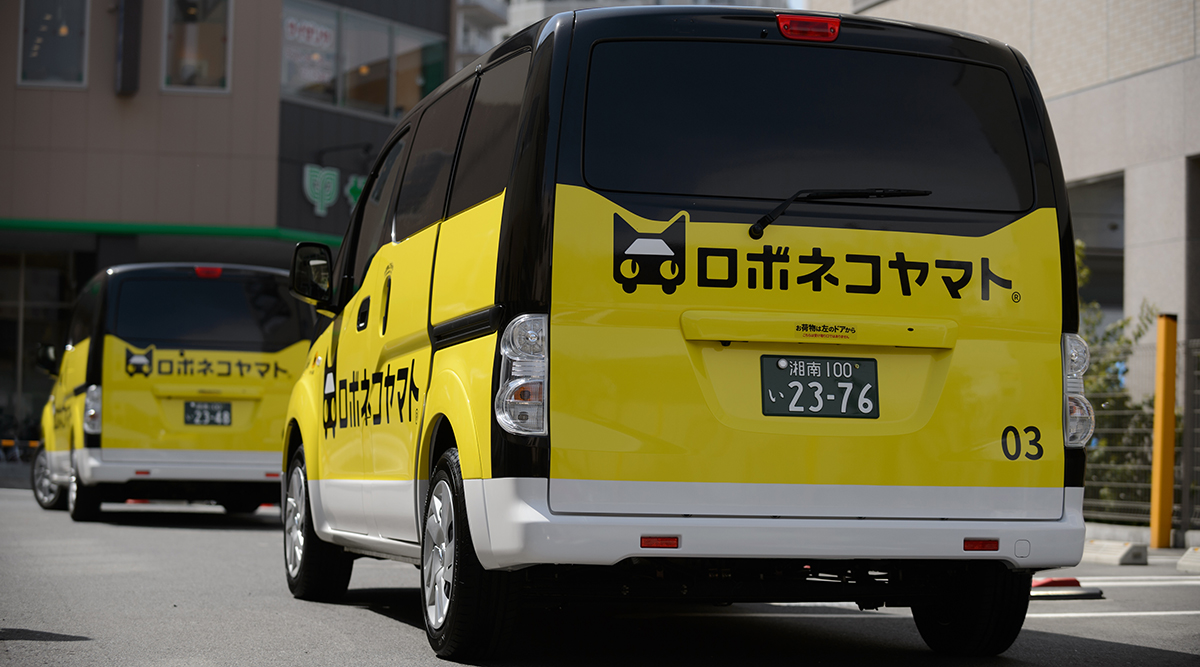 On April 24, Yamato Transport Co. and DeNA Co. tested an autonomous vehicle delivery service to gauge the potential of self-driving technology in the field of logistics.

The two Tokyo-based companies conducted the experiment in Fujisawa, Kanagawa Prefecture, in which an electric car navigated through a short, quarantined road without anyone sitting in the driver’s seat. A person sat in the front passenger seat to observe the operation.

During one demonstration, the vehicle, equipped with a camera and infrared sensor, ran through the residential area at 5 kph to 10 kph. When the delivery car arrived at its destination, a customer opened up a box inside the vehicle, allowed a QR code on her smartphone to be scanned, and picked up the product.

RELATED: Robot rides are going to deliver pizza and parcels before people

RELATED: Ford partners with postmates in path to driverless delivery

Yamato and DeNA, a smartphone game-maker, ran a delivery service experiment in Fujisawa between April 2017 and March this year in which a human drove the delivery car but with no face-to-face interaction between the driver and clients.

The project encompassed about 61,000 city residents and enabled them to pick up products at any location in the designated area and choose the time of their liking.

This was to test how such deliveries would go, as it would likely be the most common method if the self-driving delivery system becomes widespread.

As the experiments wrap up, the two firms tested driverless delivery for the first time on April 24. By law, a human is supposed to remain behind the wheel, but for this project Yamato and DeNA got permission from the police, who blocked the road for the driverless test.

The surge of package deliveries brought on by online shopping has been vexing domestic couriers struggling from labor shortages. The two firms said self-driving delivery could help the situation.