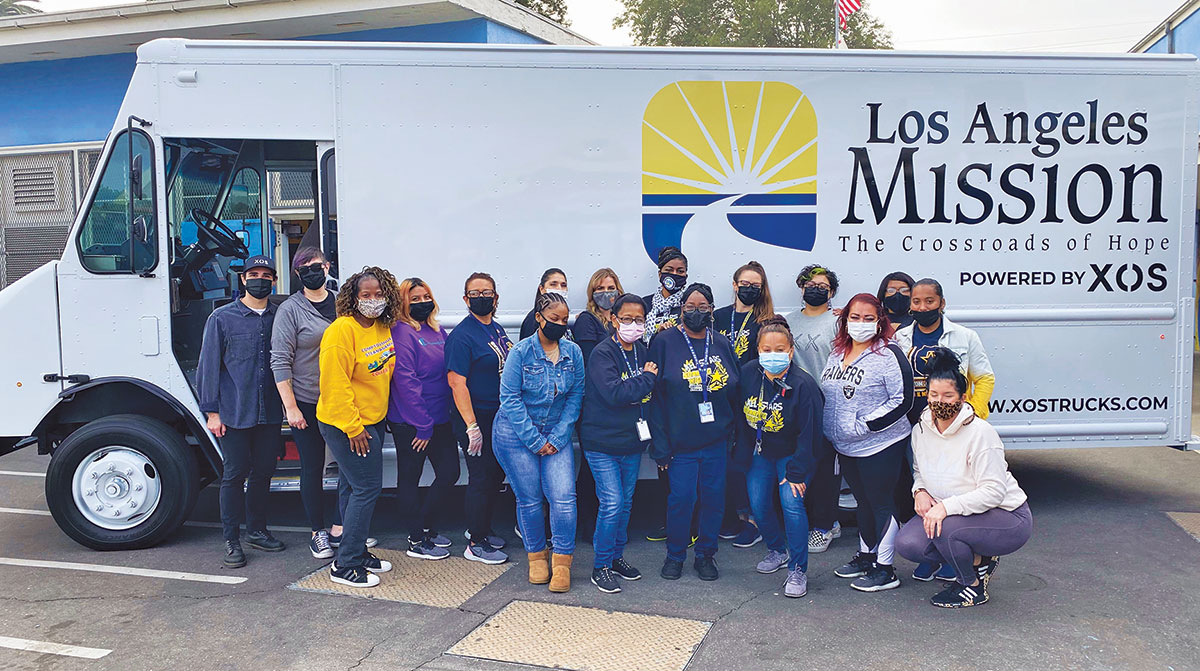 Xos volunteers and a group from Compton Elementary School at the Race to Feed event on Nov. 21. (Xos Inc.)

Los Angeles-based electric truck maker Xos Inc., which went public in August, looks to produce favorable quarterly financial metrics and many more trucks. Beyond attention to those numbers, however, Xos employees decided something was equally vital: performing acts of generosity within the community.

“I think company culture is a huge important factor in peoples’ job satisfaction. So working for a company you really feel is doing good out in the world makes a huge difference,” Eve Ganski, head of the Xos Community Action Program told Transport Topics.

Employees have supported planting trees and cleaning beaches, she said. “It’s something we have been doing for a while. We are ready to solidify it, put a name on it and give back to the community.” 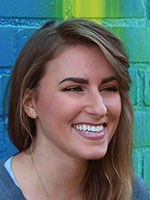 To mark the occasion, the program used the company’s Class 6 electric step vans to deliver 10,000 meals at five sites over two days, support children in foster care and families in need.

The effort was part of the nonprofit Los Angeles Mission’s Race to Feed initiative that aims to give 300,000 meals in 60 days to the needy during the holiday season.

Los Angeles Mission CEO Troy Vaughn told TT that Xos was the first truck maker or trucking company it had worked with. 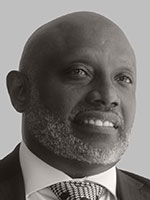 The homeless population on a given night in L.A. County numbers about 80,000 people, he said.

“If I can say anything about Xos, it is that they are conscious. We see that in their own branding in terms of consciousness for the environment; but it’s more than just that. It’s consciousness of human needs. So we are very excited by that,” Vaughn said.

Founded in 1936, the Los Angeles Mission said it is a nonprofit, privately supported, faith-based organization that serves the immediate and long-term needs of homeless and disadvantaged men, women and children. It is among the nation’s largest service providers to the homeless.

He said that Xos being green added “icing on the cake, for me.”

“Again, we are very excited by their willingness to be part of the work we do at Los Angeles Mission and be part of something that is unrelated to their industry,” Vaughn said. “We do housing, they do trucking. They came to us, and we merged the two together. And guess what? It was a wonderful marriage.”

Vaughn and Xos CEO and co-founder Dakota Semler — who drove a truck — were at a Sunday event. There also was a distribution of food the previous Friday. 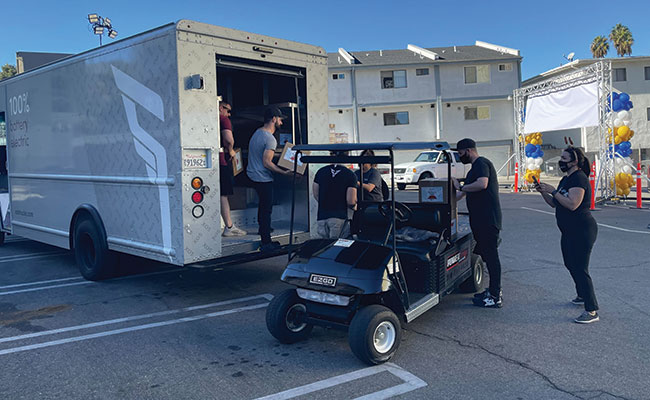 Food is unloaded from an Xos zero-emission vehicle for distribution at the Race to Feed event Nov. 21. (Xos Inc.)

“When we went on Sunday, for example, we were serving a whole community that normally you wouldn’t think would need that service,” Vaughn said.

More than 600 boxes of meals, eight meals in each box, were served. About a week’s worth of groceries for a family of four was distributed, as well as 600 lasagnas that were ready to bake, he said.

“Our next event is going to be with Operation Gratitude,” Ganski said. “That will be on Dec. 11. We will be assembling care packages for veterans.”

Going forward, the company expects to do one such employee-suggested event at least once per quarter.

Asked what the Community Action Program’s budget was, Ganski said she could not speak to that at the moment “because we are still creating a lot of different elements of the program.”

• Expanded production capacity at its two flex manufacturing facilities in Byrdstown, Tenn., and Monterrey, Mexico, to be capable of producing of a combined 2,000 units per year. Each facility is planned to eventually achieve 5,000 units of capacity per year.

“When we are serving the community and using traditional fossil fuel vehicles, they are sitting there when we are serving meals,” Vaughn said. “Sometimes you can be emitting some of those harmful, toxic emissions into those communities. This is one way we avoid doing that.”