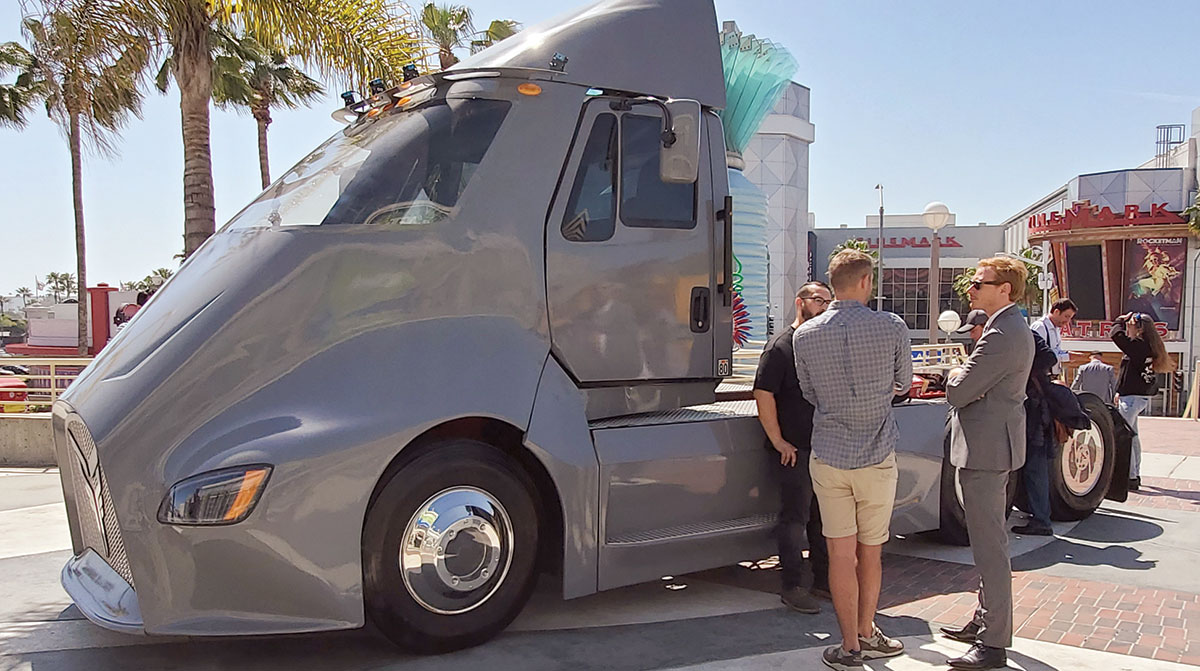 An Xos truck on display at an industry trade show. Powered by Xos, the new powertrain division, will have offerings that include high-voltage batteries, power distribution and management componentry. (TT File Photo)

“At Xos, we recognize that the technology we have developed initially for last-mile and back-to-base operations can be deployed to off-highway applications that are also ripe for electrification, like heavy-duty forklifts which have short routes and easy access to charging,” Xos co-founder and CEO Dakota Semler said in a release.

Brett Wilson will lead the new powertrain division. Most recently, he was Cummins Inc.’s sales director for the western U.S.

Xos noted it will continue developing commercial Classes 5-8 electric vehicles built on its proprietary X-Platform and X-Pack through its OEM division. — Transport Topics