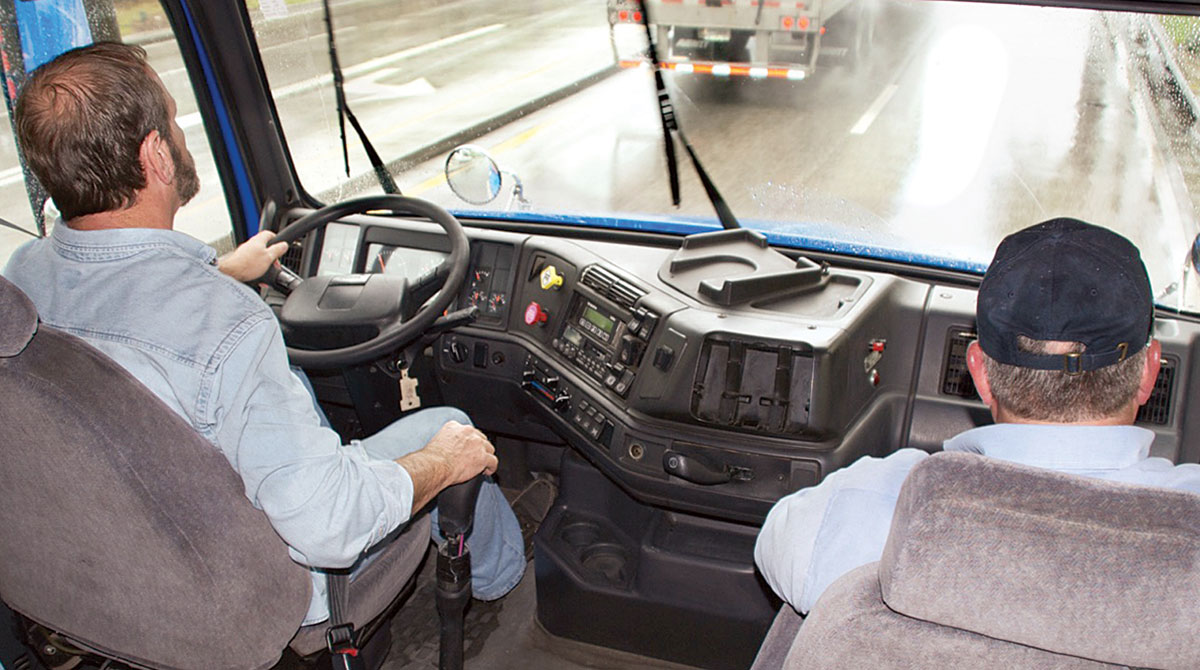 A student trains behind the wheel with his instructor. (Roadmaster Drivers School)

A pair of Oregon trucking executives are on a mission to encourage motor carriers to follow their lead and join obscure local entities called workforce boards, which over the years have quietly distributed millions of dollars to train an array of skilled and unskilled workers, including truck drivers.

The quest for one of the trucking executives, Andrew Owens, CEO of Glendale, Ore.-based A&M Transport, began in 2015 when he got a visit from a local politician asking him for a favor. The politician, a county commissioner in southwest Oregon, wasn’t calling on the third-generation trucker to contribute to her campaign, stick posters in yards or call friends with fat wallets. She simply wanted him to take a seat on a local workforce board — one that this year alone has paid out $440,000 in tuition to train 80 truck drivers.

“I had no clue what I was getting into,” Owens recalled. “But the more I got into it, the more I liked it. I also found out that I could make a difference.” 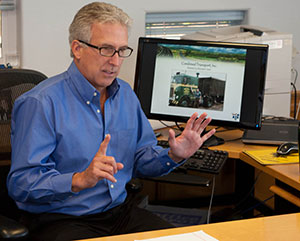 Mike Card was appointed to a workforce board and began encouraging other members to help trucking address the driver shortage. (Transport Topics)

Ever since, Owens has been instrumental in convincing fellow board members on the Southwestern Oregon Workforce Investment Board to support grants to pay tuition for qualified men and women to become truck drivers.

About three years ago, Owens encouraged fellow Oregon trucking executive Mike Card, CEO of Bend, Ore.-based Combined Transport Inc., to seek a position on a nearby board called the Rogue (County) Workforce Partnership Workforce Board to join the mission.

“I had been hearing about this U.S. Department of Labor workforce program that was offering free money to train new employees,” Card said. “They had these so-called ‘workforce boards’ that were literally throwing money at health care systems to train nurses.”

Card got appointed to the board and began encouraging other members to help trucking address the driver shortage.

Owens and Card are motivated, as both said they have trucks parked because they can’t find drivers.

“If you want to talk about what keeps you up at night, it’s when I know that I’ve got 10% of my 120 trucks parked because I don’t have drivers,” Owens said. “It does give you a little indigestion. The bank doesn’t care if I have drivers, they still want their payment every month.”

He added, “The workforce boards are not going to fix the driver shortage. But it certainly can help get everybody steered in the right direction, and make sure that there’s adequate funding coming in.”

Card said, “If every region in the country had truckers working with a workforce board, getting tuition paid for, getting more people in the pipeline, it would help the whole industry. It would help us keep our companies well.”

The precise amount of federal funds directed to driver training by the two Oregon boards is difficult to determine, but on a combined basis Owens and Card have been active in advancing hundreds of full tuition grants — each totaling up to $5,500 — for candidates interested in becoming truck drivers.

Now the two are asking other truckers to follow in their footsteps. “We’re just trying to find people who will get off the couch” and help, Card said.

Work development boards have been around since 1998, when Congress passed the Workforce Investment Act. It was updated in 2014 by the Workforce Innovation and Opportunity Act.

Owens said the trucking industry has failed to take advantage of the potentially significant funding stream to train truck drivers — but it needs to. 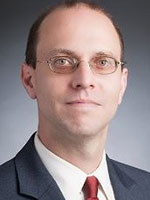 “I applaud Andy and Mike for their involvement in their local workforce board, and the great opportunities they are helping to provide to the next generation of truck drivers in Oregon,” said Nick Geale, ATA vice president of workforce policy. “Given the supply chain challenges and labor shortages the industry has been facing while still delivering daily for the American economy, ATA President Chris Spear has directed me to promote greater ATA involvement in workforce development nationally. We are starting to see results with many levels of government listening and working to support our vital industry.”

“It’s an amazing system that I think a lot of people know nothing about,” added Kyle Stevens, executive director of the Southwestern Oregon Workforce Investment Board. “There’s something to say about companies being involved in the system. If they aren’t aware, and not represented on the boards, it’s hard for the boards to know how big an issue is.”

Stevens said his board since July has distributed about $440,000 to train 80 truck drivers in his three-county region. The funds include training as well as the cost of a drug test and physical. “I’ve got the funding right now to train another 325 truck drivers over two years. If we keep finding people that want to drive, we’ll fill those spots,” Stevens said.

In total, Stevens said his workforce board has roughly $2.5 million in annual federal and state funds to dispense to various industry sectors. “Our target sectors are health care, manufacturing, hospitality and leisure, construction, child care and transportation,” Stevens said.

“Right now, transportation seems to be the hottest. They’re short on drivers. Folks are interested in going to CDL training. It’s a quick turnaround. You’re making a difference in somebody’s life in four or five weeks — and then they’re working.”

According to research conducted by Mathematica Policy Research, the majority of boards have between 26 and 40 members. They typically comprise senior executives and midlevel managers, with hiring authority as well as professionals that bring specific skills needed by the board, according to Mathematica. By law, the majority of the board must consist of representatives from the local business community. Most boards meet four to six times a year.

Owens believes many in trucking are unaware of local workforce investment boards. During a presentation on workforce boards he and Card gave at an ATA conference last year, Owens asked a roomful of more than 200 truckers how many were aware of workforce boards. “I counted all the hands that went up on just one of my hands,” he said.

“It took me a while to learn how to connect the dots, and it frustrated the crud out of me working in a government entity,” Owens said. “I’m one of those guys who makes his mind up and wants to see results maybe this afternoon or tomorrow. In government, it doesn’t work like that. It takes months to turn the heat up.” Competing interests on a typical board can sometimes challenge a board member’s powers of persuasion, he added.

But Stevens noted that if two or three trucking companies join forces to present their needs to a board, they are welcome at meetings — even though they are not members.

“We’re just trying to make the best decisions with the money,” he said. “If anybody comes to us from the outside, we’re going to listen. There’s not going to be a workforce board that says no.”

James Fong, executive director of the Rogue workforce board, said transportation is the No. 2 area of investment for his board, second only to training certified nurse assistants. He noted that both Card and Owens have said not enough boards have members from the transportation sector.

“Transportation right now is a hot topic, particularly because of all the supply chain issues,” Fong said. “But I think even before that hit the fan, Andy and Mike were coming to us and saying that artificial intelligence and automatic pilot, that’s 10 years away. Even then we’re still going to need drivers to escort these vehicles into the cities.”

Owens said the 30,000-foot view of a workforce board is to understand “what industry needs, what sectors are in your area, and then coordinate funding and trying to train a workforce that businesses need in your area.”

ATA’s Geale said interested parties can locate their local workforce board at the Workforce Development Board Finder on careeronestop.org, or contact him or their state trucking association.