Why Will the Feds Let Robots Drive Trucks but Not Trains? 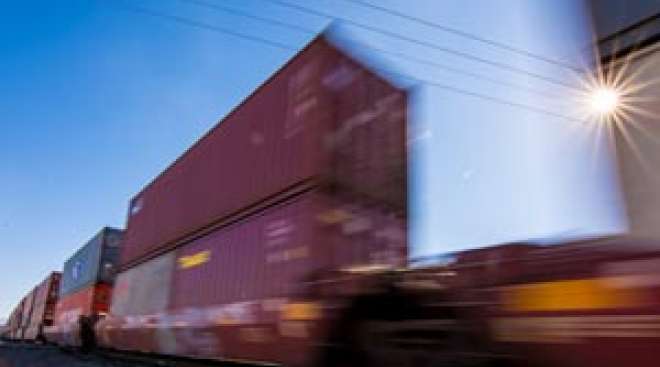 Peter Mills sees an inconsistency. One arm of the U.S. Department of Transportation is recommending two-person crews be required for freight trains as another plans to spend billions to help develop driverless technology for longhaul trucks.

The Federal Railroad Administration has proposed the mandate for two operators in many freight-train locomotives, which would lock in an imperative unions have negotiated in contracts. According to rail carriers, it also would prevent them from taking full advantage of systems for remote oversight that they’re installing, at a cost of about $10 billion and on the order of Congress.

There were two crew members in each of the cabs of BNSF Railway Co. trains that collided in Texas on June 28. Of the four employees, one was injured, two were killed and one is missing.

Lawmakers passed a law demanding the remote-oversight systems after a 2008 commuter-train accident in California killed 25 people. Once operational, they may allow all locomotives to operate safely with one person in the cab or eventually to be fully automated, said Lance Fritz, CEO of Union Pacific Corp., the largest publicly traded railroad. “We should allow technology to take us where it will.”

Fritz called it “pretty ironic” that the government seems to be doing that when it comes to the trucking industry. The National Highway Safety Transportation Administration has embraced autonomous vehicles, including trucks hauling freight, and plans to spend $3.9 billion over a decade to foster the technology.

“If that’s happening in one mode, why are they coming out with the regulation that locks us into two people in the cab?” said Ed Hamberger, president of the Association of American Railroads.

The government’s support of autonomous technologies is designed to reduce risks across all modes of transportation, said Clark Pettig, a spokesman for the Department of Transportation, in an e-mailed response to questions. “Our bottom line is ensuring that the people and goods traveling on our nation’s roads and rails get where they’re going safely.”

The last time the U.S. angled the field in favor of trucks -- with the interstate highway system beginning in the late 1950s -- the rail industry almost went bust within a couple of decades. Congress rebalanced things with the 1980 Staggers Act, deregulating rail freight rates and allowing carriers to close unprofitable lines.

FRA plans to hold public hearings on the proposed regulations July 15. Many local governments support them. The Georgia Municipal Association said in public comments that mandating two-person crews, with exemptions for smaller railroads, “will be an important step to enhance safety along rail lines that go through Georgia’s cities.”

The freight-rail industry contends there’s no data linking the numbers of operators in the locomotives with safety. Train accidents have dropped 78% since 1980 as carriers have stepped up spending on track maintenance and technology, according to the rail association. During that time, locomotive crew sizes have been whittled down from as much as five.

Many European freight railroads use one-person crews, and Rio Tinto in Australia is experimenting with autonomous trains. Indiana Rail Road, which operates 250 miles of its own track, has run trains with one person since 1997. The single-crew trains have had only one incident with enough damage that required notification to regulators, compared with 26 for two-person crews. “If we thought that single-man crews were unsafe, we wouldn’t use them,” Mills said. “We’ve proven that they’re not unsafe.”

Because Mills’ company is a small railroad, it would be able to operate with a single operator under the new rules -- though at a reduced speed. That, Mills said, would negate the benefits of having a smaller crew.

John Risch, national legislative director for the International Association of Sheet Metal, Air, Rail and Transportation union, has a 17-point list of why a freight train shouldn’t be helmed by one person. Crews can be called up at odd hours and often work 12-hour shifts, making it important to have someone double-check work and help keep colleagues alert, Risch said, adding that some functions, such as backing up a train, can’t be performed by just one person.

“I’ve worked as an engineer for 30 years and there ain’t no way I’m going out there by myself.”

Union Pacific’s Fritz said his railroad isn’t ready to go to one-person crews, though that could change after the carrier begins to operate in 2018 with its $2.9 billion remote safety system. “It’s not something that railroads can do by fiat,” he said. “We still will have to negotiate with our labor unions who are represented in the cab.”

Discover the New Way of Improving Driver Recruitment and Retention