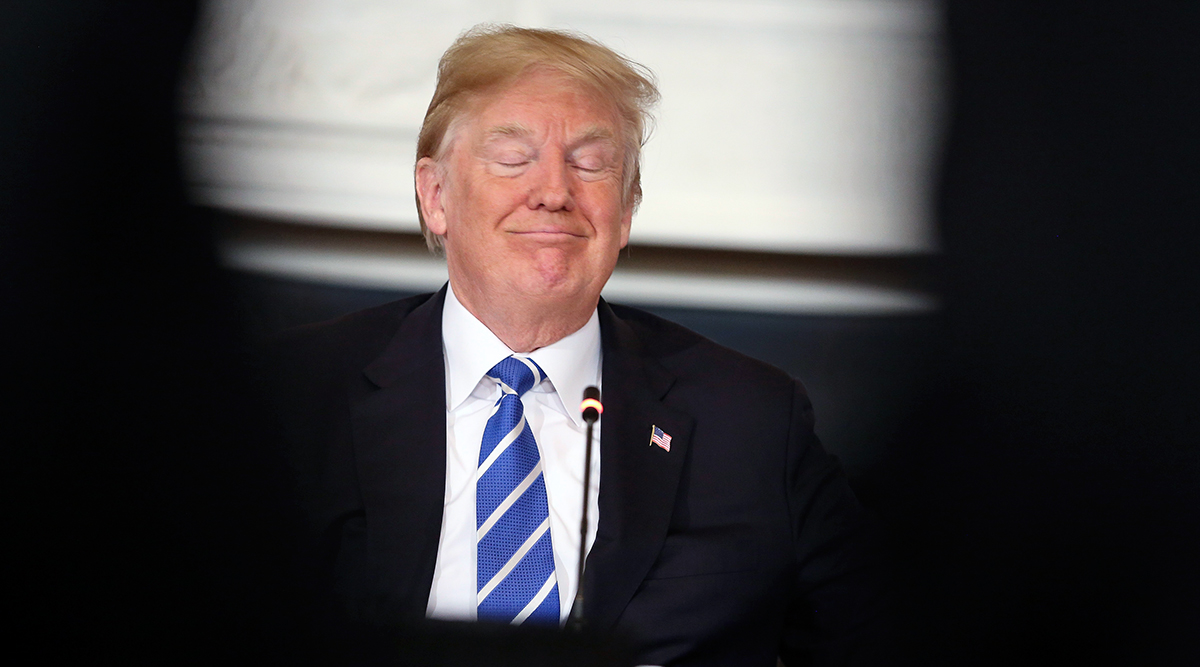 The White House signaled President Donald Trump will pay close attention to the fate of workers left behind by globalization as a new benchmark for negotiating trade deals around the world.

While trade may be good for America, it hasn’t necessarily helped all Americans, the White House Council of Economic Advisers said Feb. 21 in its annual economic report to the president.

The council, led by chairman Kevin Hassett, cited recent economic research highlighting portions of the U.S. population that have been hurt by foreign competition. It pointed to the decline in manufacturing as a byproduct of freer trade, a trend the president has tried to reverse by imposing tariffs on washing machine and solar panel imports.

“Even if fair and reciprocal international trade as a whole leaves the U.S. better off in the aggregate, this does not necessarily mean that the benefits of expanding trade flows leave all Americans better off,” the council said. “No longer will we tolerate unfair and nonreciprocal trade practices that impoverish our workers.”

The administration is focused on improving trade agreements in a way that benefits U.S. businesses and workers across a range of sectors, in particular energy and agriculture, the council said. Despite some drawbacks of trade, the U.S. “stands poised to capitalize on opportunities to reap the gains from trade that it has historically enjoyed,” the advisers said.

Trump has repeatedly complained about the growing U.S. trade deficit — which was the widest last year since 2008 — and his administration is seeking to overhaul trade relationships around the world. Negotiators will meet next week in Mexico City for the seventh round of talks on a new North American Free Trade Agreement, and the U.S. is in talks with South Korea on an updated deal between the two nations.

RELATED: Trudeau threatens to leave NAFTA rather than ‘take any old deal’

The 562-page report lays out the case for the administration’s economic policies, from the tax cuts passed late last year to Trump’s plan for new spending on infrastructure.

The council estimates gross domestic product will expand by 3.1% this year, and 2.8% over the long term. The unemployment rate will fall to 3.7% by the end of next year, while inflation will rise to 2% by 2021, the council said.

A chapter on infrastructure estimates that a 10-year, $1.5 trillion investment could raise average annual real GDP growth by between 0.1 and 0.2 percentage point. Trump has proposed a plan to generate $1.5 trillion by allocating $200 billion in federal funds, mostly as incentives to spur spending by states, localities and the private sector.

RELATED: Europe to Trump - if you want a trade war, you’ll get one

States and localities own and finance most U.S. infrastructure, so the federal role should focus on encouraging that spending, supporting private financing and streamlining permitting, the report said. It encourages local tolls, water charges and other user fees to help generate needed revenue.

Hassett told reporters in a conference call that the administration is considering several options for paying for the upkeep of the nation’s infrastructure, including changes to the gas tax system.

“It points out for example, the problems we have with the gasoline tax that was designed to fund roads, highway repair and so on at a time when the fuel economy was much lower, and the idea that a big share of the potholes of the world might be created by cars with electric engines,” he said of the report. “In that kind of world, the gas tax needs to be re-thought.”