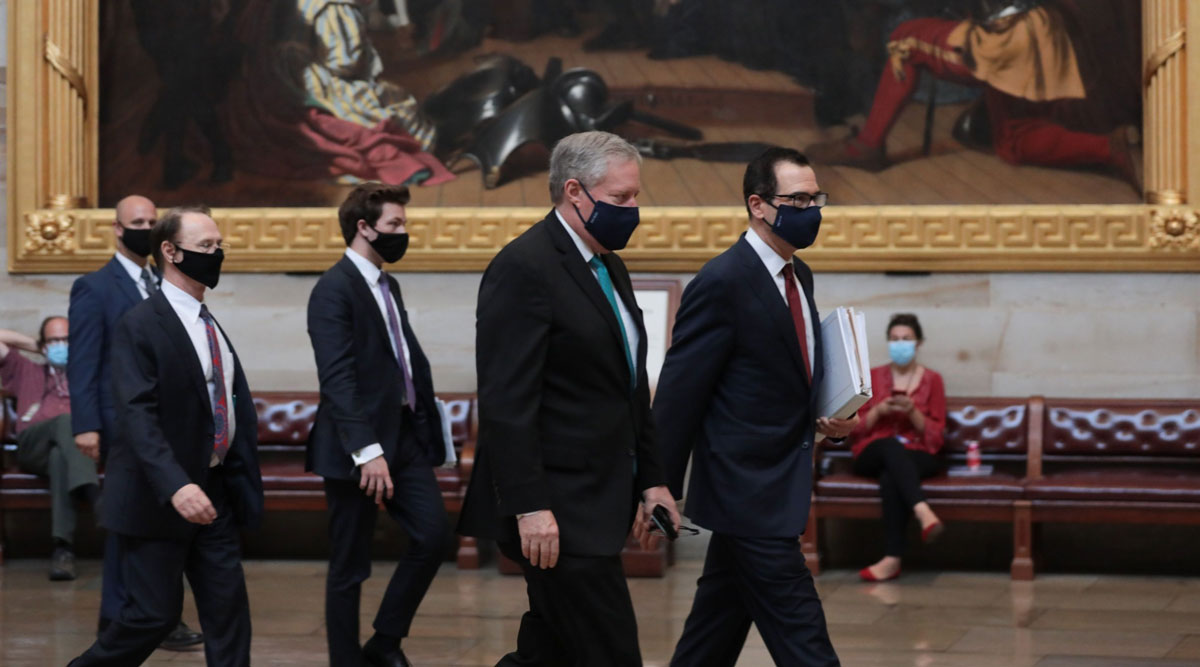 The White House and congressional Democrats are locked in a standoff over the size and breadth of a new virus relief package, with their self-imposed Aug. 7 deadline for a deal looming.

Senate Majority Leader Mitch McConnell on the Senate floor accused the two Democrats of “stonewalling” the two administration officials in the talks. But Pelosi faulted McConnell for waiting until last week — after earlier rescue measures expired — to make a counter-offer to the $3.5 trillion stimulus plan that the House passed in May.

“We are here for America’s working families. That isn’t always the priority on the other side of the table,” Pelosi said on CNBC Aug. 6. “Three months ago we passed our legislation.” 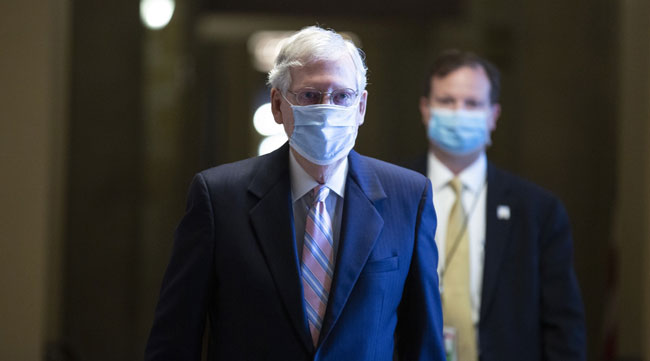 Staff members from each team were working on various proposals ahead of the negotiating session among the four principals scheduled for 5 p.m.

Neither side indicated they would walk away from negotiations if an agreement can’t be reached by Aug. 7. But Mnuchin and Meadows said that unless some compromise can be found soon, more negotiations may be fruitless.

White House and Democratic negotiators are driving toward a deal on a virus relief package by the end of the week, and still must overcome a raw mix of election-year pressures, internal GOP splits and a profound lack of trust between the parties.

“Our objective is to try to reach an understanding of the major issues by [Aug. 7],” Mnuchin told reporters after the Aug. 5 meeting with Pelosi and Schumer. “If we can’t reach an agreement on the major issues, it’s going to be hard to complete a deal.”

Meadows said the two sides are still “trillions of dollars apart” on a compromise but that the talks have been productive.

Meadows also said the administration and Republicans have already given more ground than Democrats in talks. He said if a deal were still out of reach by the end of the week, President Donald Trump was prepared to use executive authority to provide forbearance on student loans, impose a moratorium on evictions and extend supplemental unemployment insurance.

“I’ve been working around the clock to look at the options that the president has at his disposal that’s within the confines of his legal authority,” he said.

As part of that, the administration is asking agencies about money that hadn’t yet been spent from the $2 trillion stimulus passed in March that might be redirected, according to a person familiar with the matter. Mnuchin said in July there was at least $1 trillion in such funds.

Pelosi said Aug. 6 that she would support Trump extending the eviction moratorium for renters, but said additional funding must be approved by Congress.

After more than a week of negotiations with Mnuchin and Meadows, Schumer and Pelosi said they still have significant differences to bridge, including the enhanced unemployment benefit that was in the last stimulus bill but now has expired.

The talks take on added urgency as time passes. The November general election is 89 days away and economic data show signs that the economy is still hobbling along. There was a potential bright spot on Aug. 6 when the Labor Department reported that applications for unemployment benefits fell more than expected, to the lowest since the pandemic started. But with claims still exceeding a million on a weekly basis, the job market has a long road to fully recovering.

Meantime, McConnell is postponing the Senate’s scheduled August break, which was to begin Aug. 7. He said senators can return home, but will be called back if there’s a vote on a relief bill. The House is on break, but lawmakers there have been told they could be recalled to Washington on 24 hours’ notice.

Erik Wasson, Billy House and Laura Litvan were the primary contributors to this report.