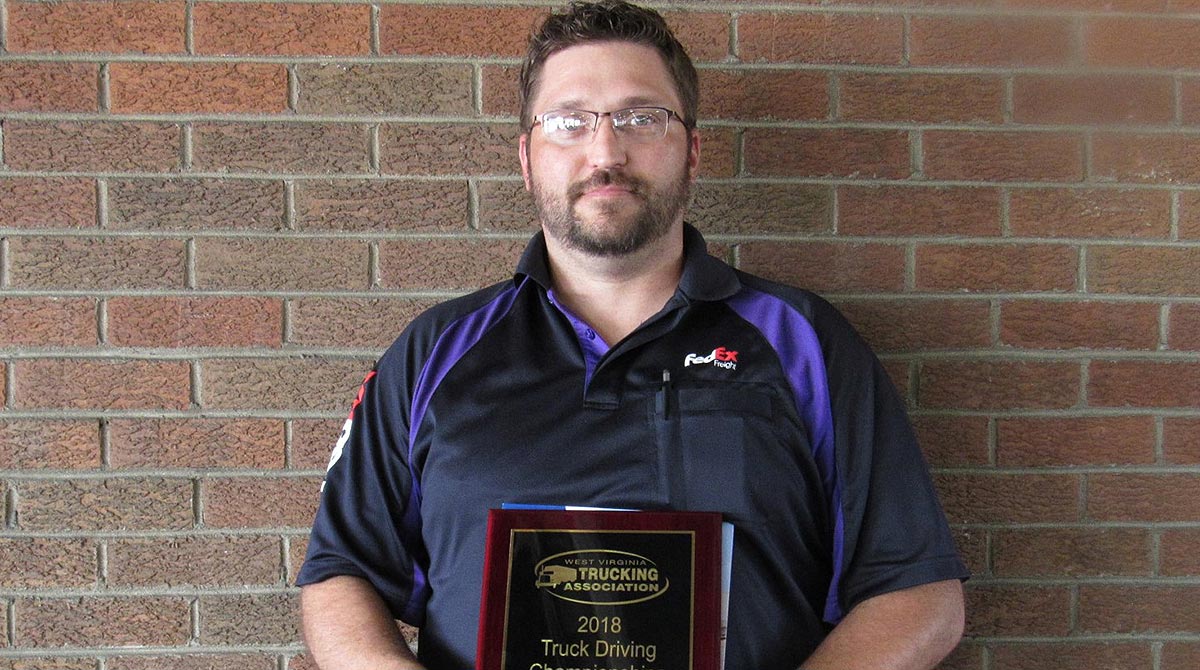 A battle of (Grand) Champions is brewing in West Virginia, as the West Virginia Truck Driving Championships are set to kick off June 8 at a FedEx Freight terminal in Nitro.

Last year’s Grand Champion, Jeremy Thomas, will be present at the state truck driving rodeo in an attempt to defend his title. Thomas, a driver for FedEx Freight, was the top contender in the 2018 West Virginia Tank Truck division. This year, he will compete in the 3-Axle class.

Also taking to the course will be Larry Gorby, a driver for XPO Logistics. Gorby was West Virginia’s 2017 Grand Champion. He won for his Straight Truck performance.

Another winning contender: Kenneth Grimmett of XPO Logistics, who was the 2016 Grand Champion. He drove in the Flatbed division.

While this year’s tournament promises a heated and storied competition, it also is an opportunity to showcase the state’s most talented drivers.

Thirty-six drivers are scheduled to compete, said Missy Morgan, the West Virginia Trucking Association member services coordinator. The organization also has 26 volunteers signed up to help with the state competition.

“It’s a way to show the drivers how much we appreciate them,” Morgan said about the competition. “It’s a way of getting everyone together to participate.”