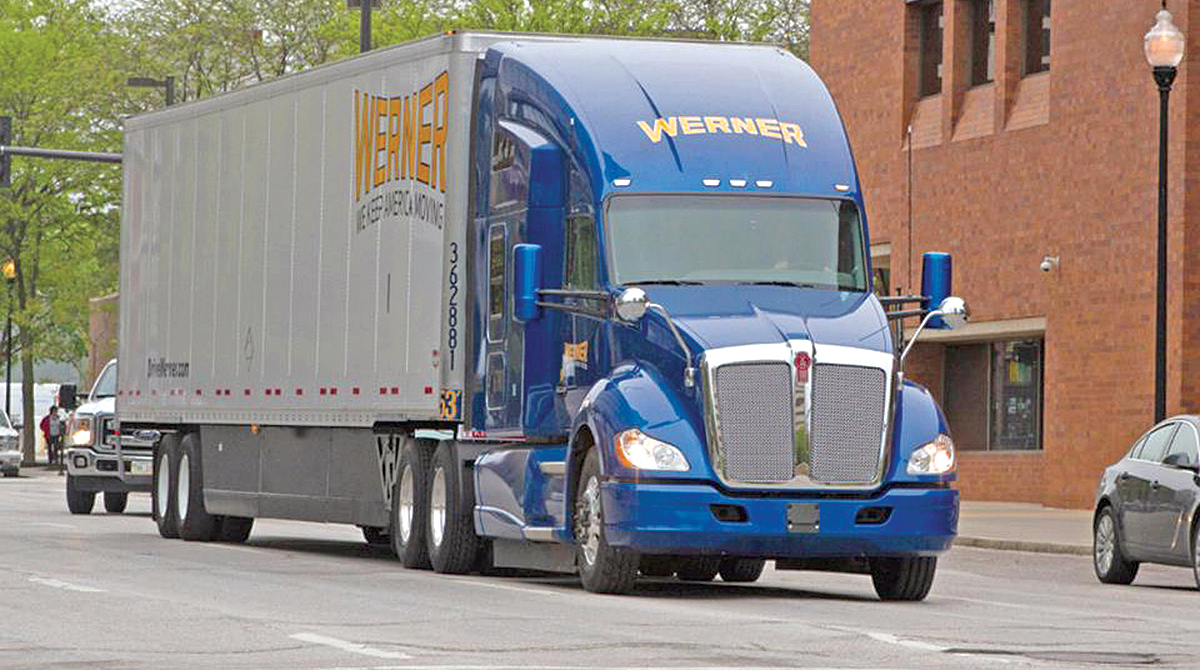 The Omaha, Neb.-based freight carrier and logistics company posted net income of $60.6 million, or 88 cents a diluted share, for the three months ending Dec. 31. That represents a 25% increase from $48.5 million, 70 cents, during the same time the previous year. Revenue slipped to $620.3 million from $621.8 million.

The results surpassed expectations by investment analysts on Wall Street, which had been looking for 78 cents per share and revenue of $611.80 million, according to Zacks Consensus Estimate.

“2020 was a very challenging and disruptive year,” CEO Derek Leathers said during a conference call with investors after the report was released. “Werner associates quickly reacted to changes in freight and working conditions and delivered record results.”

Leathers credited the resilience, tenacity and perseverance of his workers for helping to overcome significant obstacles and challenges throughout the year. He noted that going forward the primary focus will continue to be on providing best-in-class service as well as the health and safety of associates and customers.

“We are confident that freight demand for our services will be strong in 2021,” Leathers said. “On the supply side, structural, truck driver availability constraints and OEM production challenges are expected to continue to limit industry capacity growth for at least the next several quarters. On the demand side, our key customers are producing strong sales that are expected to continue as the economy recovers and additional COVID stimulus packages are implemented.”

Leathers is confident that his company is well-positioned to be successful in 2021. He noted having a newer fleet and the high performance delivered by associates has differentiated service levels while efficiently managing controllable costs.

Werner said that the dedicated fleet portion of its truckload segment saw freight demand remain strong during the quarter. The company added 230 trucks to the dedicated fleet. The one-way truckload freight demand was also strong. The company credited the strong demand in part to the peak holiday shopping season starting earlier than normal and continuing through December.

Cowen and Co. said the company still has room to grow despite an already strong fourth quarter that exceeded expectations. The investment bank and financial services company said in a report that, given capacity and demand trends, it expects continued strong performance through 2021.

“Management provided certain metrics surrounding 2021 outlook that called for 1-3% growth in its TTS Truck segment, citing continued momentum in its dedicated fleet,” Cowen analyst Jason Seidl wrote in the report. “The company highlighted that its driver training school network continues to source new drivers and is adding four schools to its network.

While driver pay is expected to increase about 6% in 2021, management remained very confident that rate increases will more than outpace driver pay despite the driver capacity challenges.”

The driver shortage has been an ongoing issue that the coronavirus pandemic made worse. Werner has said that since last March, the number of driver school training school graduates has declined by an estimated 40% nationally. This has created an increased demand for drivers.