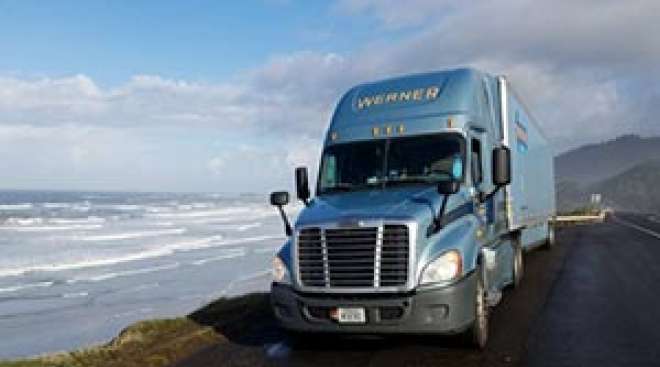 Plans for a trucking facility in Palmer Township, Pennsylvania, no longer include a school for new drivers.

Plans for the Werner Enterprises facility, which would be located near the Charles Chrin Interchange, will go before the Palmer Township Planning Commission on Feb. 14. Plans for the facility were first presented to township officials more than a year ago and have brought opposition from neighbors, who expressed concern about increased noise, traffic and danger from tractor-trailers on township streets.

Werner, which is based in Omaha, Nebraska, ranks No. 15 on the Transport Topics Top 100 list of the largest U.S. and Canadian for-hire carriers.

The site originally was going to serve in part as a trucking school for inexperienced drivers. But now the plans call for a maintenance and training facility, intended only for drivers who have completed truck driving school and obtained a commercial driver license. The change also allows the facility to consist of just two floors, instead of three as originally planned.

"[The changes were] to lower traffic counts into the facility and to lower the height of the building, both of which were concerns that had been voiced by some of the citizens as well as governing officials," Kraft said.

"It takes us out to where all the truck traffic is and keeps us out of the neighborhoods," Kraft said.

Planning Commission Chairman Robert Blanchfield said he hadn't had time to thoroughly review the new Werner plans, but at first glance, it appeared the company dealt with some of the issues raised at previous meetings.

"It's my understanding that the concerns before were traffic and stormwater, and they've addressed a number of those issues," he said. "The fact they're trying to exit from another direction says a lot."

Kraft said the Palmer Township facility would replace one in Upper Macungie Township and serve as a training and maintenance facility to hire and train drivers.