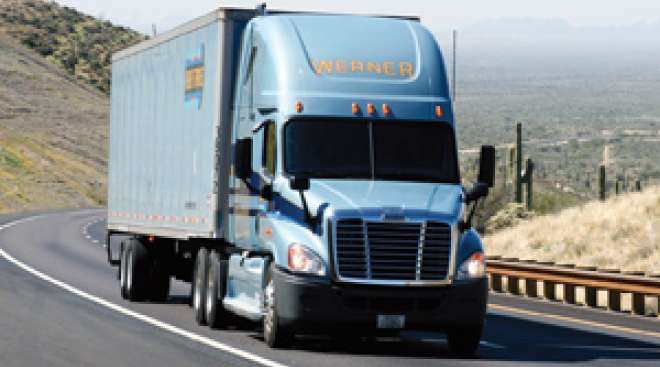 The deployment includes outfitting all of Werner’s new dry-van trailers with the tracking units, as well as an “aggressive” retrofit program for its current trailers this year, they said an a Feb. 2 announcement.

Steve Phillips, Werner’s senior vice president of fleet resources, said Spireon was able to identify ways for the carrier to better utilize its fleet during the one-year proof of concept.

Werner, based in Omaha, Nebraska, ranks No. 14 on the Transport Topics list of the largest U.S. and Canadian for-hire carriers.

The company operates a fleet of more than 7,000 tractors and nearly 24,000 trailers, most of which are dry vans. Its transportation services include dedicated carriage, medium-to-longhaul, regional and local van, expedited, temperature-controlled and flatbed.