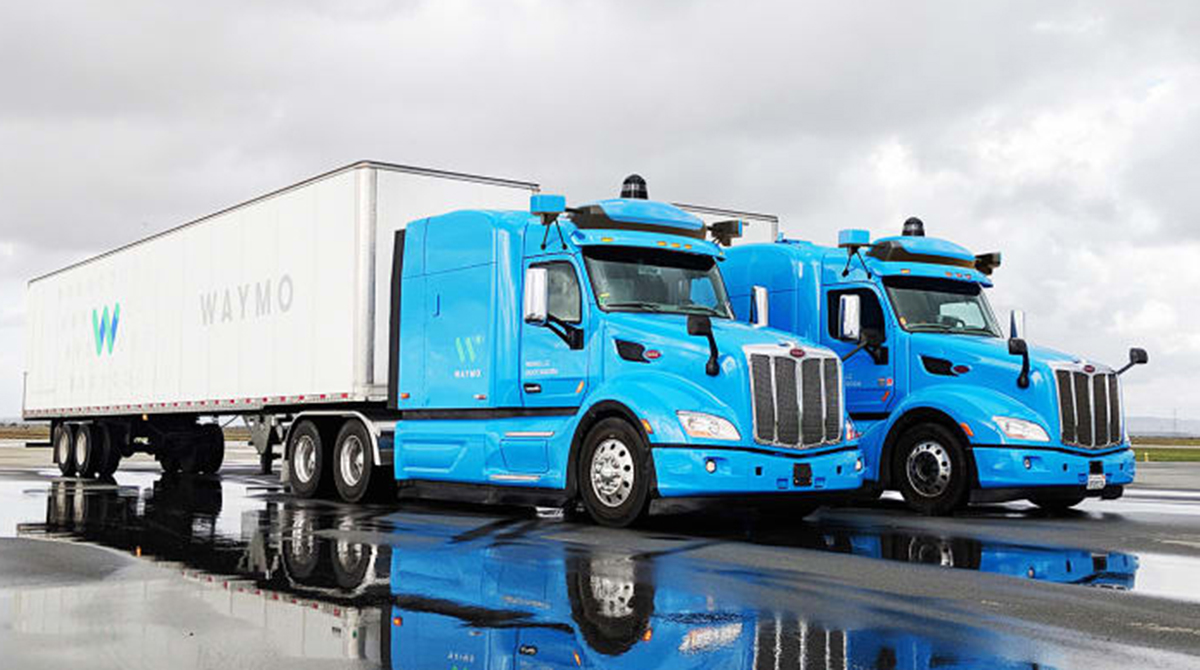 It’s getting to be a traffic jam.

Waymo said it will be operating Class 8 Peterbilt trucks on Atlanta-area freeways and local roads with a test driver in the cab at all times.

The trucks are outfitted with a sensor system similar to that on the Chrysler Pacifica minivans that Waymo is operating in Arizona. That equipment includes light detection and ranging equipment, radar and vision systems. 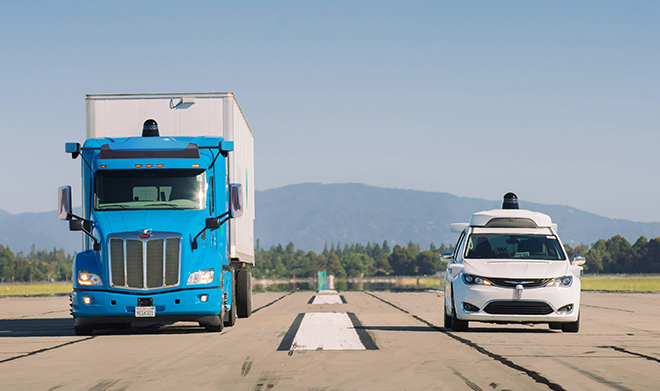 The minivans operate at Level 4 of autonomous capability, meaning they can drive themselves safely without any human input within certain parameters.

A Waymo spokesperson said the goal of its Atlanta project is to operate freight trucks at a Level 4 capability. If successful, it will integrate its technology “into the operations of shippers and carriers, with their network of factories, distribution centers and ports and terminals.”

Atlanta was chosen because it is a large logistics hub and Google has been operating data centers there since 2003.

Waymo and Google, both subsidiaries of Alphabet, have been developing, building and testing autonomous vehicle systems for nearly 10 years, but that primarily consisted of consumer vehicles.

Last year, Waymo began testing Class 8 trucks in California and Arizona, a learning experience for the organization. Driving is driving, the company explains “but things like braking, turning and blind spots are different with a fully loaded truck and trailer.”

In announcing the project, Waymo reminded its autonomous truck competitors that it has driven autonomous vehicles about 5 million miles on roads and 5 billion miles in computer simulations.

“In short, our near-decade of experience with passenger vehicles has given us a head start in trucking,” Waymo reported.

Uber Freight this month began regular freight hauls on Route 40 in Arizona. The company said it was using dry-van trailers to carry consumer products but declined to name its shipper clients.

Uber is operating a hub-style system, with self-driving trucks primarily running on highways and human drivers taking over on local roads and around depots. A recent trip entailed a Los Angeles-based driver booking a load on Uber Freight in the morning and hauling it to Topock, Ariz., where he swapped trailers with a self-driving truck. He then returned with his new load and made it home in time for dinner.

Embark ran a self-driving truck about 2,400 miles this year from California to Florida, the first time a self-driving truck has gone coast-to-coast. The modified Peterbilt tractor operated autonomously for nearly all highway driving, though a human driver was in the cab.

Embark CEO Alex Rodrigues told Transport Topics the truck should be available in a few years.

Beijing- and San Diego-based TuSimple is preparing this year to run Level 4 trucks 120 miles from Tucson to Phoenix, Ariz., for an unnamed commercial shipper. It also uses Peterbilt Class 8 trucks.

TuSimple conducted successful tests last summer of its Level 4 systems in China and on a 200-mile run from San Diego to Yuma, Ariz. TuSimple provides the stack of autonomous technology that includes Nvidia graphics processing units and its Drive PX computer system, along with multiple radar and camera sensors.