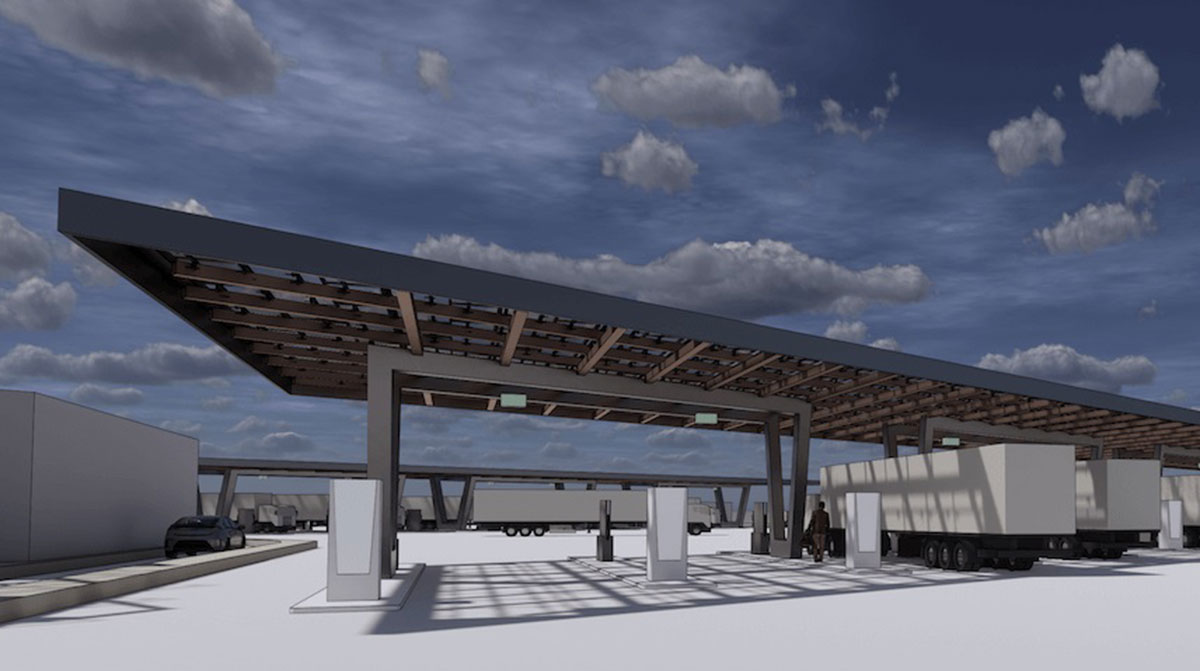 Artist rendering of the WattEV solar-powered truck stop. Groundbreaking is scheduled to begin in October in Bakersfield, Calif. (WattEV)

Groundbreaking on the project in Bakersfield is expected in late October, according to the El Segundo, Calif.-based company.

“Our successful private-equity seed funding, in addition to the grant awarded for this project, are important milestones in our effort to deploy 12,000 electric heavy-duty trucks on the road by 2030, WattEV CEO Salim Youssefzadeh said in a release. 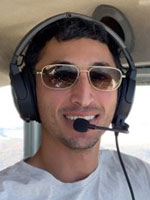 Joining WattEV and the California Energy Commission on the project are the San Joaquin Valley Air Pollution Control District, the Central California Asthma Collaborative, Greenlots, Power Electronics and several others.

In addition to the Bakersfield project, WattEV reported it is in the planning stages for similar projects in San Bernardino and Gardena in Southern California. Both of these electric truck stops will serve the Port of Los Angeles and Port of Long Beach and the warehouses fed by goods coming through the ports.

WattEV said it plans to run its own fleet of 30 heavy-duty electric trucks by the end of 2022 to deploy under contract with several Southern California fleet customers. Its first fleet partnership is with Total Transportation Services Inc. — Roger Gilroy