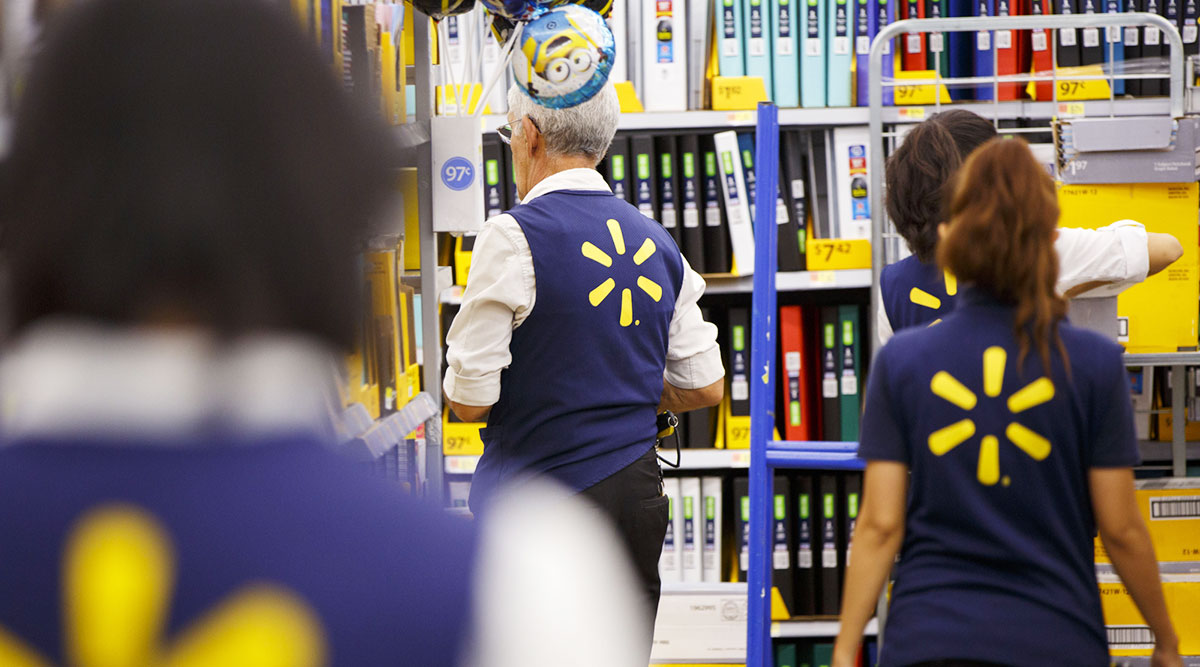 Buffett’s Berkshire Hathaway Inc. has sold its last Walmart Inc. shares, according to a filing Nov. 14, ending a relationship that dates more than two decades. The world’s largest retailer was once one of Berkshire’s five biggest equity holdings as recently as 2014, valued at more than $5 billion, but Amazon.com encroachment since then has prompted Berkshire to pare down that stake. Walmart shares have risen 2.8% this year, compared with Amazon’s 37% boost. 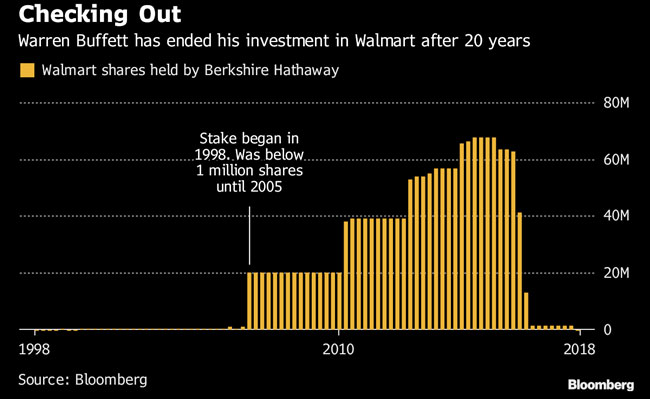 Buffett has long highlighted the vulnerability of iconic retailers, citing Sears, F.W. Woolworth and Montgomery Ward as merchants that lost their dominant positions. More recently, he’s focused on the threat from companies such as Amazon that sell everything from food to clothes and electronic gadgets online. While Buffett is known for sticking with stocks such as Coca-Cola Co. for decades, he’s not wedded to favorites when circumstances change.

Buffett has a long history with the retailer, buying its McLane food-distribution business in 2003. Berkshire disclosed a stake of 19.9 million shares in 2005 and doubled the holding by the end of 2009. The company is ditching Walmart at a time when the retailer is investing billions to keep pace with Amazon online.

Berkshire Vice Chairman Charles Munger has publicly regretted being late to recognize Walmart’s dominance and has said he should have invested in the retailer sooner. In selling, Berkshire hopes its timing is better this time around.