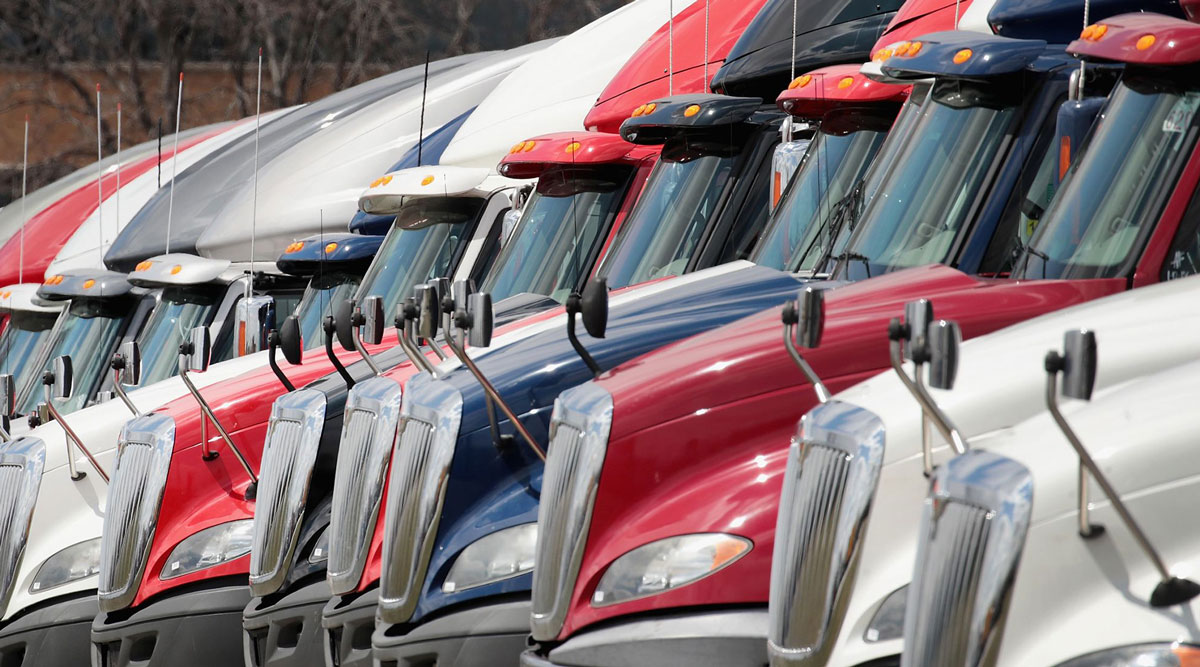 International trucks are parked in a lot outside the Navistar facility in Melrose Park, Ill. (Scott Olson/Getty Images)

Navistar International Corp. confirmed that Volkswagen AG’s heavy-truck business boosted its bid to buy the rest of the U.S. manufacturer for $3.6 billion.

Traton SE increased its offer to purchase the portion of stock it doesn’t already own to $43 a share, up from $35 a share offered in January.

“Navistar’s board of directors and management team are committed to exploring all avenues to maximize value,” the truck maker said in a statement on Sept. 10.

“Consistent with its fiduciary duties, the board will carefully review the revised proposal from Traton in consultation with its advisors to determine the course of action that it believes is in the best interests of the company and its stakeholders,” the statement continued.

Bloomberg News reported recently that the VW division was seeking to restart negotiations this month to win over Navistar’s management and main shareholders, which include billionaire investor Carl Icahn.

By acquiring Lisle, Ill.-based Navistar, VW would secure a strong position in the U.S. heavy-truck market and step up its challenge to Daimler AG and Volvo AB.

VW said in a separate statement that it will provide funds for the financing of Traton’s increased offer.

“A strategic buyout of Navistar remains an eventual outcome with a competing bid unlikely,” Christopher Ciolino, an industrials analyst for Bloomberg Intelligence, wrote in a report. VW’s minimal presence in the North American truck market and Navistar’s strong dealer network may justify an even higher offer, he said.

Traton already owns almost 17% of Navistar, trailing only Icahn, according to data compiled by Bloomberg. Its third-largest shareholder is Mark Rachesky, the founder and chief investment officer of MHR Fund Management, with a 16.3% stake.

Officials representing the German side and Navistar had been discussing the potential range of a higher offer that would be sufficient to secure access to Navistar’s books, Bloomberg reported.

Navistar had thus far resisted allowing due diligence because it considered the initial bid to be too low.

“Navistar shareholders do not need to take any action at this time, and there is no assurance that any transaction with Traton will occur or be consummated,” Navistar’s statement read. It said that the company would not have any further comment.

VW and Traton executives earlier this year stoked doubts among investors about whether the deal would move ahead after acknowledging that talks were on hold due to the coronavirus pandemic, though they said there was still strategic rationale for pulling it off.

VW purchased its stake in Navistar in 2017, laying the groundwork for establishing a footprint in North America, the truck industry’s largest source of profits.

Its most recent financial report, for the fiscal third quarter, showed a near 50% decline in truck sales due to the impact of COVID-19 on the U.S. economy. It posted a net loss of $37 million, or 37 cents per share, compared with a profit of $156 million, or $1.57, in the same period a year ago. Revenue plunged 45% to $1.67 billion compared with $3.04 billion in the same year-ago period.

Navistar is taking a minority interest in the San Diego-based automated truck company TuSimple, in hopes of making a Level 4 autonomous truck by 2024.