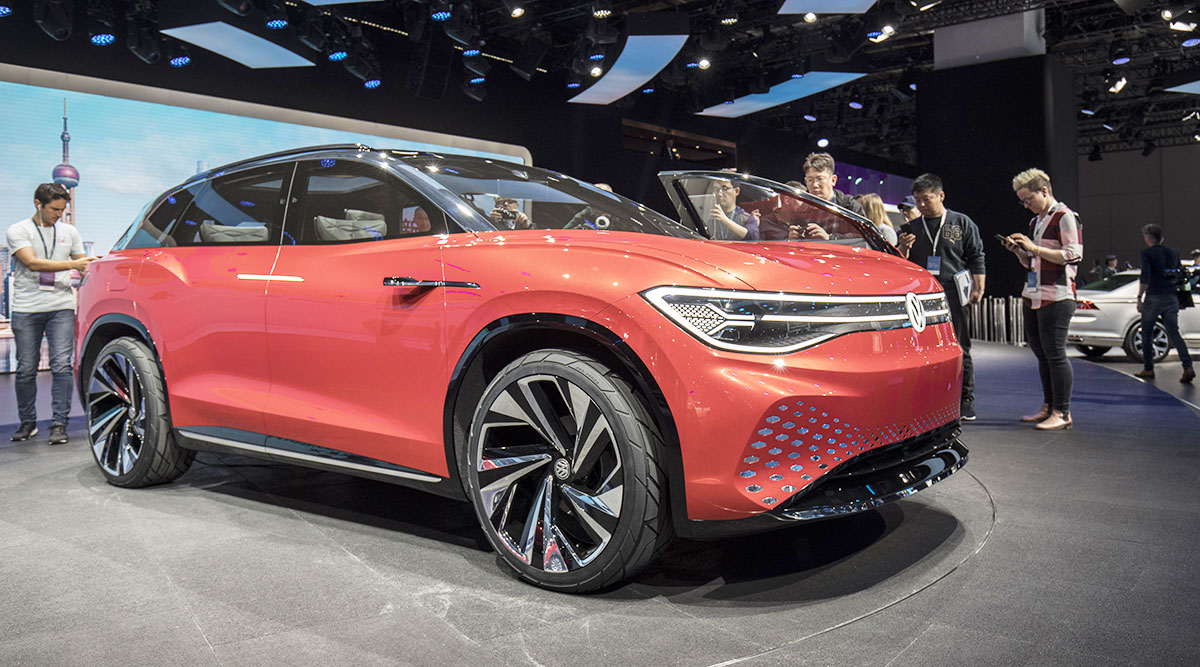 Volkswagen AG is about to find out whether consumers will back its 30 billion-euro strategy to topple Tesla Inc. as the electric-car leader.

The German auto giant is taking 1,000-euro deposits to secure one of the first in a new range of battery-powered models. The new ID.3 hatchback — which VW hopes will be the electric car successor to the iconic Beetle — will start at less than 30,000 euros, about the same level as the diesel variant of its best-selling Golf hatchback.

“We are not playing,” VW sales chief Juergen Stackmann said at an event in Berlin launching the reservation program. “This is the car to beat for the future, for all our competitors.”

The ID.3 anchors the rollout of more than 20 battery-powered models in coming years with a goal of selling more than 1 million electric cars annually by 2025. The ambitious effort is set to stoke competition in a segment in which automakers struggle to generate returns and is mainly driven by tighter pollution regulations. Stackmann said that its electric cars “must make money.” 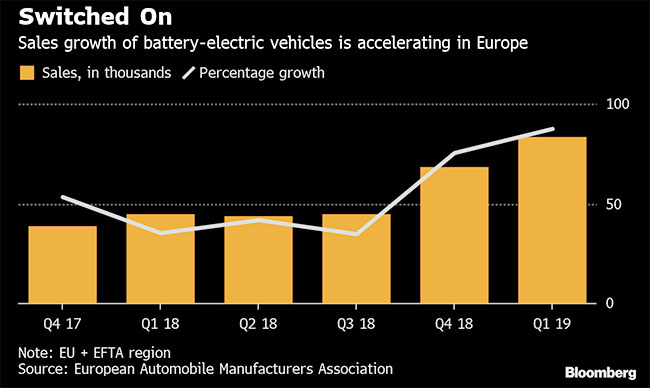 While some consumers have shown interest in the vehicles — which generally cost more but have less range than combustion models — electric cars haven’t broken through on the mass market.

To drum up interest, VW is offering a special edition of the ID.3 that is limited to 30,000 vehicles and includes a year’s free charging at stations connected to the company’s WeCharge app. Reservations are open for consumers in 29 countries across Europe, with Germany, Norway and the Netherlands expected to be among the top markets, according to VW. Stackmann expects the reservation book to be filled before the company unveils the car in September.

The limited-run variant will cost less than 40,000 euros and includes a battery capable of powering the car for 261 miles. The basic version has a range of 206 miles, while the top-of-the-line model can drive as far as 342 miles on a charge.

In a sign of its growing marketing rivalry, Tesla sent an e-mail to prospective German customers May 7, trumpeting its Model S and Model X as having the best range of electric cars in series production. Volkswagen is slated to start mass assembly of the ID.3 late this year, with the first deliveries in mid-2020. Overall, VW is aiming to sell 100,000 ID.3 vehicles annually.

Tesla raised $2.35 billion last week to pad its coffers amid struggles to generate profits sustainably. The California-based carmaker’s push into Europe and China puts it in direct competition with VW and its upscale sister brands, Audi and Porsche, which also are ramping up electric car plans.

“Volkswagen is a big player,” Stackmann said, “and when we go, a lot of people follow.”