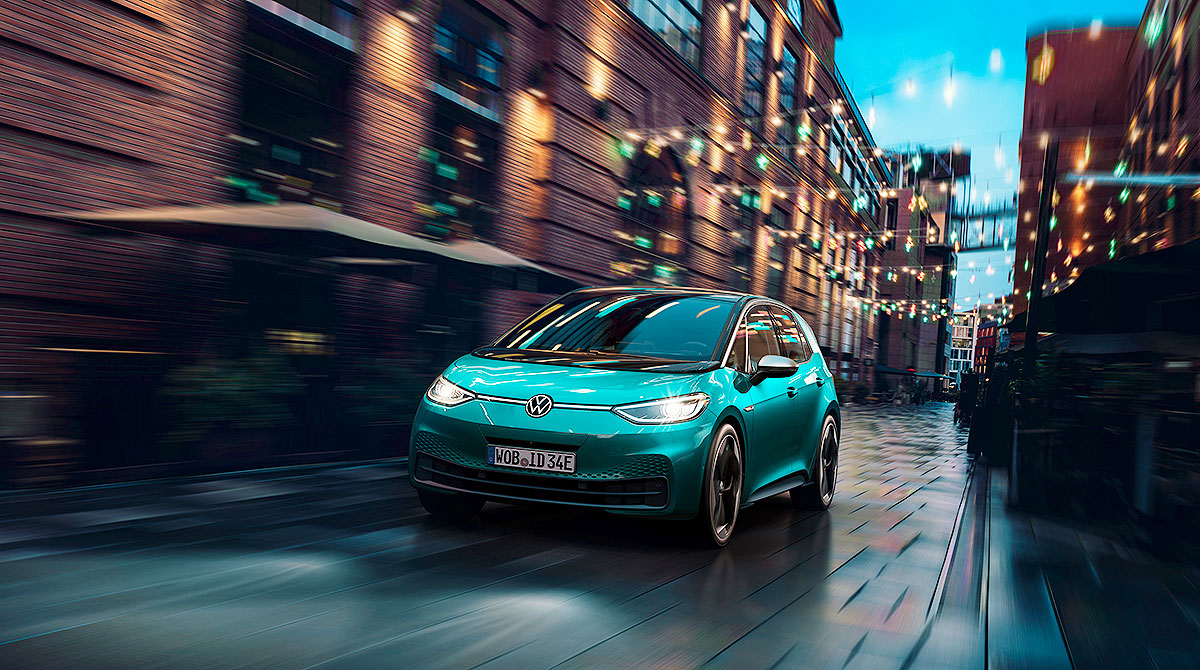 Days before production starts on Volkswagen AG’s cornerstone electric vehicle, the German manufacturer is stepping up a campaign to more than double its market value and gain investor recognition for the industry’s most ambitious technology push.

In an internal newsletter sent last week, Chief Financial Officer Frank Witter prodded managers to get behind a goal to reach a valuation of $221 billion, arguing that a higher stock price will help VW keep pace with rivals and strengthen its hand in negotiations with future partners. Witter’s message confirms a goal reported earlier this month by Bloomberg.

“We must increase our company value in order to stay competitive,” Witter said in the newsletter seen by Bloomberg. “A higher capital market value reflects profitability and financial strength along with the future viability of a company.”

The need to act is evident in VW’s numbers. The world’s biggest carmaker leads Toyota Motor Corp. in deliveries and generates robust cash and profits. But its main global rival has more cost-efficient manufacturing operations and a market value of 24.4 trillion yen ($225 billion), versus about $95 billion for VW.

VW’s lower valuation and earnings multiples suggest investors aren’t convinced the company’s plan will succeed in making VW a leader in electrification with new, money-spinning software-based services. The company starts production on the all-electric ID.3, a key entry in an e-car onslaught that will eventually span 70 models across the group, at its plant in Zwickau on Nov. 4, with an event to be attended by German Chancellor Angela Merkel.

“We are tackling crucial future areas, among them e-mobility and digitalization, with resolution and determination,” Witter said. “That boosts our credibility and the capital market gains more trust in our future viability.”

A VW spokesman confirmed the authenticity of the newsletter, which will be used to regularly update managers on developments in the capital markets, and declined to comment further. The company has linked compensation of its top executives more closely with share-price performance, and is phasing in the system across management ranks.

The seven-point plan includes strengthening individual brands such as VW, Audi and Porsche, growth in China and boosting software operations.

“We have a lot of potential within the group,” VW Chief Executive Officer Herbert Diess said on the sidelines of the presentation of the revamped Golf on Oct. 24. “We can make better use of synergies internally.”

The newest generation of the #VWGolf promises a unique range of innovations aimed at tackling the challenges of today. See how connectivity, usability, sustainability, safety, comfort and design come together in the #Golf8. https://t.co/zApbE366LM #shapingmobility pic.twitter.com/IKgm5QQqFw — Volkswagen Group (@VWGroup) October 25, 2019

Investors and analysts have intensified calls for VW to become more nimble and address an unwieldy conglomerate structure that includes 12 automotive brands. Porsche alone could be worth 100 billion euros in a potential initial public offering, according to Bloomberg Intelligence.

The company has been weighing options for the Lamborghini unit, including a sale or a stock listing, people familiar with the matter said this month. While no decisions have been made, VW has started preparations to fold the Italian supercar brand into a separate legal entity. VW has said there is no plan in place for a Lamborghini IPO or sale.

While Fiat Chrysler Automobiles NV unlocked value with the IPO of its Ferrari unit, now worth about $30 billion, key VW stakeholders have stifled similar moves in Germany.

An asset review started in 2016 has brought few tangible results to date, beyond an aborted effort to sell the Ducati motorbike brand and an initial public offering of the trucks division this year after much internal wrangling.