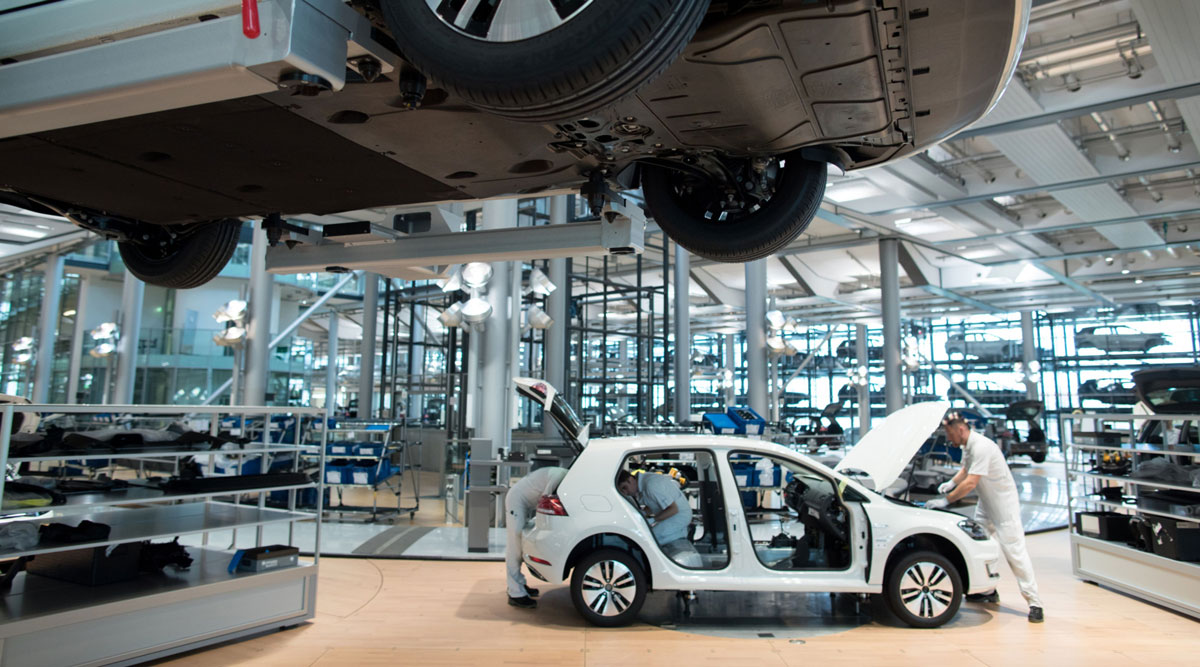 Employees work on an electric automobile on the assembly line of a Volkswagen AG factory in Germany. (Jasper Juinen/Bloomberg News)

Volkswagen AG’s sprawling operations in Europe are starting to feel the effects of the coronavirus pandemic, as the German carmaker joined peers such as Fiat Chrysler Automobiles NV in winding down output at some of its factories.

Restricted access to sites, particularly in hard-hit areas like Italy and Spain, have complicated the movement of parts and finished cars, a Volkswagen spokesman said March 16 by phone.

The world’s largest automaker said that impacts from production stops, including in Spain and at its Lamborghini site in Italy, are starting to ripple out to plants including its U.S. factory in Chattanooga, Tenn. Earlier March 16, Fiat Chrysler said its Italian unit and the Maserati brand would suspend production in Europe.

European countries including Germany have tightened border controls to stop the spread of the coronavirus, though they’ve so far allowed goods to traverse freely. Governments across Europe have restricted internal movements, while many workers are staying home, slowing the pace of output.

VW, also Europe’s largest industrial company, is set to provide an update on its business prospects at its annual earnings press conference March 17. The manufacturer employs some 670,000 people at 122 factories across the globe.

CEO Herbert Diess told Bloomberg TV on March 13 that the Chinese market has started to recover, but the situation in Europe remains difficult to predict and warned that closed borders could trigger factory shutdowns.

VW’s management board and top labor leaders have called on workers to prepare for more difficulties ahead, according to a letter to staff seen by Bloomberg.

“The next weeks will be strenuous, maybe hard as well,” Diess, works council head Bernd Osterloh, his deputy Daniela Cavallo as well as VW personnel chief Gunnar Kilian, said in the letter.

“But as Volkswagen team we can hold our ground together.”