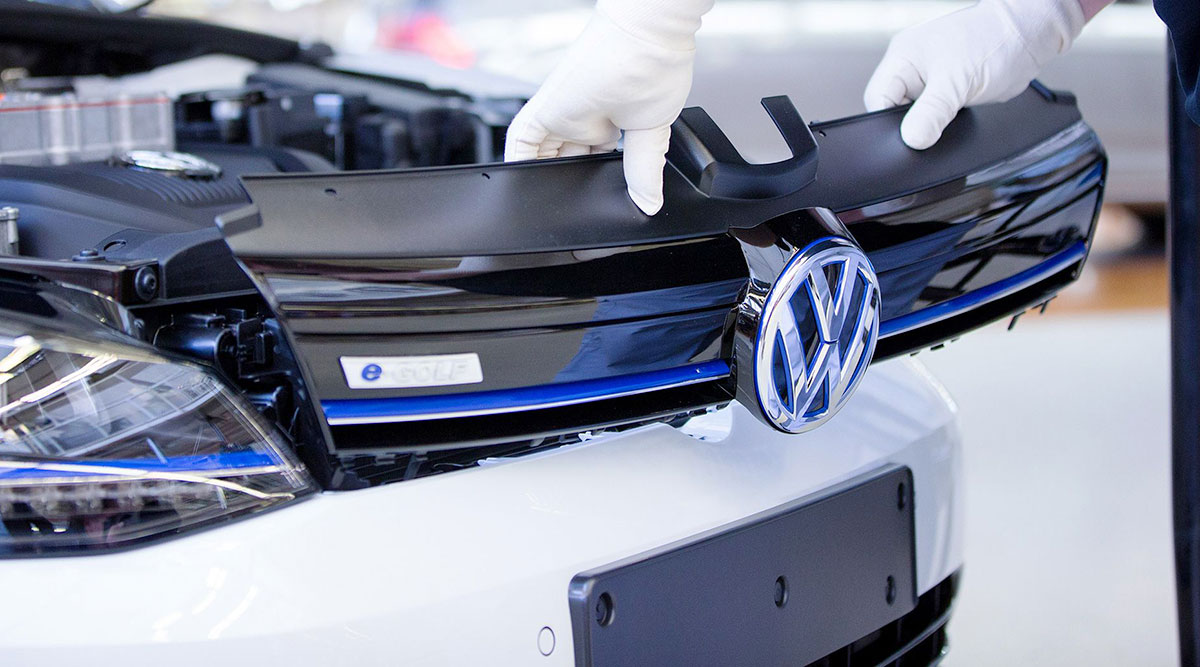 Volkswagen AG joined PSA Group in using sales of lucrative SUVs to stand out against a crowd of carmakers struggling with the auto market’s downturn.

The same day Nissan Motor Co. said it would cut about 10% of its global workforce after quarterly profits fell to almost zero, VW on July 25 beat profit expectations in an increasingly difficult environment.

Models such as the VW T-Roc crossover and Skoda Karoq account for some 35% of deliveries this year compared with just 25% last year, a turnaround after VW lagged rivals’ SUV lineups for years. Sales of higher-priced SUVs helped boost Peugeot-maker PSA’s first-half return on sales to a record. VW’s shares rose as much 2.2%.

“Our model mix is improving, and we’ve been successful with our pricing,” Chief Financial Officer Frank Witter said in an interview on Bloomberg TV. The second half of the year will be “potentially difficult” in a “weaker market environment,” he said. 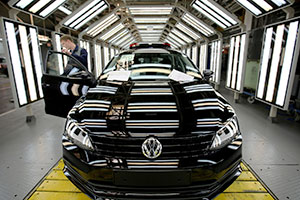 To counter declining demand, VW has scaled down production plans by some 450,000 cars for this year and will lower output further if necessary, Witter said. VW’s cut approximately equals the annual output of one its 122 factories worldwide and exceeds Tesla Inc.’s entire targeted 2019 deliveries of between 360,000 and 400,000 cars.

Carmakers have struggled in the past months with falling demand, trade tensions and record spending for electric and self-driving cars that’s squeezing returns, leading companies such as Daimler, Tesla and Ford Motor Co. to cut annual guidance or fall short of expectations.

China, the world’s biggest car market, contracted 12% through June amid declines in the United States and Europe and forecasts for a tough second half of the year. Nissan on July 25 said it will cut 12,500 jobs, reduce global production capacity by 10% by the end of fiscal 2022 and slim down its product lineup.

“VW may see fresh records on sales, revenue and operating results this year,” NordLB analyst Frank Schwope said in a note. “However, worsening trade conflicts and ongoing high investments in future technology for electric and self-driving cars will make for a volatile environment.”

While Volkswagen’s second-quarter profit excluding special items declined 8.1% to 5.13 billion euros ($5.7 billion), it still beat analyst expectations of 4.9 billion euros. The company kept its margin guidance unchanged for an operating return on sales in a range of 6.5% and 7.5%.

VW remains on track to generate at least 9 billion euros in cash this year after first-half results offer “a stable basis,” Witter said.

VW last month listed its trucks business, Traton SE , a significant move toward its goal of greater focus on the main car business. Investors expect an update on the next steps to streamline VW’s conglomerate structure, which might include selling industrial machinery units Renk AG and MAN Energy Solutions.