VW Board Backs CEO to Ease Tensions After Turmoil 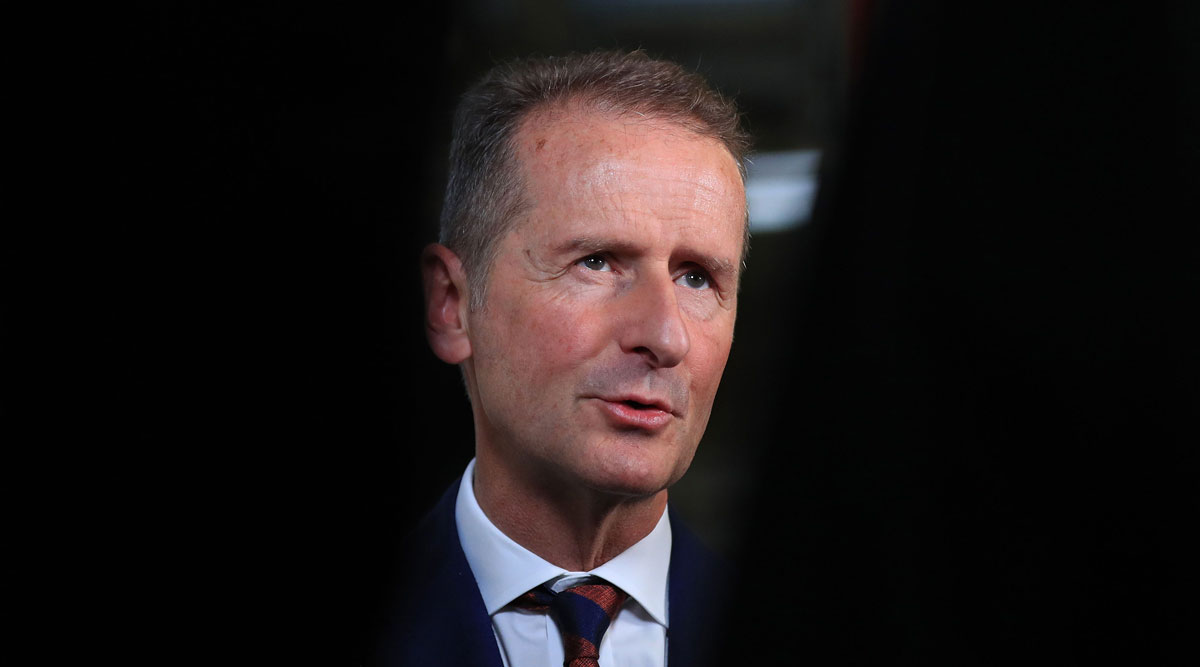 Volkswagen AG’s supervisory board accepted an apology from CEO Herbert Diess, with the unusual public statement reflecting the tension caused by an internal dust-up.

Diess, already under fire for snags plaguing key models, accused supervisory board members last week of committing crimes by leaking confidential discussions, according to people familiar with the matter. The allegations were a serious affront to Volkswagen’s power players, who have orchestrated the ouster of numerous top executives over the years.

The CEO was stripped of a key operating role as a result of the dispute, which nearly cost him his job. While he has weathered the spat for now, the board offered only minimal backing on June 9.

“The members of the supervisory board accepted the apology of Dr. Diess and will continue to support him in his work,” the 20-member body said in a statement.

During an internal event last week, Diess told more than 3,000 managers that the leaks could cause problems with U.S. authorities, which are monitoring the company as part of the settlement from the 2015 diesel-cheating scandal, said the people who asked not to be identified discussing internal events.

Roused by the scolding and already unhappy with production issues, some board members pondered his dismissal as group CEO, but pulled back amid internal dissent as Volkswagen battles the biggest industry slump in decades, the people said.

The supervisory board instead decided on June 8 to take away his direct control over the namesake VW brand, a high-profile position at the center of the auto giant’s operations.

Diess didn’t intend to suggest that members of the supervisory board were guilty of an offense and offered an apology over the weekend, VW said in an emailed statement. His remarks referred to media reports that were apparently based on leaked confidential information, the company said.

Tangling with Volkswagen’s supervisory board — which includes labor leaders, officials from the state of Lower Saxony and members of the Porsche-Piech family, which owns the majority of VW voting shares — is a risky endeavor. Past executives including Bernd Pischetsrieder, Wolfgang Bernhard and even former patriarch Ferdinand Piech were forced out after running afoul of the body.

The infighting comes at a critical time for Volkswagen. The German carmaker is trying to soften the impact of the coronavirus crisis, while also managing an epochal shift toward electric vehicles.

Diess has been under pressure over concerns that VW’s flagship Golf and the electric ID.3 might face greater difficulties as software problems hamper production. On June 8, Volkswagen said that Ralf Brandstaetter, currently chief operating officer for the VW brand, will take over leadership of the group’s largest unit so that Diess can focus on overall strategy.

The move is a blow for Diess and sets up potential conflict down the road. Except for brief periods, the CEO of the group has always run the VW brand, and Diess restored the practice when taking the reins two years ago.

After jumping ship from BMW AG, Diess has frequently been at the center of tensions at Volkswagen. He weathered a spat with powerful labor leaders, who openly questioned his credibility, to wrest the CEO job from predecessor Matthias Mueller in 2018. Last year, he caused controversy by evoking a Nazi slogan at an internal company event, forcing the executive to apologize publicly.

To move past the diesel scandal, Diess has pushed VW to invest heavily in electric cars and reached a key agreement with unions to cut labor costs.

“Were things to deteriorate further, the departure of CEO Diess from the group would at the very least mean a delay in the VW transformation thesis,” said Timm Schulze-Melander, an analyst at Redburn.