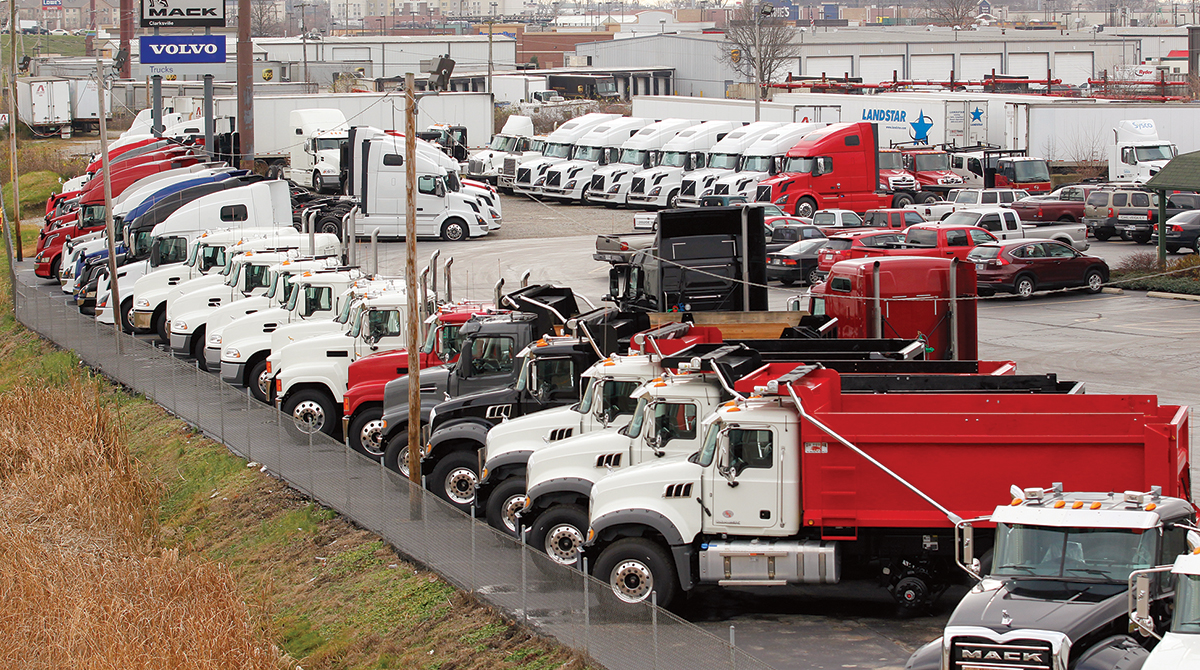 Sales of used Class 8 vehicles rose 25% in September as the economy churned through inventory and cleared the way for more freight to be moved, ACT Research Co. reported.

Sales rose to 3,731 trucks compared with 2,985 a year earlier, according to ACT’s sample of dealers, wholesalers and auctioneers as well as a few large fleets.

ACT uses the sample of those that consistently report to determine average prices, age and mileage. The sample includes about 13% of the total market, which it says is statistically enough to project market conditions.

The gain in sales “is indicative of the broader market,” ACT Vice president Steve Tam said, and he pointed to the growth in the gross domestic product and the steadiness of the inventory to retail sales ratio.

GDP increased at an annual rate of 3% in the third quarter of 2017, according to the advance estimate released by the Bureau of Economic Analysis. In the second quarter, real GDP increased 3.1%.

Also, the inventory to retail sales ratio remained elevated for quite some time, then plateaued about six months ago, he said.

Tam said: “We began to ask the question, ‘Is this a structural change because of the way we are starting to do business — with the Amazon.com effect and more business-to-consumer [deliveries]?”

Fast delivery to customers’ doorsteps require more inventory be positioned closer to those customers, he said.

“How do you maintain that elevated inventory and still grow the economy at 3%? There has to be churn in the inventory. There has to be freight, and we are seeing that freight growth,” he said.

Rates are going up, capacity is getting squeezed and all of that is “spilling over into the need for more trucks,” he said.

“We continue to whittle away at that [year-over-year] difference and have been hovering in that $40,000 neighborhood for the last eight months,” Tam said.

Plus, the average number of Class 8 sales per dealership rose in September to six trucks, or 1.2 trucks higher than September 2016, said Chris Visser, senior analyst in commercial vehicles valuation services with J.D. Power.

“We have to go all the way back to July of 2014 to see a higher figure. It is possible some minor pent-up demand after the late August and early September hurricanes contributed to the result,” Visser said.

“I continue to characterize the used truck market as less of a headwind for sellers,” Tam said.

“Our used truck inventory has declined progressively throughout this year. And so as we end the third quarter, we’re at our lowest level of used trucks that we’ve had,” Paccar Inc. CEO Ronald Armstrong said during an earnings call with analysts on Oct. 24.

“So we’re well-positioned with a good level of inventory to sell into the market, both out of our retail sales locations as well as through our dealers. So we’re right where we feel we need to be with respect to used-truck inventories,” Armstrong said.

Mileage is still trending down as fleets shorten their trade cycles, Tam said.

The mileage on the average used heavy-duty truck in September was 441,000 compared with 447,000 a year earlier.