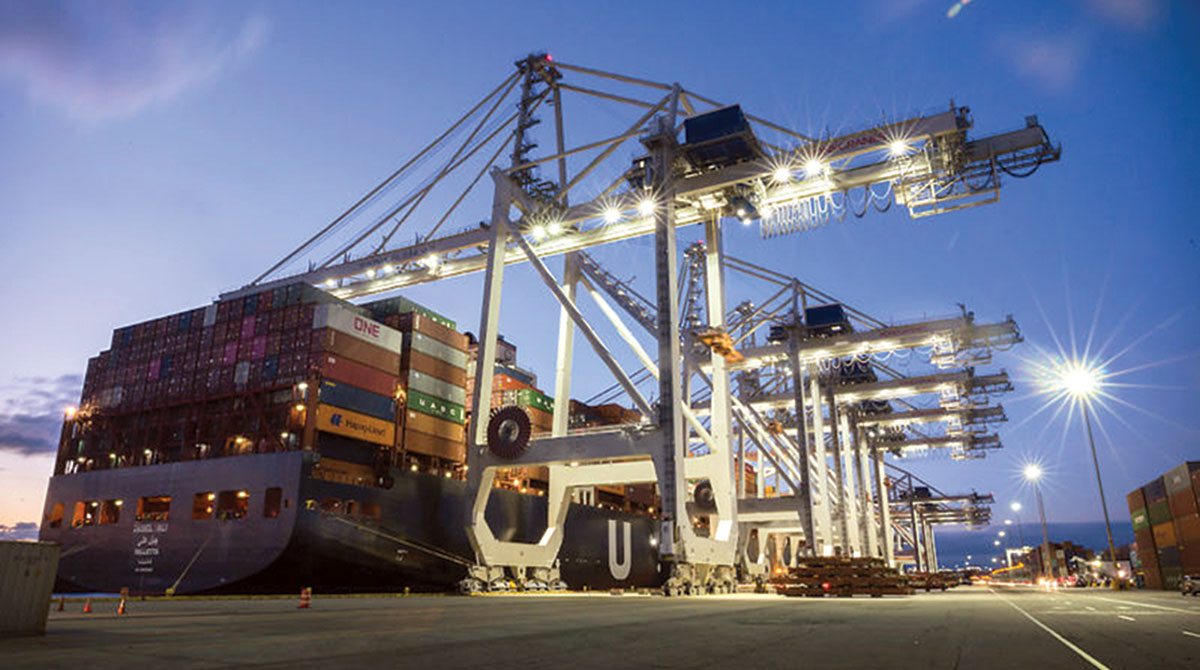 The Biden administration task force on supply chains recently paved the way for the Georgia Ports Authority to be able to reallocate more than $8 million for inland facilities in the state, as well as North Carolina.

This is part of a White House effort to provide near-term assistance across freight corridors nationwide. Specifically, the funding would aim to convert existing facilities into five pop-up container yards.

The five yards, which would be accessible via rail and truck, would be there to help accommodate more than 500,000 containers over a year, according to a summary provided by the administration.

This week: @USDOT announced that it would be funding the @GaPorts pop-up container yards project to free up more dock space and speed goods flow in and out of the Port of Savannah, which leads the nation in containerized agricultural exports.

The move by the task force is intended to alleviate congestion at the Port of Savannah. Specifically, as part of the plan, the port would transfer containers inland to expedite delivery. Doing so, officials say, would expand access to dock space and propel the flow of goods to and from the port.

“More container traffic flows through a smaller number of U.S. ports with the offshore and onshore capacity to handle the largest vessels and their cargo. Taken together, America’s underfunded port and waterway infrastructure has real costs for our families, our economy, and our global competitiveness,” noted the U.S. Department of Transportation, which also announced it would award $230 million in funding for the Port Infrastructure Development Grant program, as well as $13 million for the Marine Highway Program to facilitate waterborne freight service.

“We announced funding for a project in Georgia. It’s an inland port to help goods move onward from the Port of Savannah. It is to create a new 300-plus-mile freight connection between the seaport and the inland port that makes it faster to get the goods out of the port and then sort them so that they can get on the way to shelves,” Transportation Secretary Pete Buttigieg told the White House press corps this month. “For every project like this, there are many more that are worthy but that we can’t support.”

“We’ve seen so many impacts of climate change on American lives, on our transportation systems themselves, and that’s part of why this plan includes funding to put people to work electrifying our power grid, make our infrastructure more resilient to extreme weather and build out a national network of half a million electric vehicle chargers, and expand public transit, as I mentioned earlier, which is also a huge part of the climate solution,” said the secretary.

Tucked in the recently enacted $1 trillion infrastructure policy measure is $17 billion meant for improvements at coastal ports, inland ports, waterways and land ports of entry along the border.

President Joe Biden, during an address this month at the Port of Baltimore, said: “We’re going to reduce congestion. We’re going to address repair and maintenance backlogs, deploy state-of-the-art technologies and make our ports cleaner and more efficient. And we’re going to do the same with our airports and freight rail.”

The American Society of Civil Engineers has determined certain ports along freight networks are in need of repairs and modernization. The ports also are under threat from sea level rise. The White House task force recently noted, “We cannot lose sight of the fact that we have underinvested in this system for decades.”