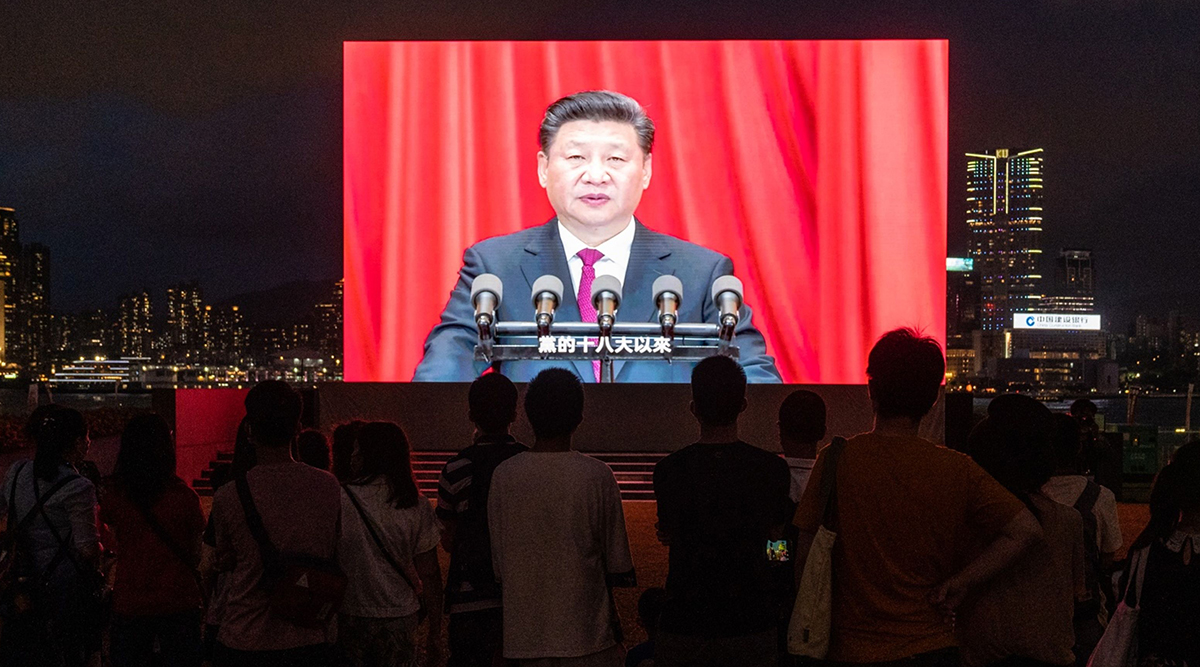 The Biden administration is weighing a new investigation into Chinese subsidies and their damage to the U.S. economy as a way to pressure Beijing on trade, people familiar with the matter said.

Top Biden economic advisers, including U.S. Trade Representative Katherine Tai and Commerce Secretary Gina Raimondo, are meeting Sept. 10 to discuss the potential probe, the people said. They also will discuss the January 2020 trade deal reached under President Donald Trump and enforcement options along with a path forward for an estimated $300 billion in tariffs imposed on Chinese imports, the people said on condition of anonymity because the talks are private.

USTR has asked outside consultants to help quantify the damage from Chinese subsidies to measure the kind of response that’s appropriate should the investigation proceed, two of the people said.

The offshore yuan pared gains after the report. The S&P 500 Index and the Nasdaq Golden Dragon China Index — which tracks firms listed in the U.S. that conduct a majority of their business in China — hit their lows of the session after the news, while the declines were modest.

The meeting comes less than a day after President Joe Biden and his Chinese counterpart Xi Jinping held a 90-minute phone call in which Biden expressed frustration with Beijing’s lack of seriousness in engaging with his team.

Biden also wanted to ensure that the relationship between the world’s largest economies doesn’t veer into conflict and explain the intention behind U.S. actions targeted at Beijing and its behavior, a U.S. official said.

Xi, meanwhile, told Biden that the “China policy adopted by the United States for some time has caused serious difficulties” in relations, according to state broadcaster China Central Television.

A USTR spokesman declined to comment, while Commerce Department and White House spokespeople didn’t immediately respond to requests for comment.

“Certainly economic topics were a part of the discussion last night, but they were not a major part of the 90-minute call that the president had with President Xi and it wasn’t a call that was intended to produce final outcomes or deliver final outcomes,” White House Press Secretary Jen Psaki said.

“There are I can’t even tell you how many meetings among high-level policy officials and cabinet members on a daily basis,” she said of the Tai-Raimondo meeting. “We typically don’t confirm those, but that is not out of the normal nor is it an indication of anything other than people in the government doing their work.”

The administration is leaning toward reinstating an exclusion process for certain tariffs, though a decision has not yet been made, two of the people said. The business community and many lawmakers have asked the administration to allow for such exemptions from the duties.

Some in the administration believe that the duties imposed under Trump have not led to the desired changes in China’s behavior and over time have lost their ability to serve as leverage to get China back to the negotiating table or to fulfill its commitments made in the 2020 “phase one” deal.

An investigation under Section 301, the same statute used by the previous administration to impose widespread tariffs on imports from China, would take months to conclude.

It is not clear when the White House would announce the outcomes of its review on these matters, but an administration official said it may happen in the near future.

The White House is taking into account any collateral damage that may result from taking action on China, and how potential Chinese retaliation could impact American workers and farmers, one of the people said.

The U.S. also wants to ensure that neither its allies nor members of Congress are blindsided by its actions and is prioritizing consultations ahead of any announcement, the person added.