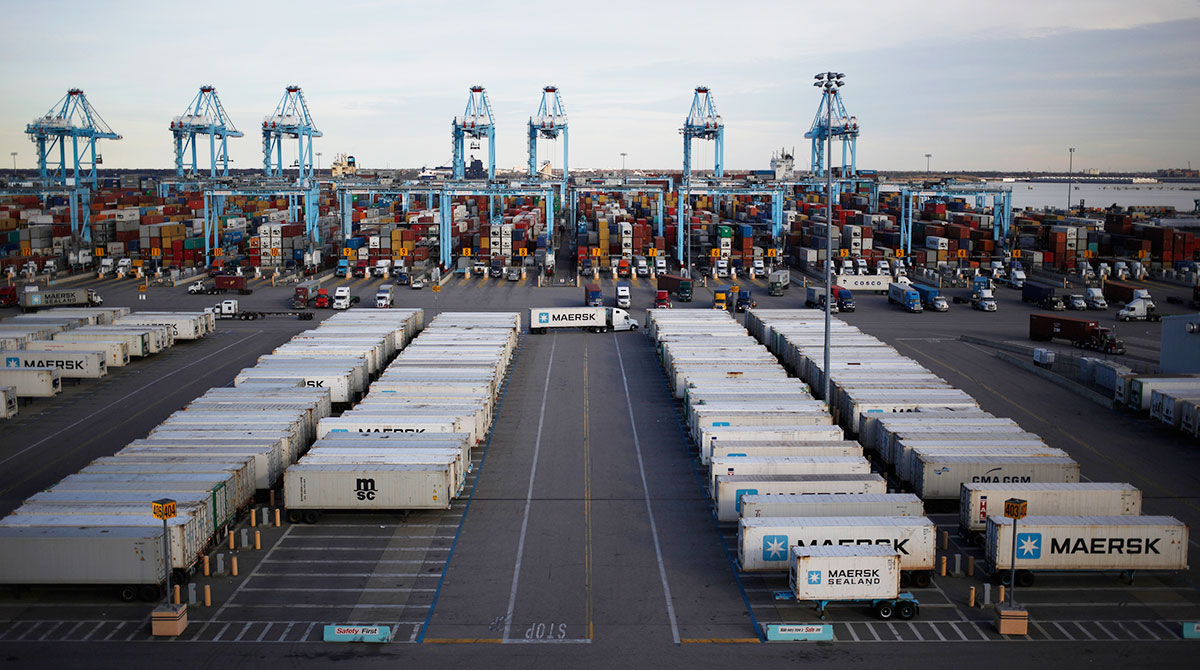 Rows of shipping containers sit before being loaded onto container ships at the Port of Virginia APM Terminal in Portsmouth. (Luke Sharrett/Bloomberg)

The U.S. trade deficit widened in November, reflecting a surge in the value of imports as domestic retailers made a final push to stock shelves for holiday shoppers and demand for foreign oil increased.

The gap in trade of goods and services expanded to $80.2 billion, from a revised $67.2 billion in October, according to Commerce Department data released Jan. 6. The median estimate in a Bloomberg survey of economists was for an $81 billion shortfall. The figures aren’t adjusted for prices. 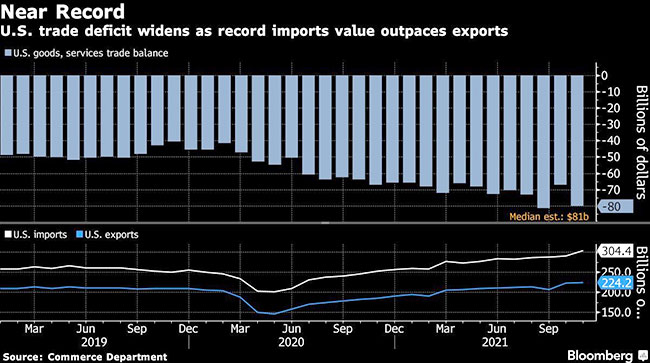 While supply chains remain challenging, a stronger dollar has cushioned U.S. importers even as a surge in global inflation drives up costs. An inflation-adjusted index of the dollar against the currencies of some its major trading partners strengthened in 2021 by the most in six years, easing the cost of imports.

Even so, lean inventories relative to sales, snarled supply chains and transportation challenges continue to make it difficult for U.S. producers to meet demand.

Meanwhile, the increase in merchandise exports suggests that overseas economies slowly are recovering and demanding more goods from the U.S. That could see trade being less of a drag on U.S. economic growth in the coming months, after it subtracted 1.26 percentage points from gross domestic product in the third quarter.

The merchandise-trade deficit, which strips out services, widened to a record $99 billion with the nation’s surplus in services trade increasing to $18.8 billion, the highest in five months. The 12.7% advance from a month earlier was the largest since September 2004.

Travel exports —or spending by visitors to the U.S. — jumped 36.4% to $8.1 billion, the most since March 2020, after the Biden administration lifted travel restrictions Nov. 8.

On an inflation-adjusted basis, the November merchandise-trade deficit widened to $110.8 billion from $97.1 billion a month earlier