US Trade Deficit Drops for First Time in Six Years 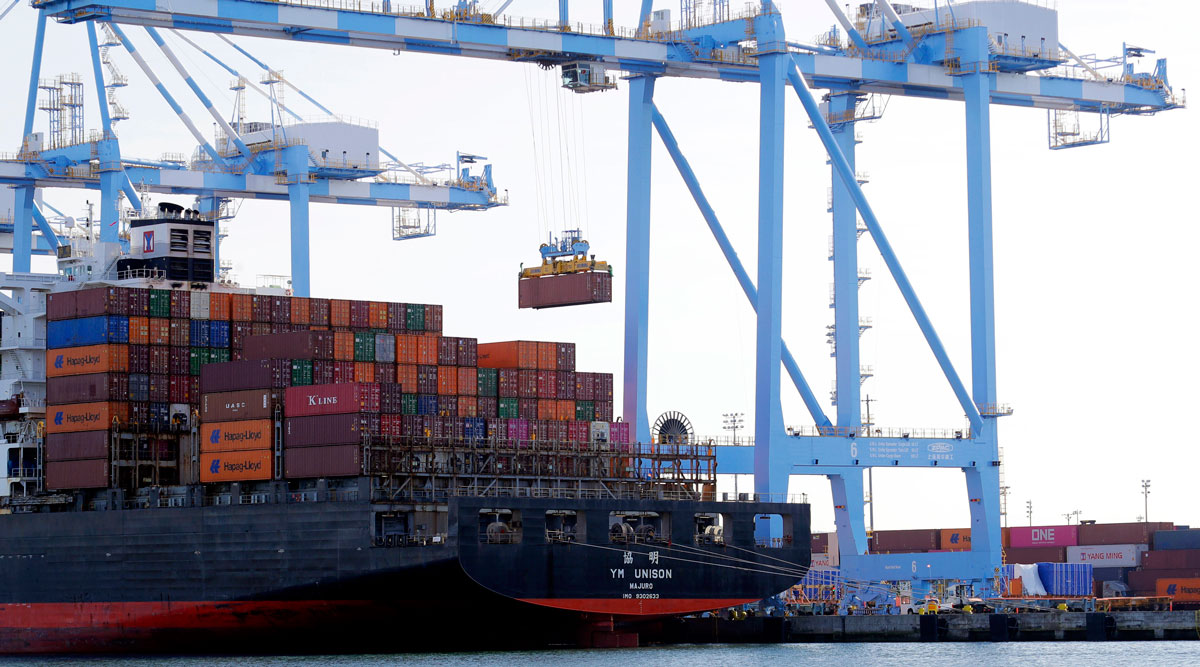 Cranes remove containers from a cargo ship at the Port of Tacoma in November 2019. (Ted S. Warren/Associated Press)

The U.S. trade deficit fell for the first time in six years in 2019 as President Donald Trump hammered China with import taxes.

The deficit in the trade of goods with China narrowed last year by 17.6% to $345.6 billion. Trump has imposed tariffs on $360 billion worth of Chinese imports in a battle over Beijing’s aggressive drive to challenge American technological dominance. The world’s two biggest economies reached an interim trade deal last month, and Trump dropped plans to extend the tariffs to another $160 billion in Chinese goods.

Trump campaigned on a promise to reduce America’s massive and persistent trade deficits, which he sees as a sign of economic weakness and the result of lopsided trade deals that put U.S. exporters at a disadvantage. He has negotiated a new trade agreement with Canada and Mexico that he says will bring more balance to trade in North America.

Mainstream economists argue that trade deficits are largely the result of a big economic reality that doesn’t respond much to changes in trade policy: Americans spend more than they produce, and imports fill the gap.