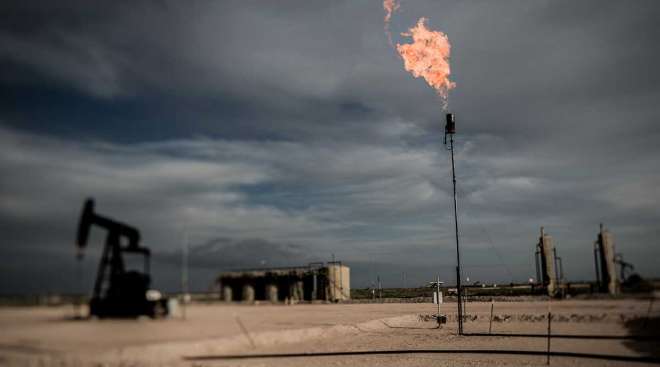 U.S. explorers have added rigs this year, partially undermining oil-production cuts that started in January by the Organization of Petroleum Exporting Countries and 11 other exporters.

The nation’s active oil-rig count has more than doubled in the past year to 703 last week, according to Baker Hughes Inc. The lag between drilling and reaching maximum production signals that output will climb further in coming months, according to the report.

“Increased drilling-rig activity is expected to boost U.S. crude oil production this year and next,” EIA Acting Administrator Howard Gruenspecht said in an e-mailed statement. “Higher oil production from the United States, along with rising oil output from Canada and Brazil, is expected to curb upward pressure on global oil prices through the end of 2018.”

West Texas Intermediate crude will average $50.68 a barrel in 2017 versus the April projection of $52.24, according to the report. Prices are forecast to climb to $55.10 next year, which is unchanged from last month’s estimate.

Brent crude, the benchmark for more than half the world’s oil, is projected to average $52.60 this year, a decrease from the prior estimate of $54.23.