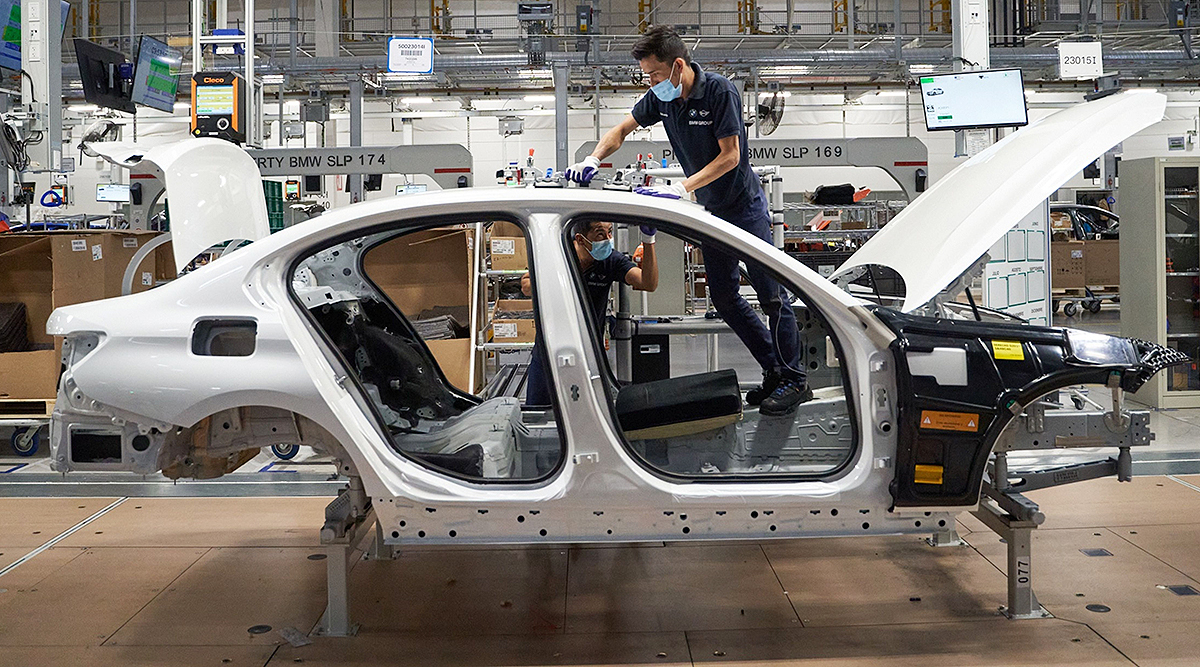 The U.S. and Mexico failed to resolve a dispute over trade rules for cars during a meeting this week, threatening the goal of boosting regional manufacturing under their new trade pact.

U.S. Trade Representative Katherine Tai and Mexican Economy Minister Tatiana Clouthier discussed the topic July 22 in Washington but couldn’t reach a resolution, according to people familiar with the talks, who asked not to be identified speaking about a private matter. Canada also shares Mexico’s position in the dispute.

Tai told Clouthier that the U.S. “remains committed to the full implementation of the USMCA, including the strong auto rules of origin,” her office said in a statement July 22, without elaborating. The pair “agreed to stay in touch in the months ahead,” it said.

“The rules of origin have not been interpreted the way it was agreed at the moment we signed the agreement,” Clouthier told reporters in Washington on July 23. “We need more dialogue as to understand the problems that can be caused if the interpretation continues to be the one that the previous administration has taken. That’s where we are at this moment.”

The conflict focuses on how to calculate the percentage of a vehicle that comes collectively from the three countries under the U.S.-Mexico-Canada Agreement, Bloomberg News reported last week. The deal took effect last July, replacing the North American Free Trade Agreement, or NAFTA, but the new so-called rules of origin are designed to be phased in over several years.

The U.S. insists on a stricter way than Mexico and Canada believe they agreed to for counting the origin of certain core parts, including engines, transmissions and steering systems in the overall calculation, people familiar with the matter said last week. That makes it harder for plants in Mexico and Canada to meet the new threshold of 75% regional content, up from 62.5% under NAFTA, in order to trade duty-free, the people said.

For example, if a core part uses 75% regional content, and thus qualifies under that requirement for duty-free treatment, Mexico and Canada argue that USMCA allows them to round the number up to 100% for the purposes of meeting a second, broader requirement for an entire car’s overall regional content. The U.S., however, doesn’t want to permit rounding up, making it tougher to reach the duty-free threshold for the overall vehicle.

Mexico, together with Canada, has been considering filing a formal complaint against the U.S. under the year-old USMCA, which could result in a dispute panel to hear arguments for the nations, according to people familiar with the matter.

Making the rules too cumbersome could cause automakers to forgo applying for duty-free treatment and instead pay tariffs that the U.S. charges under World Trade Organization rules, according to Flavio Volpe, president of Canada’s Automotive Parts Manufacturers’ Association.

That would make the free-trade deal irrelevant for preferential tariff purposes. Motor vehicles are the top manufactured product traded among the U.S., Mexico and Canada.

Under WTO rules, the U.S. could apply a 2.5% tariff on passenger vehicles from its neighbors if the USMCA weren’t in place, though the duty for light trucks is higher at 25%.

“Not abiding by USMCA rules may potentially disrupt the operations of the North America automotive industry,” resulting in unnecessary burdens and reduced competitiveness, the Mexican Economy Ministry said in a statement.

— With assistance from Maya Averbuch.