US Goods-Trade Gap Unexpectedly Narrows on Drop in Imports 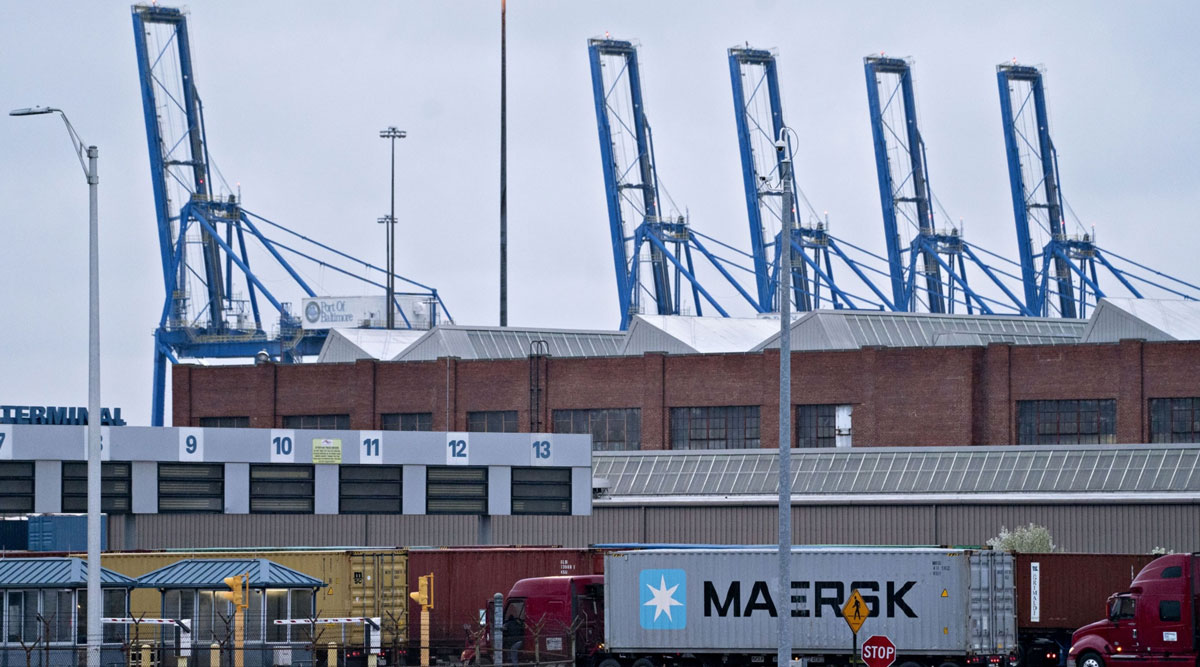 Gantry cranes stand past a tractor-trailer truck at the Port of Baltimore in March 2020. (Andrew Harrer/Bloomberg News)

The U.S. merchandise-trade deficit unexpectedly narrowed in September from the prior month’s record as imports declined for the first time in four months.

The deficit shrank to $79.4 billion from $83.1 billion in August, according to Commerce Department data released Oct. 28. The figure was narrower than all estimates in a Bloomberg survey of economists that had called for an $84.5 billion shortfall in September. Imports fell by 0.2% to $201.4 billion while exports increased 2.7% to $122 billion.

Even with the smaller gap, the final goods-trade report before the Nov. 3 presidential election indicates that President Donald Trump’s push to better balance the U.S. trade relationship with the world remains unrealized. Exports have increased for four straight months, though still remain well below pre-pandemic levels. 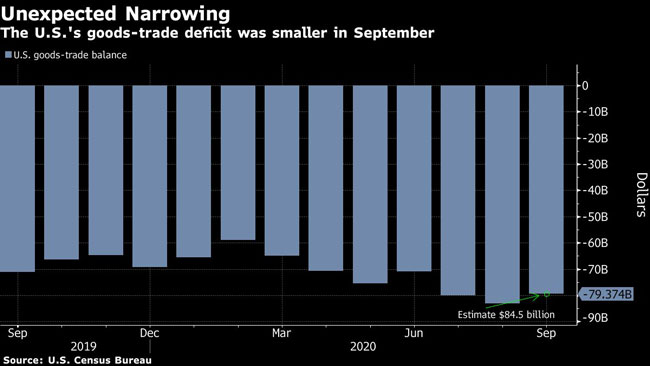 The report Oct. 28 also showed retail inventories rose 1.6% from the prior month, the most since March 2011. Wholesale inventories decreased by 0.1%.

American retailers, who remain reliant on imports, are restocking inventories depleted by the pandemic ahead of the holiday shopping season. Meanwhile, imports of consumer goods decreased 4% during the month, pulling back from a record level following four straight months of strong gains. 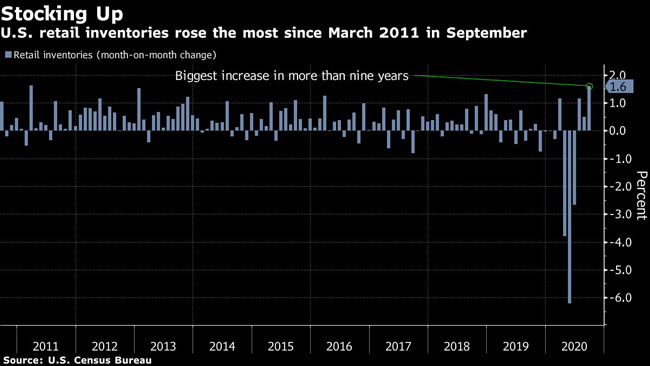 The U.S. shipped $1.93 billion of soybeans to China last month, the Census Bureau said Oct. 26. That was the largest export by value in September to the Asian nation. China has been a target in President Donald Trump’s trade war that’s seen hundreds of billions of dollars of tariffs on imports.

A partial trade agreement signed in January was supposed to result in China buying an additional $200 billion in U.S. exports over two years. While the country is unlikely to reach the targets this year — partially because the pandemic upended demand and supply chains — it has made record purchases of American beef and corn, and has reiterated its commitment to the agreement.

RELATED: US Trade Deficit Widened in August to Largest Since 2006

The trade picture will come into greater focus when the final report, which includes services, is released on Nov. 4. Including services, the total value of U.S. exports and imports was at $411 billion in August, still below pre-pandemic levels as the world digs out of the virus crisis.

Goods-Trade Deficit Widens for the First Time Since March