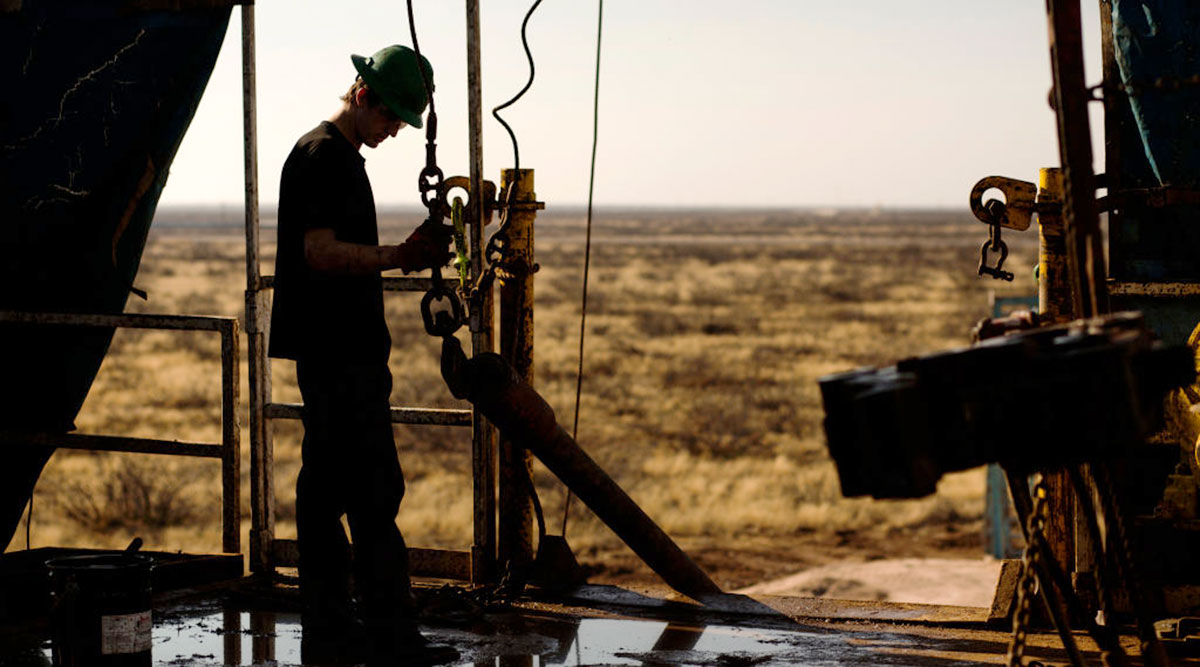 The U.S. government cut its oil production forecast for the first time in six months as drillers scale back in smaller shale plays and the U.S. Gulf of Mexico.

“This is just the beginning,” said Phil Flynn, senior market analyst at Price Futures Group Inc. in Chicago. “The reality of the situation is that a lot of these guys are not making money and are having a hard time keeping these production levels up. Any pullback is going to make it harder to keep that upward trajectory of oil production moving higher.”

The U.S. rig count tumbled to a 10-month low last week, suggesting the rate of production growth could slow, the EIA said in its monthly Short-Term Energy Outlook. Most of the growth expected through 2020 will come from the Permian basin of West Texas and New Mexico, rather than smaller shale plays, the report said. 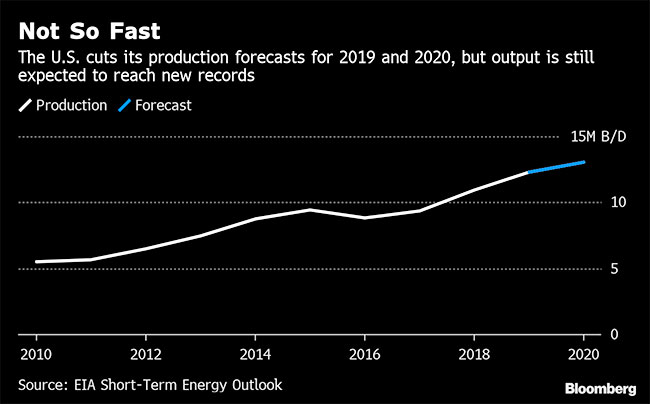 “One of the common themes was ‘Let’s not drill this space as hard as we can and let’s try to return cash to shareholders instead,’” said Bob Yawger, director of the futures division at Mizuho Securities USA in New York. “I think maybe that message played to the EIA and they cut the production number here a little bit.”

The report came on the same day that Secretary of State Mike Pompeo was due to meet with senior U.S. oil executives at the CERAWeek by IHS Markit conference in Houston to discuss boosting crude exports and advancing America’s position as a global energy powerhouse, according to people with knowledge of the meeting.

Earlier on March 12, shale pioneer Mark Papa warned that the industry he helped create is facing fundamental obstacles that will slow America’s oil boom. While technological advances will help improve the rates at which drillers recover oil, that growth will be offset by challenges with well spacing and the “degradation” of shale rock quality, said Papa, the chief executive officer of Centennial Resource Development Inc.