US to Close Canadian Border; Trade Not Affected 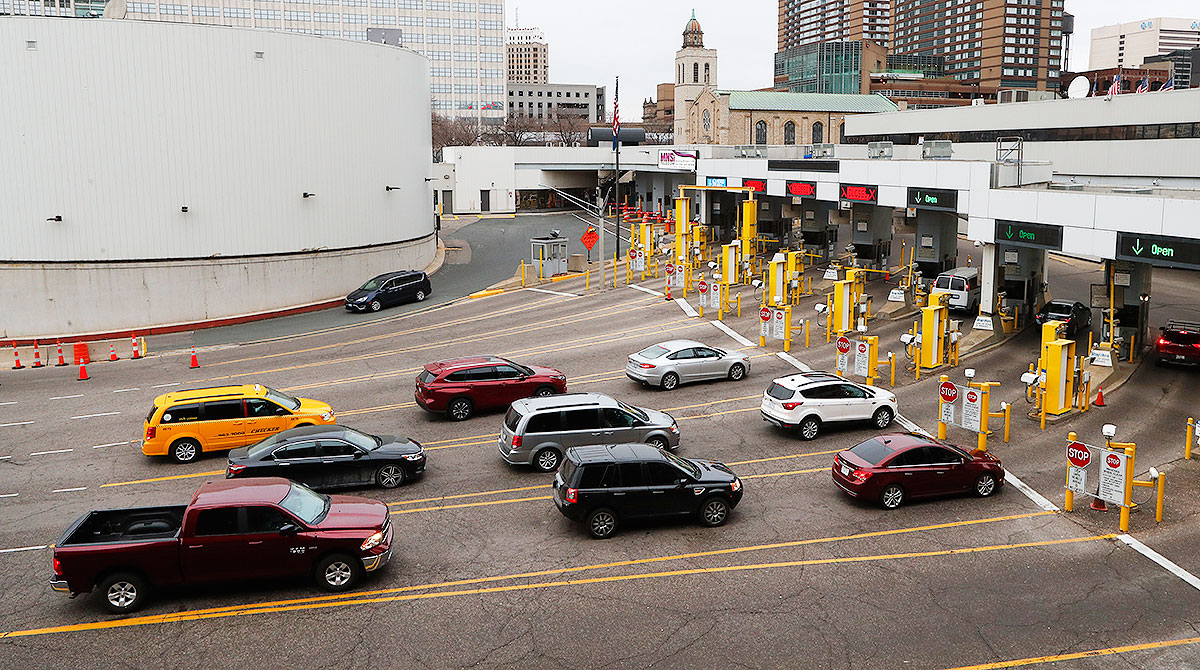 Vehicles enter the United States as a minivan drives to Canada in the Detroit-Windsor Tunnel in Detroit on March 16. (Paul Sancya/AP)

The 5,525-mile border between the U.S. and Canada will remain open to truck traffic as the leaders of both countries strive to keep the flow of goods needed to combat the coronavirus moving between their countries, while shutting down nonessential travel that could worsen the spread of the virus.

The duration of the ban on nonessential travel will last at least one month, President Donald Trump told reporters at the White House on March 18. “I would say 30 days, and hopefully, at the end of 30 days, we’ll be in great shape,” Trump said. “We want to isolate from the standpoint we don’t want people coming into contact because that’s the way we’re going to win this war. That’s so important, and we both thought it was time.”

Canadian Prime Minister Justin Trudeau said the continued flow of goods and services is critical to both nations as the coronavirus pandemic spreads.

We will be, by mutual consent, temporarily closing our Northern Border with Canada to non-essential traffic. Trade will not be affected. Details to follow!

Trudeau made the announcement in Ottawa outside his residence, where he has been self-isolating after his wife, Sophie Gregoire, recently tested positive and is being treated by doctors.

“We can still slow the spread of this virus,” Trudeau said at a press conference. “It is time to take every precaution to keep people safe. As the virus continues its spread, we’ve decided to take increasingly aggressive steps to keep you and your family safe.”

According to the Office of the U.S. Trade Representative, trade between the nations totaled nearly $720 billion in 2018.

The Canadian Trucking Alliance is commending the federal government’s declaration that commercial truck drivers are essential workers who will be exempt from the requirement to self-isolate for at least 14 days upon entering Canada from abroad.

Speaking at a news conference, Transport Minister Marc Garneau said certain kinds of workers — such as truck drivers, train and air crews and others whose professions require cross-border travel to the U.S. to maintain trade and deliver essential products to Canadians — will be exempted from the condition to self-isolate as the government attempts to limit the spread of the coronavirus.

Minister for Public Safety Bill Blair explained why Canada is exempting essential transportation workers, such as truck drivers, from the border restrictions.

“We believe the risk of essential workers crossing the border can be managed effectively,” he said. “For the purposes of not just their own employment but also to keep Canada moving, essential workers need to be able to keep moving across the border.”

Blair and Garneau said if any traveler exhibits symptoms, whether he or she is exempt, that person will be referred to local public health officials and directed to self-quarantine.

Canadian Trucking Alliance President Stephen Laskowski said the industry supports the government’s efforts, and he applauds its recognition of trucking for the role it has in getting food to stores and essential medical supplies to hospitals and clinics.

Trump administration officials are suggesting similar restrictions on travel could be coming on the 1,954-mile border with Mexico. But those measures were not taken by press time.

In a 2018 report, the U.S. Trade Representative estimated trade between the U.S. and Mexico at more than $670 billion annually. BLS said 69.3% of freight traffic between the nations in 2018 was on trucks, totaling $424 billion and up 10.2% from the previous year.

On March 16, the Canadian government issued a global travel advisory telling citizens to avoid nonessential travel outside of Canada until further notice. According to USTR, Canada is the country’s second-largest goods trading partner.

The administration’s announcement about Canada followed recent travel restrictions with Europe and countries in Asia. Government officials worldwide have called for people to practice social distancing and to self-quarantine if necessary to mitigate the spread of the pandemic.

Meanwhile, the U.S.-Mexico-Canada Trade Agreement has moved one step closer to being ratified by all three nations.

On March 13, the Canadian Senate approved USMCA without any amendments, advancing the treaty quicker than expected in part due to concerns over the coronavirus.

Earlier that day, the House of Commons, after weeks of debate, approved the legislation by unanimous consent after holding the mandatory three readings.