US Air Passengers Exceed 1 Million for First Time Since March 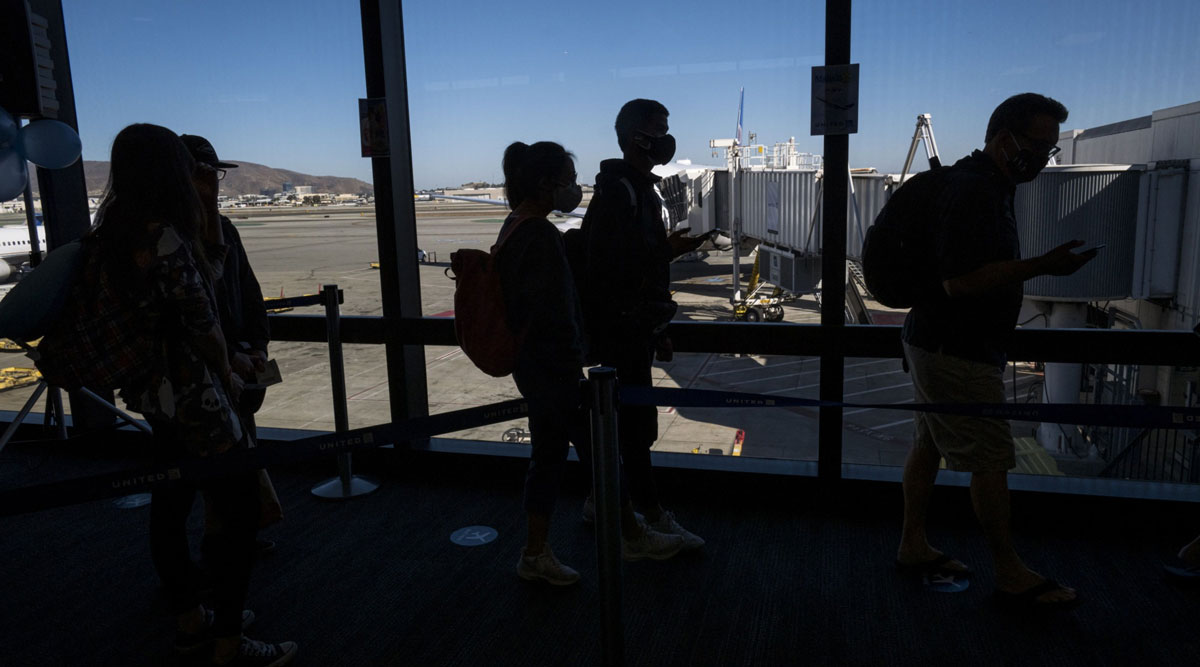 Travelers board a flight in San Francisco on Oct. 15. (David Paul Morris/Bloomberg News)

The virus-ravaged airline industry reached a milestone Oct. 18, carrying more than 1 million passengers for the first time in seven months.

U.S. airport security checkpoints processed 1,031,505 people, or 39.6% of the equivalent day in 2019, according to a tally by the Transportation Security Administration.

Several of the busiest days since mid-March have occurred in the past two weeks and passenger loads have been gradually increasing, but that provides scant relief for an industry still reeling from the coronavirus pandemic. If the Oct. 18 level were maintained for an entire year, it would roughly roll the industry back to levels last seen 36 years ago, according to the trade group for large carriers, Airlines for America.

The steep drop in flyers has prompted billions of dollars of losses and tens of thousands of job cuts or voluntary furloughs as impacts reverberate across the aviation industry. A federal aid package that had covered the costs of airline payrolls and prohibited job cuts expired Oct. 1, and attempts to extend it have faltered in partisan gridlock.

Oct. 18 was the busiest day for air travel since March 16, when 1.26 million people passed through domestic screening, according to the TSA.

At that time as the new coronavirus was first exploding in the U.S., passengers were canceling flights en masse. Within weeks, the average number of flyers had fallen to less than 100,000 per day, a drop of 96% from 2019 numbers.

People have incrementally returned to the skies, but in far fewer numbers than normal. The seven-day average as of Oct. 18 was 871,513, or 35.6% of the equivalent week last year.

The overall passenger deficit since March is enormous. Airlines’ loads fell by more than 417 million passengers since the virus hit compared to the same period in 2019, a drop of about 75%, according to the TSA.