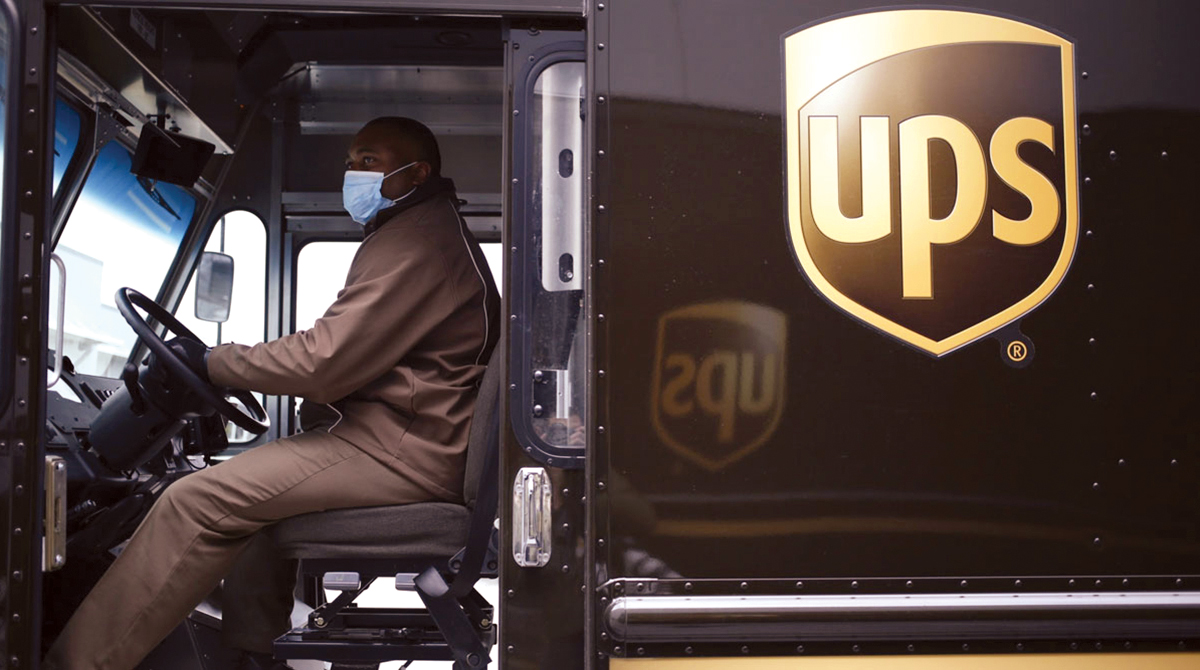 Lifted by its strong results, UPS announced a 48% increase in its quarterly dividend, to $1.52 per share, payable on March 10 to shareholders of record on Feb. 22.

“I want to thank all UPSers for their outstanding efforts throughout the holiday season and for once again delivering industry-leading service to our customers,” CEO Carol Tomé said in a news release. “The execution of our strategy is delivering positive financial results and driving strong momentum as we move into 2022.”

In mid-December, UPS announced it had delivered more than 1 billion COVID-19 vaccines to health care customers and global organizations around the world. UPS is one of several freight companies that is active in COVID-19 distribution. Tomé said the company’s health care division continues to generate strong profitability and is lifting the company’s profile. Now 18 months into her leadership tenure, Tomé has prioritized more profitable deliveries and contracts over boosting volume, as the company has pursued more contracts with health care companies and medium- to large-sized businesses.

On a Feb.1 conference call with analysts and reporters, Tomé said Amazon and UPS have a strong relationship, even as Amazon continues to build its own delivery network.

During Q4, UPS’ average daily shipping volume fell 0.6%, driven by a 4.8% drop in international shipments that was offset by a fractional uptick in domestic package volume.

Broken down by division, Q4 revenue in UPS’ domestic unit rose 12.4% to $17.7 billion compared with $15.7 billion a year ago. The increase was led in part by the strong holiday shopping season as well as a 10.5% increase in revenue per piece.

The company’s Supply Chain Solutions division saw revenue increase 6.7% to $4.67 billion compared with $4.38 billion a year ago, lifted by a 28% increase in business for the forwarding and logistic unit.

UPS also said it will continue to place cleaner vehicles into its fleet with the addition of 3,700 alternative-power vehicles in 2022. That includes 425 electric delivery vehicles to be deployed in the U.S. and Europe.

Overall, the company said it will spend $5.5 billion on capital improvements in 2022, with $1 billion specifically tied to reducing emissions and lifting its environmental performance.

“These improvements will continue to improve overall network efficiency and move us further down the path to achieving our 2050 carbon neutral goal,” UPS CFO Brian Newman said.

UPS has plans to open 30 new delivery centers and two automated hub centers, which Newman said will improve both sorting and delivery capacity in its network.

During the recently concluded holiday shopping season, U.S. retailers, both online and traditional brick-and-mortar, reported a stronger-than-expected $887 billion in sales, a more than 14% year-over-year increase from 2020.