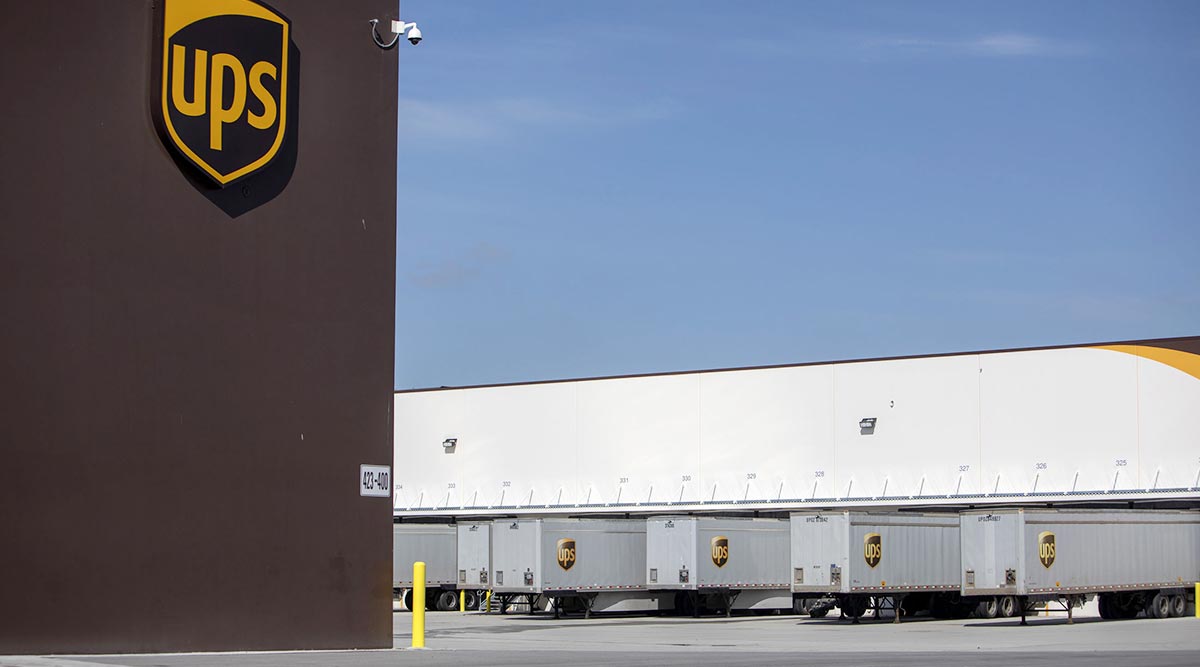 The dizzying maze of conveyor belts and chutes that are piled into a giant structure in Salt Lake City are just the physical part of the plan.

UPS Inc. also is counting on algorithms you can’t see to prove that investors were wrong to doubt its three-year, $20 billion technological makeover.

It’s all part of CEO David Abney’s bet on squeezing out costs and becoming more nimble as UPS adjusts to surging e-commerce deliveries. While sticker shock from the investment spree rattled investors, UPS is showing signs of getting a lift as it catches up with FedEx Corp. in using technology — and braces for a potential threat from Amazon.com.

“It’s not a typical one-time project,” said Rob Papetti, program manager for the company’s Network Planning Tools initiative. “It’s a multiyear program to really take advantage of the automated network that we’re building out to dynamically move packages through it.”

In Salt Lake City, packages speed along conveyor belts at about 6 mph in a building that’s one-third of a mile long and a quarter-mile wide. The pace is 10 times faster than if the parcels were managed by hand. Scanners, dimensioners and other gadgets increase the accuracy of the sorting, which once relied on employees directing packages to the right chute. 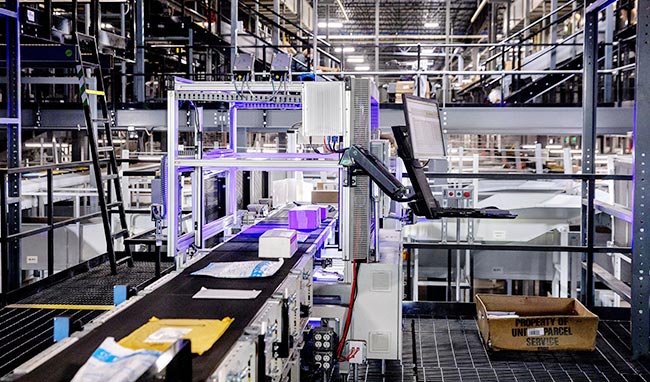 Besides all the machinery, UPS will be able to use the data and sorting flexibility enabled by automation to program computers that make delivery routes using “less miles, less fuel and less equipment,” Papetti said.

UPS discovered the power of such algorithm-driven decisions in 2012 when it rolled out Orion, a program that plotted the optimal route for drivers. That enabled the company’s iconic brown delivery trucks to log 100 million fewer miles a year, saving $400 million. Orion is being upgraded to make route changes on the fly to accommodate customers or avoid traffic.

The next step, UPS says, is to capture so much data that computers can do more detailed planning, provide better volume forecasts and smooth the flow of packages, Papetti said.

Investors remain cautious. UPS’ stepped-up spending plan sparked a sell-off early last year, and the shares still are 11% below their level before the announcement. UPS has advanced 17% this year, trailing FedEx’s 21% gain.

But there are signs of progress. An example: UPS had one of its smoothest holiday seasons in recent years.

“Our confidence level is higher than it was a year ago after they put themselves on the path,’’ said Margaret Vitrano, a fund manager with ClearBridge Investments, which owns UPS shares. “This obviously has a lot of execution risk to it. Any kind of restructuring, big investment cycle, does.”

Download the new @UPS Horizons newsletter here: https://t.co/PtuzPddb5v Coming Full Circle - A reflection on the cultural shifts revealed in our changing #supplychains, and what's coming up next. pic.twitter.com/rE6CxJAWIT

The promise UPS is making to shareholders is that more investment now will boost cash and increase profit margins as it adjusts to the e-commerce boom. The initiative also includes the purchase of Boeing Co. 747 and 767 freighters to add air-cargo capacity.

“When this capital plan is largely done, investors are expecting to be paid back in terms of a significant increase in share buybacks and/or dividends,” Loop Capital Markets analyst Rick Paterson said.

About 80% of eligible ground volume will be processed in automated facilities this year, up from about half in 2017. The overall annual savings and cost avoidance from Abney’s transformation plan is as much as $1 billion.

Driving UPS’ investment of about $7 billion a year is the rise of online shopping, which is fueling record demand. The catch is that residential deliveries tend to be less lucrative for the Atlanta-based company because fewer packages are dropped off at a typical home than at a business. That means less revenue for the time a driver spends at a residential stop.

The return on investment isn’t a given for UPS, Morgan Stanley analyst Ravi Shanker said. E-commerce is a tough business for couriers because the promise of free shipping undercuts their ability to raise prices, he said. 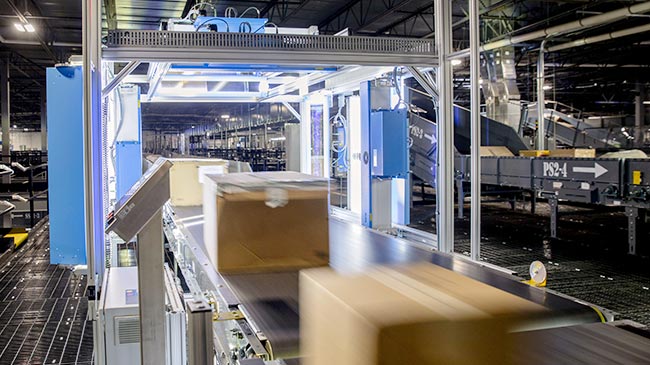 The machine moves packages along at speeds up to 6 mph. (Kim Raff/Bloomberg News)

“We’re not bullish in terms of hoping these guys can leverage the investments to grow their margins over time,” Shanker said. “We think they need this essentially to stay afloat.”

UPS also faces a growing threat from Amazon’s push to deliver more of its own packages — and the possibility that the tech giant will take on more outside parcel business. Amazon accounts for as much as 10% of UPS’ revenue and an even higher share of its volume, the largest exposure among the publicly traded couriers, Shanker said.

“We don’t think Amazon is trying to compete with UPS and FedEx, but we think UPS and FedEx may be impacted as Amazon tries to grow its own internal footprint,” Shanker said.

For now, UPS’ technological advancements are stoking optimism within the company.

For Nate Branch, a UPS division manager for transportation, the new Salt Lake City hub is like “a shiny, new toy” that can be programmed in minutes to sort packages to any of its 100 outbound doors.

The facility — which began operation in November and has capacity to process almost 70,000 pieces an hour — helped alleviate network congestion during the busy holiday season for the western United States, he said.

“It was the best peak I’ve been involved in 10-plus years,” Branch said. “I’ve never seen a UPS facility run so clean and efficient during peak season.”