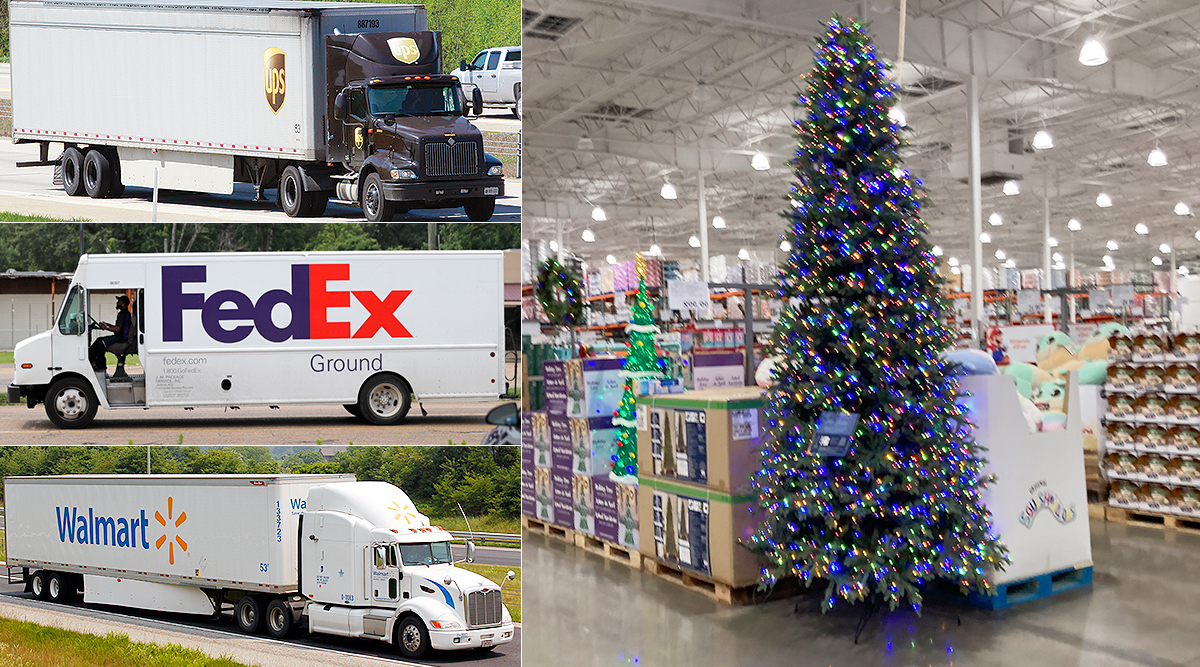 NEW YORK — All employers want for Christmas is some holiday help. But they might not get their wish.

Companies that typically hire thousands of seasonal workers are heading into the holidays during one of the tightest job markets in decades, making it unlikely they will find all the workers they need. For shoppers, it might mean a less than jolly holiday shopping experience, with unstaffed store aisles and online orders that take longer than usual to fill.

Job openings already are plentiful, allowing job seekers to be pickier about where they work. There were 10.4 million job openings at the end of August and 11.1 million openings the month before, the highest on record since at least December 2000, when the government started recording that figure. At the same time, the Labor Department said that the number of people quitting their jobs jumped to 4.3 million in August from 4 million in July.

To snap up available workers as fast as it can, UPS is trying a new tactic: Hire in 30 minutes or less.

Even before the holiday hiring season, employers were so desperate to find workers that they raised pay above $15 an hour, started offering four-figure sign-on bonuses and promised to pay their schooling. But that yielded only limited success. If they can’t find the workers they need in time for the holidays, employers likely will rely on existing staff to work more overtime, which can become costly for businesses and lead to burnout for workers.

“I’ve never seen a market like this,” said Matt Lavery, UPS’ global director of sourcing and recruiting, who has worked on the hiring side of the package delivery company for 24 years. “Normally when you’re talking about people coming off unemployment benefits, you see surges in candidates. We’re not seeing those.”

Enhanced unemployment benefits, which included a $300-a-week federal supplement as well as programs that covered gig workers and people who were jobless for six months or more, ended in early September. That cut off aid to about 7 million people. So far, though, the termination of those programs appears to have had little effect on the number of people looking for work.

To snap up available workers as fast as it can, UPS is trying a new tactic: Hire in 30 minutes or less. Taking too long to hire can mean an applicant may go elsewhere. So the company has nearly done away with interviews, and does the whole hiring process online.

At one of its hubs in Portland, Ore., FedEx has about 65% of the staff it needs.

Not having enough workers can be costly for companies. FedEx Corp. said it spent $450 million between June and August due to higher wages, paying overtime and other costs related to the tight job market.

At one of its hubs in Portland, Ore., FedEx has about 65% of the staff it needs. The company has been diverting about a quarter of package volume to other hubs farther away that can handle it. More than 600,000 packages a day are being rerouted, leading to worsening service, FedEx President and Chief Operating Officer Rajesh Subramaniam said during a call with investors last month.

FedEx said it needs 90,000 holiday workers this year, 20,000 more than last year. Others are hiring around the same levels as last year: Amazon, UPS and Walmart are trying to hire 100,000 people or more.

There are many reasons why workers are in short supply, but they mostly revolve around the pandemic. The delta variant has made people fearful of working in tight spaces with others, and most major employers that hire hourly workers haven’t mandated vaccines for them yet. Child care issues leave people needing to stay home, and many have been saving money during the pandemic, giving them enough cash to avoid taking jobs they don’t want.

Some employers fret that the [vaccine] mandate could complicate hiring further.

Another potential wrinkle: President Joe Biden’s announcement in September that employers with more than 100 workers will have to mandate vaccines or offer weekly testing. It’s unclear when those rules will start or how that would affect hiring. Companies that already have mandated vaccines have reported high rates of vaccinations. And a fully vaccinated workforce could make that employer more attractive to workers fearful of catching the virus. But some employers fret that the mandate could complicate hiring further.

Some wonder whether employers that need holiday help will be able to find workers in time.

At job site Indeed, searches by people looking for seasonal work were down 13% the week ending Oct. 10, compared with the same period a year ago. And those searches were down 27% from 2019, before the pandemic began.

“The job seeker interest is sluggish,” said AnnElizabeth Konkel, an economist at Indeed. “It’s just not taking off.”

Those already working in stores, warehouses and for package delivery companies may work longer hours. 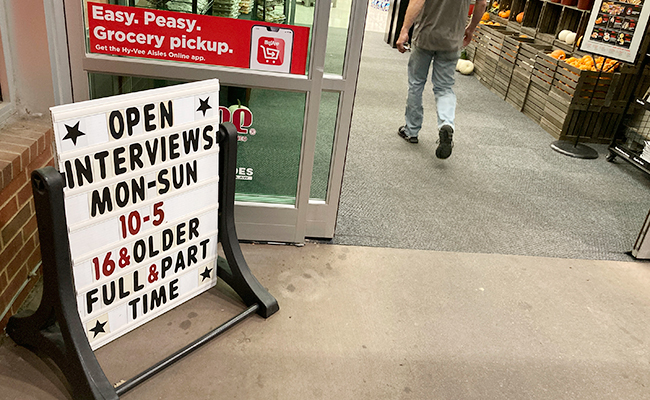 Target said it will hire 100,000 holiday workers this year, about 30,000 less than last year, but will give 5 million additional hours to its existing workforce, potentially pumping $75 million more into workers’ paychecks. Target employees already are working nearly 15% more than last year, but the retailer said they are asking for more hours. Target, which already pays workers at least $15 an hour, is planning to give store workers an extra $2 an hour if they work weekends and other busy days closer to Christmas.

Craig Rowley, who works at the retail and consumer goods team at management consulting firm Korn Ferry, said if employers can’t find the workers they need, online orders could take longer because there won’t be enough people to pack orders or deliver them, especially as it gets closer to Christmas and more shoppers head online. And stores are likely to do away with late night or overnight hours since retailers will want their existing staff to work when stores are busiest.

“You’re not going to see the wild extended hours because they just can’t staff it,” Rowley said.

Trucking Approaches Holiday Shipping Season ‘Unlike Any Seen Before’