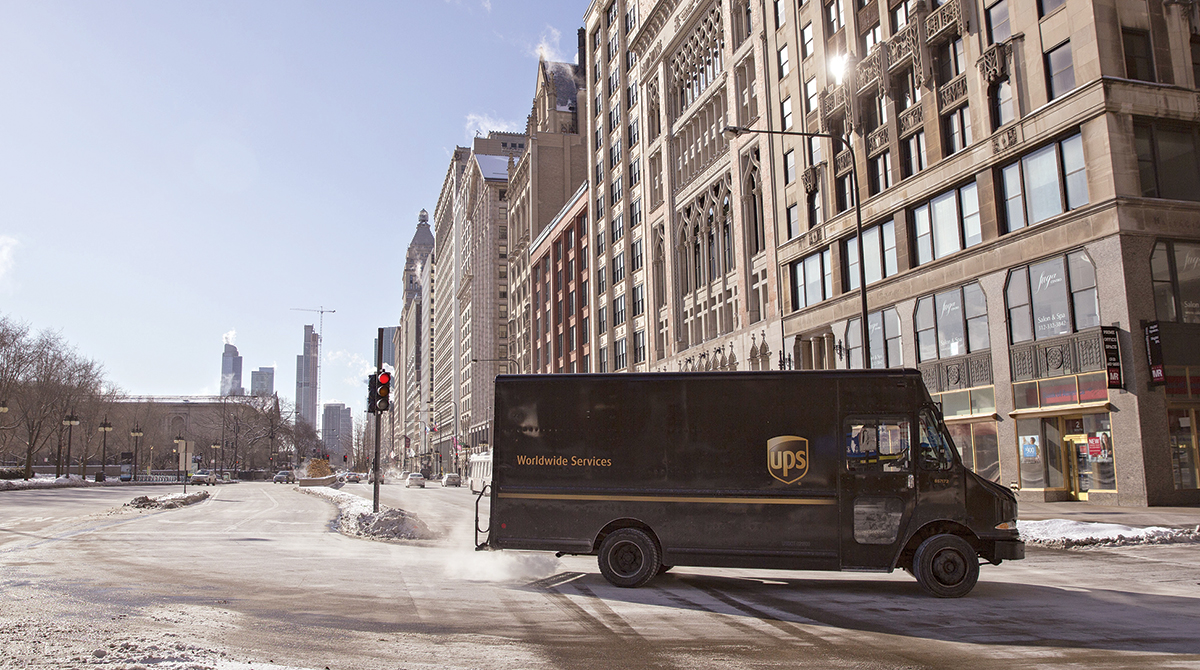 A UPS van in Chicago in January. (Daniel Acker/Bloomberg News)

Atlanta-based UPS, which ranks No. 1 on the Transport Topics Top 100 list of the largest for-hire carriers in North America, said revenue from all divisions — including domestic and international package delivery, and supply chain and freight operations — increased 0.29% to $17.16 billion from $17.11 billion the previous year. 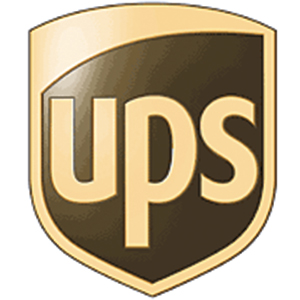 UPS’ numbers were below Wall Street expectations. The FactSet consensus was for an earnings per share of $1.42 and revenue of $17.77 billion.

UPS said late January’s polar vortex, which triggered the coldest temperatures in parts of the Midwest, East Coast and Canada in 20 years, hurt its U.S. profit by 7 cents per share and it incurred an extra $80 million in extra operating expenses because of the severe weather.

“In the U.S., weather impacted all three months of the quarter,” Chief Financial Officer Richard Peretz said. “It was a drag on both the top-line and the bottom-line results.”

CEO David Abney said, “The first quarter marked a good start to the year as we executed against our strategy and generated solid performance across our business.”

Several other transportation companies also cited the unusual cold snap as a key factor when they announced their earnings recently.

UPS’ air cargo division was one of the highlights for the company in the first quarter.

The 747-8 is the largest commercial aircraft built in the United States, and it will increase capacity by 19% on four weekly direct flights. 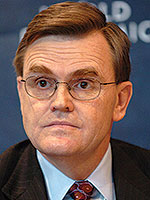 The company’s leadership also said it is not concerned by moves by Amazon.com to take some of its delivery volume in-house and expand its own package transportation network. To counter some of the potential loss of business, UPS recently announced a business strategy which includes focusing much of its delivery network on small and medium-size companies and the health care industry.

“While we continue to focus on servicing their needs, there is so much more to e-commerce than Amazon,” Abney said.

UPS also announced it is accelerating the launch of its partnership with autonomous drone developer Matternet to delivery medical samples to WakeMed’s flagship hospital and campus in Raleigh, N.C. The first delivery by drone took place March 26.

“UPS continues to operate multiple daily drone deliveries at WakeMed, eliminating transit delays for time sensitive medical samples,” Abney said. “This solution opens the door for how drones can be used to improve transport services at hospitals and other large campuses around the world.”

UPS is in the midst of a building boom. Eighteen additional new and retrofit facility projects are either completed or underway in 2019. Late last year, it opened its new Atlanta automated package sorting center. Company officials said that facility and others like it will achieve a goal of a 30-35% efficiency improvement compared with traditional facilities. 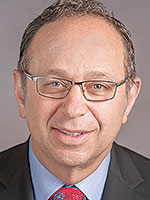 The Atlanta center can be expanded to increase the 1,700 packages a minute it currently is able to process. It also will serve as a blueprint for future UPS ground centers. The company said it expects to see greater profitability in the second half of the year as those new and renovated centers start operations.

“Transformation is creating a firm foundation for performance well into the future,” CFO Peretz said. “Our strategies and initiatives are driving additional network efficiency and flexibility, and we remain confident in achieving our targets for the year.”

As critical trade talks between the United States and China resume next week in Beijing, Abney pointed to expanding profit margins in the company’s international business division, which rose to 17.7% from 16.8%. Sales, discounting currency fluctuations, rose 1.2% despite a slowdown caused by trade disputes with China and concerns over the United Kingdom exiting the European Union. Abney discounted any concern that international markets are weakening substantially.

UPS Driver Delivers Help to Those in Need in Louisiana