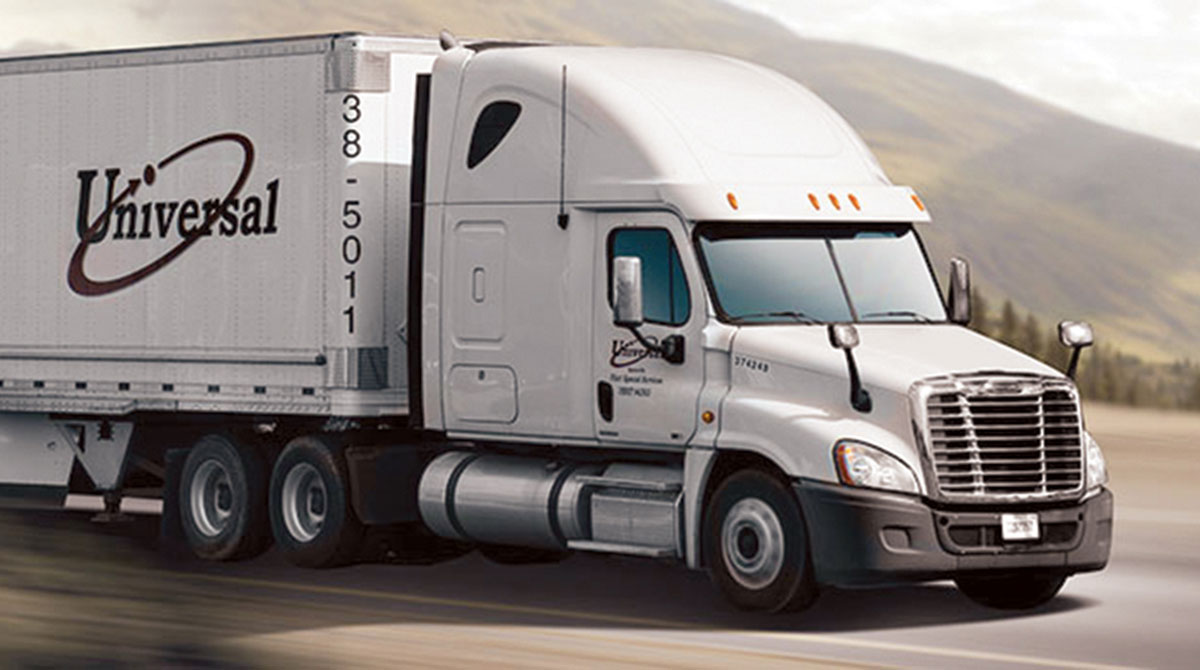 Universal Logistics Holdings on Feb. 10 reported its highest quarterly operating revenue ever for the fourth quarter of 2021.

The Warren, Mich.-based asset-light transportation and logistics company posted consolidated net income of $16.2 million, or 60 cents per diluted share, for the three months ending Dec. 31. It was virtually unchanged from the same time the previous year at $16.2 million, 60 cents. Total operating revenue increased by 21.1% to a record $467.4 million from $386 million.

“Even though the quarter saw headwinds on several fronts, I was extremely pleased with the resilience of all our associates,” Universal Logistics CEO Tim Phillips said during a call with investors Feb. 11. “Universal’s talented base of employees throughout all levels of the organization were key to executing our business strategy through continued supply chain disruption.”

Universal noted in the report that it had to grapple with a lack of fluidity within the ports and throughout the supply chain. The company also faced a tight labor market and shortages of transportation equipment. Its automotive customers also struggled to meet production needs due to a lack of semiconductor chips.

Despite those challenges, the earnings results still surpassed expectations by investment analysts on Wall Street, who had been looking for 54 cents per share and quarterly revenue of $426 million, according to Zacks Consensus Estimate.

The quarterly operating results also were negatively affected by $6 million in charges for auto liability claims expected to settle in excess of policy limits and an additional $5 million of losses incurred in connection with a contract logistics program in Detroit.

The trucking segment reported that operating revenue for Q4 increased 25.5% to $101.5 million from $80.9 million during the prior-year period. The segment includes agent-based and company-managed trucking operations.

“In our trucking segment, our agent base was able to capitalize on tight capacity with strong pricing,” Phillips said. “The truckload market remains very favorable for the near future with plenty of freight spurred by strong demand and pricing. Our quest for continued growth will be measured by our ability to recruit contractors and recruit new agents into our network.”

Trucking segment load volumes increased 2.8% year-over-year, and the average operating revenue per load increased an additional 19.3% during the same period. Operating income for the trucking segment decreased 68.8% to $1.1 million from $3.5 million. The decline was driven by the charges for auto liability claims.

The intermodal segment reported that operating revenues increased 33.8% to $141.7 million from $105.9 million for the same period in 2020. Operating income increased 77.6% to $13.8 million from $7.8 million the prior year. Revenues included accessorial charges such as detention, demurrage and storage totaling $35.7 million. Average operating revenue per load increased 31.9%, but load volumes decreased 14.2% year-over-year.

“Our intermodal drayage group experienced many of the same headwinds in the fourth quarter as throughout 2021,” Phillips said. “Congestion and equipment availability remain at the top of the list. While our driver and contractor numbers remain flat, our intermodal segments face recruiting competition as a result of a red-hot truckload market and contractors getting their own authority.”

The contract logistics segment saw operating revenues increase 20.7% to $160.7 million from $133.2 million for the same period in 2020. The segment includes value-added and dedicated services. Dedicated transportation load volumes increased by 6.9% year-over-year. Operating income for the segment decreased 49.3% to $6.1 million from $12 million. Included in segment results was a $5 million loss incurred in connection with a recently launched business award.

“In our contract logistics segment, we continue to experience headwinds, highlighted by production downtime due to chip and part shortages at several of our key locations,” Phillips said. “We have been successful in obtaining contractual price increases with many of our business partners to help to offset the continued inflation. While demand remains high for automobiles and Class 8 trucks, parts and chip supply will remain on the radar moving through the first quarter of 2022.”