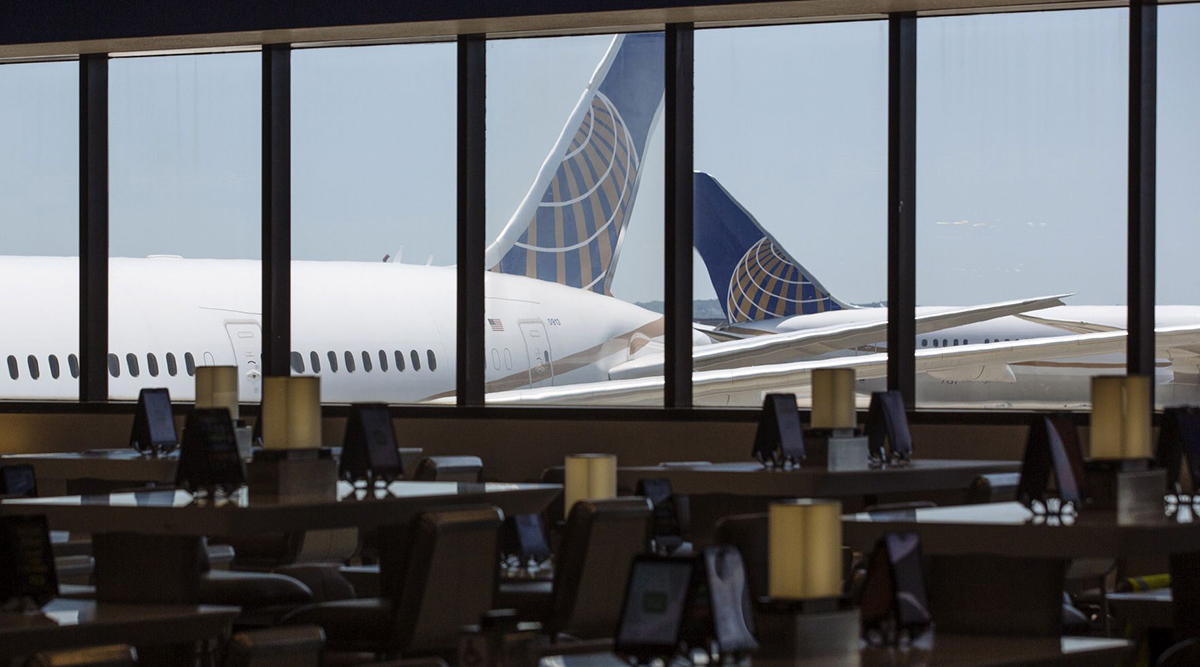 United Airlines airplanes sit outside an empty waiting area at Newark International Airport on June 9, 2020. United's September schedule will be about 37% less than in September 2019. (Angus Mordant/Bloomberg News)

United Airlines Holdings Inc. will boost flights modestly in September as it resumes service on more than 25 international routes and begins skewing its network toward leisure traffic.

The September schedule will amount to 37% of last year’s level, a slightly higher portion than the plan for August, United said in a statement July 31. Destinations in Mexico and the Caribbean are among those that will be added back as business traffic lags because of the coronavirus pandemic.

Domestically, United will fly 40% of its September 2019 schedule, adding 40 daily flights. The company will bolster its service to Hawaii, which has extended 14-day quarantine rules to all visitors through Sept. 1. United plans to resume flights from the U.S. mainland to Hilo and Kauai.

“We continue to be realistic in our approach to building back our international and domestic schedules by closely monitoring customer demand and flying where people want to go,” Patrick Quayle, United’s vice president of international network and alliances, said in a statement.

The Chicago-based airline also extended a waiver on change fees and award travel redeposit fees for reservations through Aug. 31.

Delta Air Lines Inc. unveiled plans this week to resume some domestic and international flights in August. The carrier’s schedule next month will be 60% below a year earlier, including drops of 50% in domestic flying and 70% in international markets.

In the U.S., Delta will add flights to its hubs in Atlanta, Detroit, Minneapolis and Salt Lake City, as well as in Boston, Los Angeles, New York and Seattle. International service resumptions will include flying to Sao Paulo, Dublin, Milan and Munich, the Atlanta-based carrier said July 30.

Mary Schlangenstein contributed to this report.