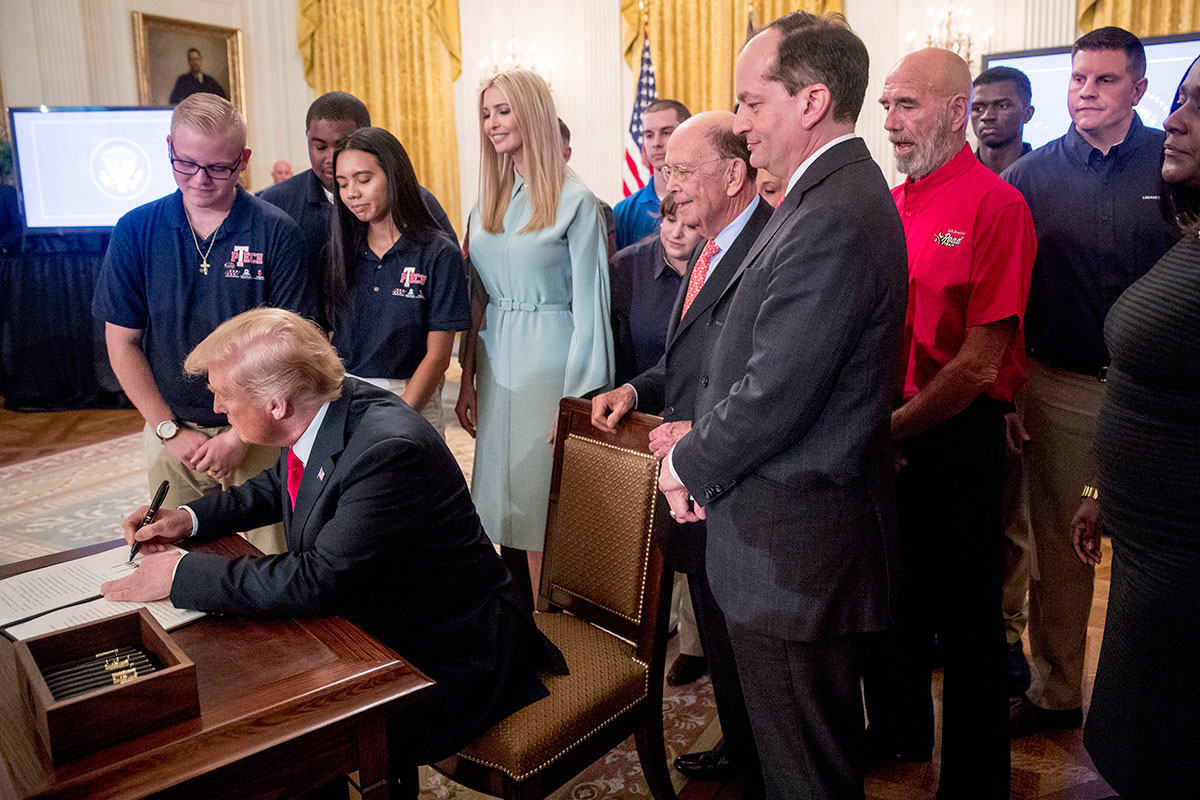 With several administration, industry and trucking dignitaries looking on, Trump signs an executive order establishing a National Council for the American Worker during an East Room ceremony. (Andrew Harnik/Associated Press)

Trucking industry executives joined President Donald Trump at the White House on July 19 for the signing of an executive order that establishes a council focused on increasing resources for workforce training.

The order builds on Trump’s long-standing pledge to boost the economy; during his tenure, more than 3.7 million jobs have been created and the unemployment rate is at 4%, according to the White House.

“Every day we are lifting our forgotten Americans off the sidelines, out of the margins and back into the workforce,” Trump said at the event. “We must invest in job training and vocational education. The fact is that companies are pouring back into our country. Companies that, frankly, left 10 and 20 years ago — and they are coming back — and we need people to work for those companies.”

Trump’s daughter Ivanka Trump, an adviser to the president, emphasized the executive order’s goal is to increase workplace opportunities across myriad sectors, such as technology. 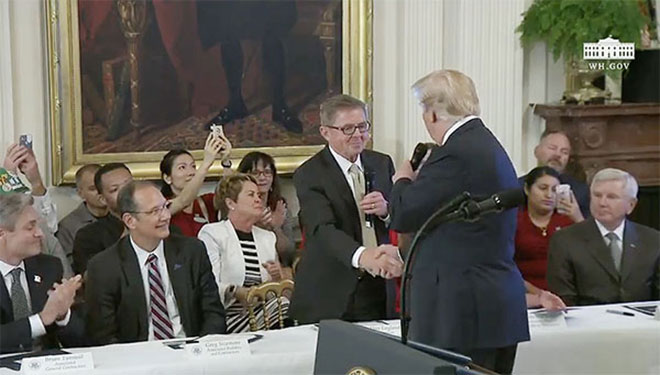 “We’re calling upon government and the private sector to equip our students and workers with the skills they need to thrive in the modern economy,” she said.

American Trucking Associations was at the White House and pledged to provide at least 50,000 opportunities as part of the administration’s initiative. Specifically, ATA will afford career opportunities to 10,000 people annually for the next five years.

“ATA is proud to be part of this effort to provide enhanced career opportunities to hard-working Americans. Our nation’s economy depends on our trucks moving goods from ports, factories and farms to stores and homes — and we depend on the millions of men and women who drive those trucks, maintain those trucks, load and unload those trucks and route those trucks,” ATA President Chris Spear said.

“The economy is strong and unemployment is low, but there are critical shortages of skilled workers in sectors of the economy, like truck drivers, technicians and mechanics,” Spear added.

At the White House, Dan England, chairman of the board at C.R. England, represented the trucking federation.

“Our industry is under constant pressure to bring in new drivers and new technicians to replace an aging workforce and to keep up with the demands of a modern, just-in-time economy,” England said. “Today’s announcement underscores our commitment, and ATA’s commitment, to doing all we can to provide opportunities for careers in trucking.”

Carl Greene, a driver for the company, touted workplace training for helping him to transition into the role. 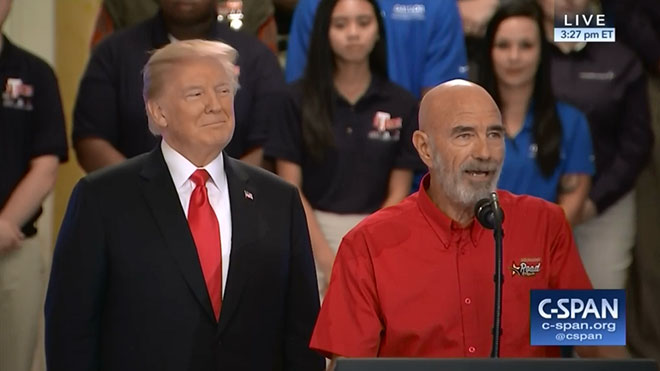 “I went to the defense industries, and then to banking and investments and then retired,” said Greene, who also served as a helicopter pilot during the Vietnam War, “I found C.R. England, and found my last and greatest career. I enjoy driving my big rig across this great, beautiful country.”

Other companies and groups at the event also pledged to create employment opportunities. Walmart, for example, pledged one million new such opportunities over five years. Executives from UPS, FedEx, Home Depot and Lockheed Martin agreed to establish workforce training and other opportunities as well. Groups such as the Associated Builders and Contractors, the National Restaurant Association and the North America’s Building Trades Unions pledged to do the same.

Joining Trump were Secretaries Wilbur Ross, Alexander Acosta and Betsy DeVos of Commerce, Labor and Education, respectively. Wisconsin Gov. Scott Walker (R), as well as Republican Reps. Virginia Foxx of North Carolina, Sean Duffy of Wisconsin and Jim Renacci of Ohio were among the officials at the event.

The executive order creates the National Council for the American Worker. The council will be tasked with crafting a strategy for training workers, expanding apprenticeships and encouraging investments.

The executive order also calls for the creation of an advisory board of officials from private companies, academia, philanthropic groups and state agencies to be named at a later date. As the White House put it, the board “will play an important role in encouraging the private, education and not-for-profit sectors to commit to investing in and re-training their workers.”