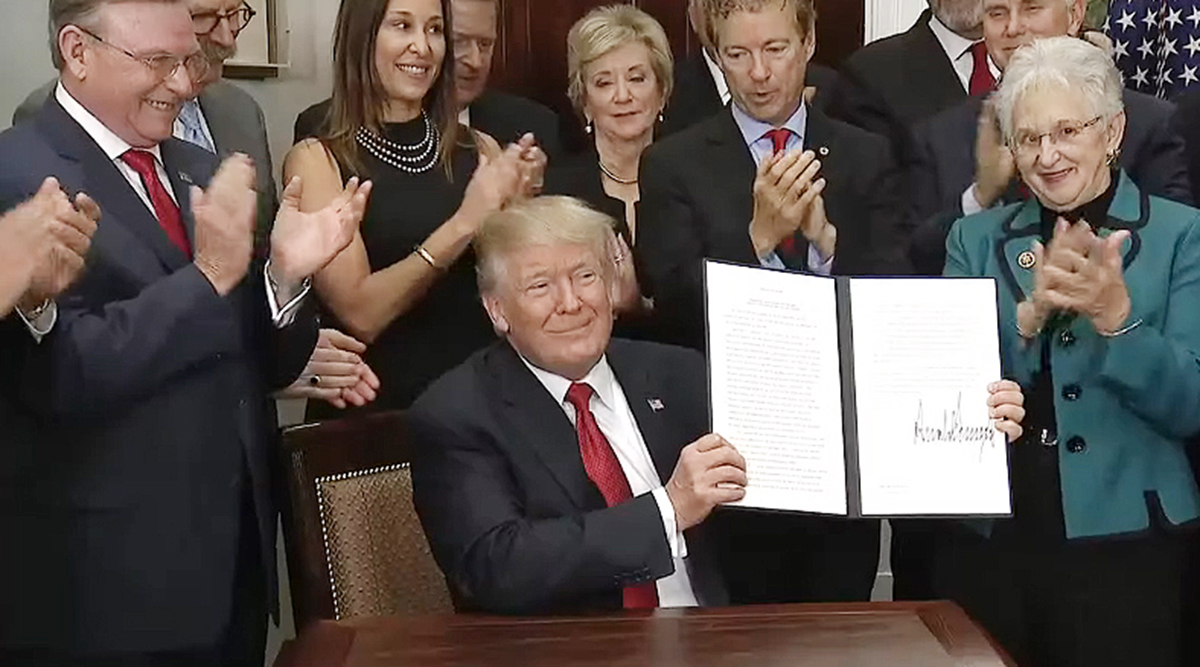 President Donald Trump signed an executive order Oct. 12 at an event attended by trucking industry executives that will allow small-business owners more health care options by enabling them to purchase insurance that does not fall under the aegis of the Affordable Care Act. 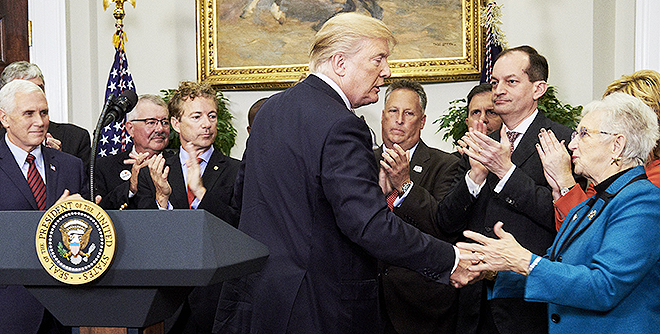 Many trucking companies are small, family-owned businesses. According to American Trucking Associations, 97.3% of trucking companies industrywide have 20 or fewer trucks. Spear and ATA Chairman Kevin Burch attended the order-signing in a show of support. Burch is president of Jet Express, a trucking company based in Dayton, Ohio. They were joined by several other industry representatives, including Harold Sumerford Jr., CEO of J&M Tank Lines, and Danny Smith, a driver at Big G Express.

The order also is expected to expand the availability of short-term insurance policies, which offer limited benefits for people between jobs or young people who no longer are eligible for coverage under their parents’ plan. The Obama administration allowed short-term insurance for up to three months, while Trump’s plan extends that to a year.

This executive order marks a step in Trump’s pledge to loosen ACA regulations and escape what he called “the Obamacare nightmare.”

Vice President Mike Pence stood alongside Trump as he announced the executive order. Pence said the order will “rescue the American people from the disastrous failure of Obamacare” and he touted the flexibility and freedom it will grant working Americans.