Commercial drivers found guilty of human trafficking will be disqualified from the industry under legislation President Donald Trump signed into law this month. 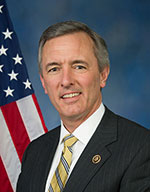 The bipartisan No Human Trafficking on Our Roads Act, sponsored by Rep. John Katko (R-N.Y.), requires the U.S. Department of Transportation to issue bans on professional drivers who are issued felonies for using commercial motor vehicles for trafficking.

“Too often, human traffickers take advantage of our nation’s transportation network to transport their victims from one location to the next,” Katko said. “Truck drivers are often a critical asset in helping law enforcement identify victims who otherwise might go unseen. However, an isolated few individuals have taken advantage of their position to illegally traffic innocent people.”

“The trucking industry is on the front lines in the fight against the crime of human trafficking. By adding these resources to DOT, the federal government will become an even stronger partner with us as we work to raise awareness, train our workforce and combat this crime,” said Elisabeth Barna, ATA’s chief operating officer and board member of Truckers Against Trafficking.