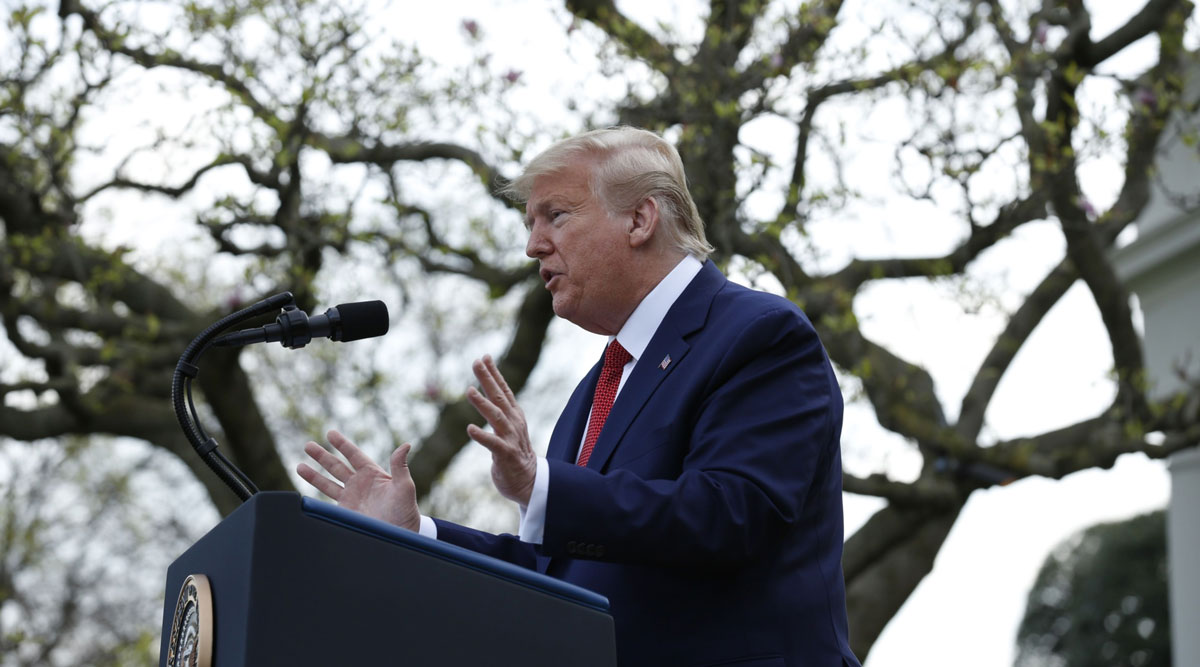 President Donald Trump called on Congress to provide $2 trillion for U.S. infrastructure, seizing on the coronavirus outbreak to try once again to advance one of his longest-standing priorities.

Trump said in a tweet on March 31 that timing is good for a massive infrastructure bill — a measure to fund construction and repairs of roads, bridges, railroads or other public works projects — because interest rates are close to zero. Trump has long advocated for an infrastructure plan but has never settled on how to finance it.

With interest rates for the United States being at ZERO, this is the time to do our decades long awaited Infrastructure Bill. It should be VERY BIG & BOLD, Two Trillion Dollars, and be focused solely on jobs and rebuilding the once great infrastructure of our Country! Phase 4

His new push comes as the number of Americans filing for unemployment benefits is forecast to set a record for the second straight week, following 3.28 million in last week’s data. The darkest predictions are for that figure to almost double, the result of business closures and government efforts to keep people at home to prevent spreading the virus.

The American Society of Civil Engineers has said more than $2 trillion in additional funding is needed for U.S. infrastructure by 2025 alone. The World Economic Forum this year ranked the U.S. 13th in matters of infrastructure, according to its global competitiveness report. Nations listed higher included Singapore, Hong Kong, Switzerland, Japan, Korea and Spain.

The White House and Congress have begun circling the idea of a fourth round of stimulus to combat economic fallout from the coronavirus outbreak. Both Trump and House Speaker Nancy Pelosi have begun floating ideas for such a measure, just days after Trump signed a $2 trillion bill.

Trump pledged in his 2016 campaign to seek $1 trillion in infrastructure spending and called on Congress in his 2018 State of the Union address to dedicate $1.5 trillion in new investment. But the plan Trump proposed in 2018 went nowhere because of disagreement over how much federal funding would be included.

Any hopes for a federal bill ended last May when Democrats said the president walked out of a meeting on a $2 trillion proposal and vowed not to work with them unless they stopped investigating him and his administration.

Lawmakers who attended a closed-door meeting with Trump in February 2018 said he told them he’d support a 25-cent per-gallon increase in gas taxes, but Trump never publicly endorsed the idea. The plan drew opposition from Republicans who don’t want to raise taxes and Democrats worried about the impact on low-income residents.