Trump to Promote Trade Deals in Speech to Farmers 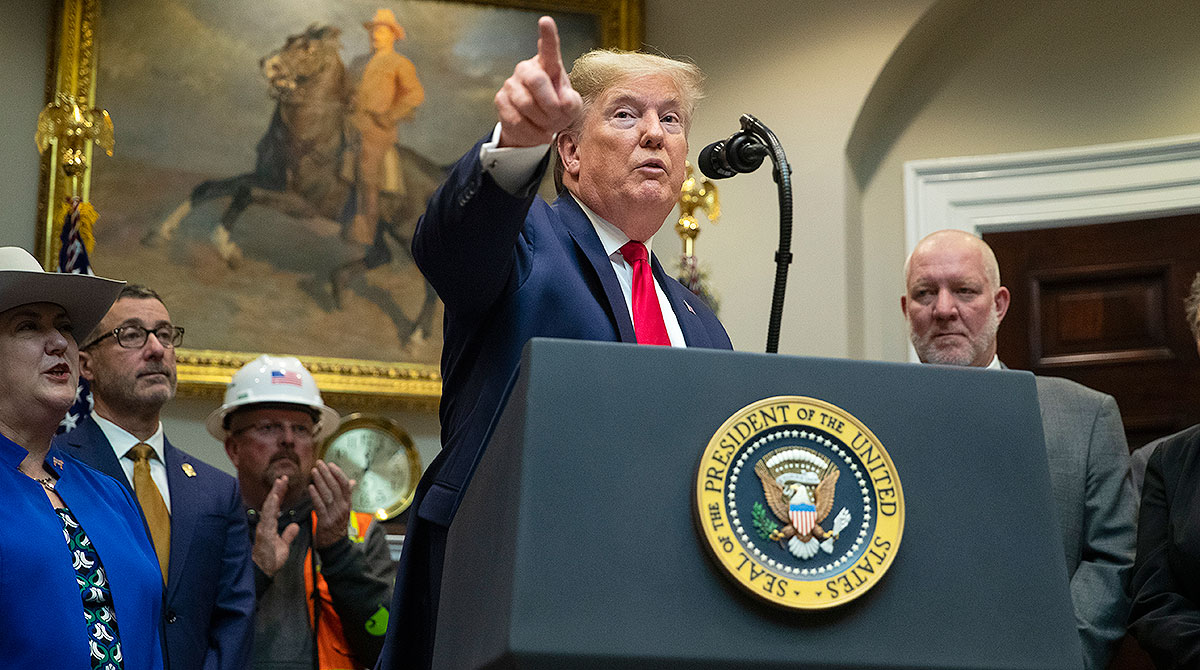 WASHINGTON — President Donald Trump will highlight his policies on trade and domestic energy in a speech to U.S. farmers next week, the White House announced Jan. 13.

Trump is scheduled to address the American Farm Bureau Federation’s convention Jan. 19 in Austin, Texas. It will be his third appearance at the annual gathering.

In last year’s address, Trump urged farmers to continue supporting him even as they grappled with the fallout from his trade war with China and a partial shutdown of the federal government.

President @realDonaldTrump, for the third year in a row, will address farm & ranch families at the American Farm Bureau Federation’s 101st Annual Convention. The address is scheduled for January 19th in Austin, Texas. https://t.co/zD8xDPzCGB pic.twitter.com/Ekje6QOdl2

But by the time Trump speaks, he is expected to have signed the first phase of a trade deal with China. Under the deal, which Trump is scheduled to sign Jan. 15 at the White House, China has agreed to boost its U.S. goods imports by $200 billion over two years, including larger purchases of soybeans and other farm goods expected to reach $40 billion a year, the U.S. has said.

Trump is also expected to discuss an updated North American trade agreement that the administration says will be a boon to U.S. farmers.

The U.S.-Mexico-Canada agreement is working its way toward final passage in the Senate after more than a year of negotiation between the administration and Democratic lawmakers. The House passed the agreement in December.

Trump will also speak to the farmers about his domestic energy policies, the White House said.