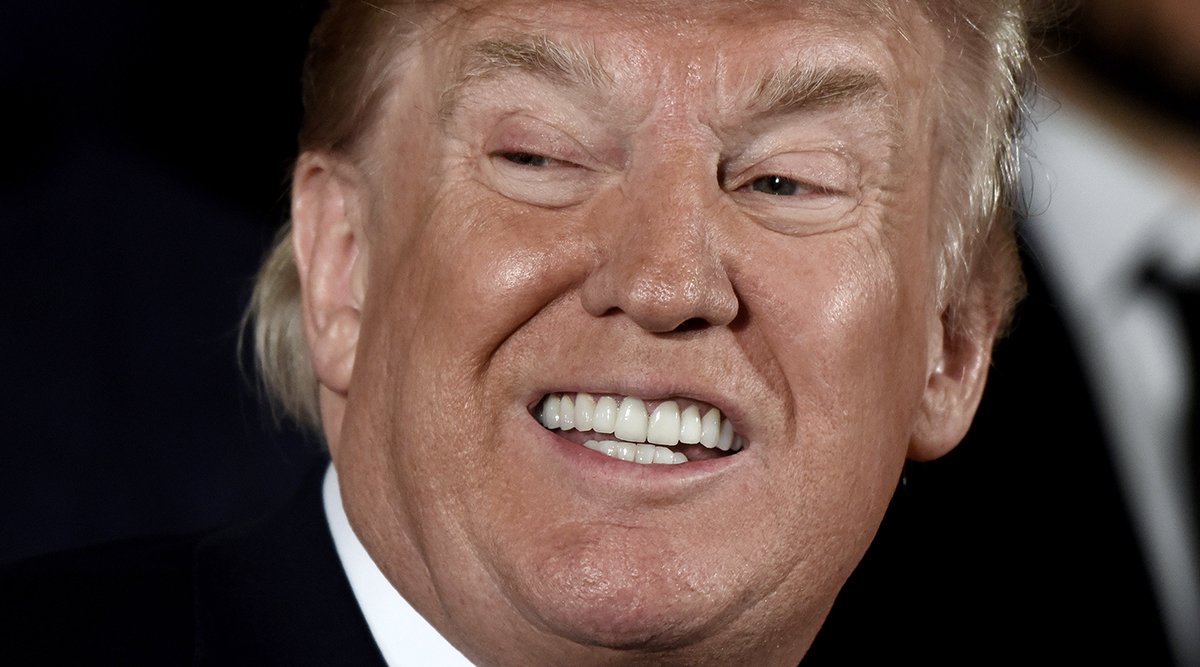 The White House says Donald Trump will campaign to pass legislation this year to upgrade roads, bridges and other public works, as members of Congress from both parties say it will only happen with a push from the president.

The president plans to travel around the country to promote his proposal ahead of the congressional election in November, White House Legislative Affairs Director Marc Short said in an interview March 13. An event to roll out Trump’s plan was canceled last month after the school shooting in Parkland, Floa.

“We still believe there’s time in this year to get it done, and you will see the president pushing for it,” Short said.

Transportation Secretary Elaine Chao, Commerce Secretary Wilbur Ross and three other cabinet secretaries will go before the Senate Commerce, Science and Transportation Committee on March 14 to discuss the plan to provide at least $200 billion in federal funds over 10 years, mostly to spur at least $1.5 trillion in spending by states, localities and the private sector. The plan also would cut the process of issuing permits for projects to two years.

Chao testified before a House panel last week, and Democratic and Republican members are questioning the administration’s ability to deliver a bold program because there’s no appetite among Republican leaders so far to increase the federal gas tax or find another way to generate the federal money.

“It takes presidential leadership to do this,” Republican Representative Bill Shuster of Pennsylvania, chairman of the House Transportation and Infrastructure Committee, said at a March 7 hearing. Shuster, who backs a higher gas tax or another way to generate revenue, has said Trump needs to be “out there on a weekly basis, talking about it, going around the country.”

Trump released his infrastructure plan Feb. 12, and lawmakers who attended a private meeting two days later said he offered to support a 25-cent gas tax increase to help fund it. But the president has taken no public position, and advocates for infrastructure spending say delivering on his campaign promise for a major rebuilding project rests on Trump pushing it the way he did last year’s tax-code overhaul.

Second-ranking Senate Republican John Cornyn of Texas has said it would be “challenging” to enact a bill this year. House Speaker Paul Ryan of Wisconsin said last week he won’t pursue one bill but five or six different pieces. That includes measures the House would consider anyway, such as reauthorizing the Federal Aviation Administration and appropriating additional funds for infrastructure approved as part of a budget deal in December. Shuster has suggested Congress may have to wait until after the November election to act on a broader program.

The administration’s preference is for a bolder plan but is open to enacting several bills if Ryan and Senate Majority Leader Mitch McConnell of Kentucky think that’s the best way to accomplish the same goals, a senior White House official said.

Still, any infrastructure bill needs bipartisan support to pass, and Democrats largely reject Trump’s plan as having too little federal investment and no funding. Senate Democrats released their own $1 trillion plan that would roll back tax cuts for the wealthy that Republicans enacted last year.

Rep. Peter DeFazio of Oregon, the top Democrat on the House Transportation and Infrastructure Committee, said he has taken a “show me the money” position on the infrastructure initiative and that there won’t be one without a tax increase.

“I think the president would like to do something real, but whether we can get him to focus on it and step out is a whole another issue,” DeFazio said at a Feb. 28 conference of the American Association of State Highway and Transportation Officials in Washington.

Lawmakers who attended the Feb. 14 meeting with Trump said he surprised them by backing an increase in the gas tax, which hasn’t been raised since 1993. Trump repeatedly brought up the gas tax and said he would spend political capital for it, said Senator Tom Carper of Delaware, the top Democrat on the Environment and Public Works Committee.

“He said, ‘I know it’s difficult politically, difficult for you to do these things, but I will provide air cover, political cover, and I’ll take the slings and arrows,’” Carper said at the highway and transportation officials’ conference.

Chao has said “everything’s on the table” when it comes to paying for a public works initiative. She also told reporters last month that increasing the gas tax would have “a very regressive impact on the most vulnerable within our society,” a position shared by opponents, including groups aligned with billionaires Charles and David Koch.

Grover Norquist, head of the anti-tax group Americans for Tax Reform, predicted that Trump won’t go along with a higher levy because the tax would hit voters who backed him in 2016.

“Trump’s instincts are good,” Norquist said. “When he looks at it and says, ‘Who are the people I’m working for?’ he sees the guy most damaged by another gas tax.”

Supporters of a higher levy, including the U.S. Chamber of Commerce and American Trucking Associations, which both have proposals to increase fuel taxes, say it’s the most efficient way to raise money needed for crumbling roads and bridges.

Trump needs to say specifically what he supports if he wants to get an infrastructure bill passed, said Chris Spear, president and chief executive of the trucking trade group.

“It’s imperative that this president put the full power of his office behind this,” Spear said at a House subcommittee hearing March 7. “If he wants it done this year, he’s going to have to lead up here.”