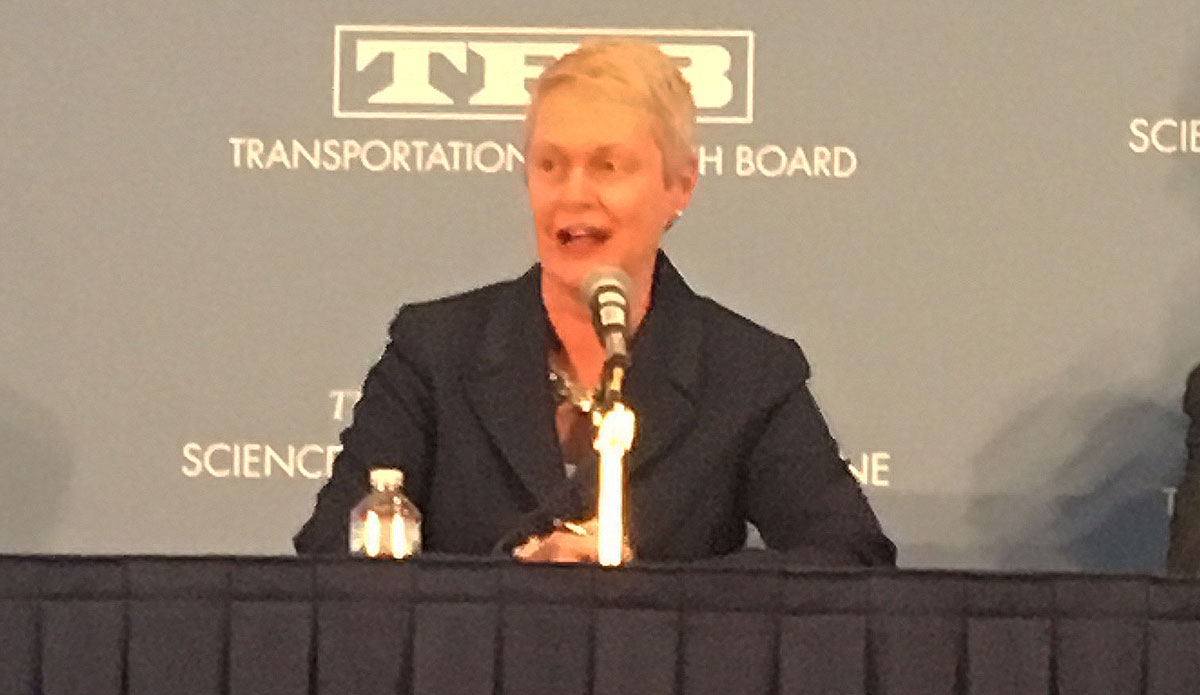 WASHINGTON — Solvency and sustainability are the chief qualities state department of transportation leaders are looking for in President Donald Trump’s long-awaited infrastructure package.

Jennifer Cohan, secretary of the Delaware Department of Transportation, said the plan, rumored for release later this month, needs to outline definite revenue mechanisms that states can rely on. She also said the federal Transportation Investment Generating Economic Recovery program, or TIGER, which bolsters state-level projects, should remain in place.

“The biggest thing is make up your frickin’ mind. We need sustainability,” Cohan said during a panel featuring state DOT leaders at the Transportation Research Board’s annual meeting here Jan. 9. “Stability is very, very much needed. We need to know what it’s going to be and what it’s going to look like.” 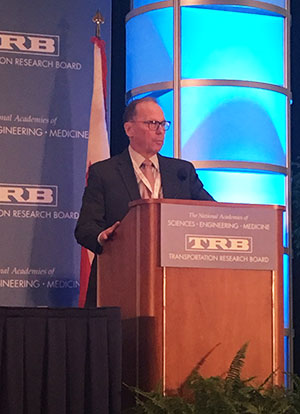 Tennessee Department of Transportation Commissioner John Schroer flatly stated that many states, including Tennessee, will not be able to generate $800 billion. He also expressed concern that the money Tennessee has raised since increasing its fuel tax in 2017 will not receive consideration or credit in the new infrastructure plan.

“I’ll be the first one on this panel to cry B.S. to that,” said Schroer, who also serves as the president of American Association of State Highway and Transportation Officials. “There are many areas, such as the state of Tennessee, [where] that can’t happen. We’re scared that the money we’ve already increased our funding with won’t get any credit with new infrastructure package. We’re really nervous in our state that that’s going to happen.”

If you’ve been around long enough, you’ve already heard this rhetoric that states need to participate more in the transportation system. States did step up.

Mike Patterson, executive director of the Oklahoma Department of Transportation, also expressed hope that the new infrastructure package will acknowledge the steps states have taken to raise money for transportation. He said Oklahoma transportation projects are supported by about a 50/50 split of federal and state funds.

“If you’ve been around long enough, you’ve already heard this rhetoric that states need to participate more in the transportation system. States did step up,” Patterson said. “The states have stepped up, and I’m hoping that the new program doesn’t come out and say ‘You guys need to step up’ and not know that we already did.”

One of the chief concerns for state DOT executives is replenishing and sustaining the Highway Trust Fund. The trust fund account backs states with funding assistance through revenue collected from federal gas and diesel taxes. Improvements in fuel consumption and shifting driving habits contribute to the account’s steady decline, prompting several general fund transfers in recent years to maintain its solvency.

In its November “Framework for Infrastructure Funding,” the American Transportation Research Institute recommended a federal gas tax to support a large-scale infrastructure program. A White House official last month said Trump had not ruled out calling for an increase in federal fuel taxes, a move strongly supported by nearly every infrastructure stakeholder. Since 1993, the federal tax has been 18.4 cents per gallon for gas and 24.4 cents per gallon on diesel.

Schroer said that a fuel tax is a realistic solution because it is efficient and easy to collect. However, he said that longer-range possibilities, such as a vehicle miles traveled fee, could also serve as potential fixes.

“We have to solidify a trust fund. Personally, I’d like to see a gas tax increase that will do that. It, for the time being, will still be the best way to pay for transportation,” Schroer said. “Having said that, I do think we have to look at some longer-term options. I’d love to see long-term sustainable funding. We need to know the money’s going to be there.”