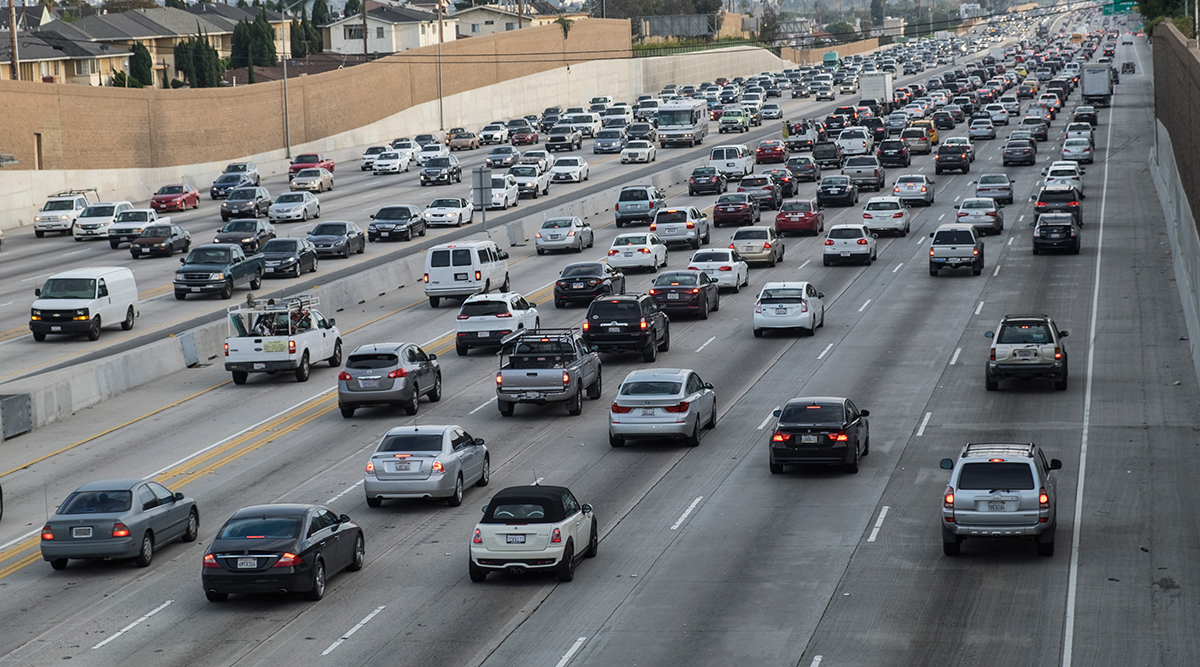 Federal regulators are drafting a proposal that takes aim at California’s cherished authority to set its own smog-busting rules. A leaked draft of the plan that is being finalized for submission to the White House shows that it wouldn’t outright revoke the state’s ability to set pollution standards, but it asserts that a 1975 law prohibits states from setting their own limits on greenhouse gas emissions.

“It strikes me as an extraordinarily weak legal argument,” said Ann Carlson, a University of California Los Angeles law professor.

Similar arguments were made by carmakers during the George W. Bush administration but were rejected by federal judges in California and Vermont in 2007. Those rulings, plus a landmark Supreme Court decision that year that concluded the Environmental Protection Agency could regulate carbon dioxide emissions, pose legal obstacles for the Trump administration, Carlson said.

Other legal experts downplay the significance of those apparent obstacles, in part because appellate courts have never ruled on the matter.

“I think it really is very much an open question,” said Jeff Holmstead, a former assistant EPA administrator during the Bush administration.

The joint proposal by EPA and the National Highway Traffic Safety Administration would weaken the standards negotiated by the Obama administration and the auto industry in 2009 amid taxpayer bailouts of carmakers. Also in 2009, California was granted a Clean Air Act waiver by EPA to set standards in excess of the federal government’s while agreeing to align its rules with Washington’s.

In 2011, the standards were extended until 2025 to nearly double fleetwide fuel economy to approximately 50 mpg.

According to a summary of the plan released by Sen. Tom Carper (D-Del.), the agencies’ draft proposal recommends freezing the standards from model year 2020 through 2026, setting fuel-economy requirements at a 37 mpg fleet average in those years instead of rising each year.

NHTSA said in a statement it still is working with EPA on the proposal but declined to comment on the contents of the draft released by Carper’s office. EPA didn’t respond to a request for comment.

Because of California’s waiver, the state could opt to keep its standards despite a federal rollback, creating a patchwork of regulations that automakers fear. A dozen states tie their emissions standards to California, so more than a third of the U.S. auto market could have a separate set of tougher rules.

The so-called pre-emption argument in the draft EPA-NHTSA proposal “looks like an effort to do an end-run around the waiver,” said Jody Freeman, a Harvard environmental law professor.

She helped broker the 2009 fuel-efficiency pact with California as the counselor for energy and climate change in the Obama White House. She said the deal helped close a chapter of heated litigation over fuel standards and gave the industry nationwide targets that were predictable, albeit challenging.

Reviving the argument that California is pre-empted will lead to additional court cases to rehash issues that two district courts and the Supreme Court already have decided, she said.

“Since 2010, it’s been clear that all of these standards can live together harmoniously,” Freeman said. “So now it’s somewhat ironic to say ‘Well, there’s this terrible conflict and because of all this conflict we have to preempt them.’ On its face, it’s flying against all the evidence so far.”

California officials have vowed to defend their standards.

State Attorney General Xavier Becerra sued the United States last week in a Washington federal appeals court over EPA’s determination last month that the emissions limits for cars and light trucks are too stringent and must be revised.

Myron Ebell, director of the Center for Energy and Environment at the Competitive Enterprise Institute, said the Trump administration would be correct to assert that states are prohibited from regulating auto efficiency. He said the earlier defeats may turn out differently if revisited because a much stronger case in favor of pre-emption could be mounted in court.

“We can’t allow a state to dictate national policy on something like this, and that’s what’s really happening here,” Ebell said. “At the time the deal was done, the auto industry was in a very weak position. They were beholden to the government, so they had to sign on to it.”

Holmstead, the former Bush EPA official who now is an attorney at Bracewell, said courts often give wide latitude to federal agencies in interpreting laws that they are responsible for implementing.

“People who claim that there’s no way the administration can do this, I think they’re just wrong,” Holmstead said.

NHTSA said in 2006 that the 1975 Energy Policy and Conservation Act gave it sole authority to set fuel economy standards and pre-empted states from enacting their own. The agency said rules limiting tailpipe emissions actually are fuel-economy regulations by a different name, and pre-empted by federal authority.

Automakers invoked that argument in the California and Vermont lawsuits to block the states from adopting their emissions rules. The car companies lost both.

The district court cases were relatively straightforward, UCLA’s Carlson said. The judges found that the regulation of greenhouse gases is not the same thing as promoting greater fuel economy. This is true even though there’s a direct correlation between how much gasoline a car consumes and how much carbon dioxide it emits, which allows EPA to use fuel economy when setting its greenhouse gas targets, she said.

Those rulings cited the Supreme Court’s 2007 decision in a dispute between Massachusetts and EPA. The justices, by a 5-4 vote, ruled EPA had authority to regulate carbon dioxide emissions, and in their majority opinion said that NHTSA’s fuel-economy rules could coexist with tailpipe greenhouse gas standards that EPA planned to set up at the time.

“The two obligations may overlap, but there is no reason to think the two agencies cannot both administer their obligations and yet avoid inconsistency,” Justice John Paul Stevens wrote in the court’s majority opinion.

Because the pre-emption debate involves facts that have been litigated, any new cases could move quickly, Carlson said.

California probably will ask a judge to let its current rules remain in force while the fight plays out, and one of the federal appeals courts could rule within a year, she said.

The Trump administration could then try to get the U.S. Supreme Court involved. But there’s no guarantee the justices would take the case, since a court majority ruled against the federal government’s pre-emption argument just 11 years ago, Carlson said.

“I don’t know where they’re getting their legal advice,” he said. “If that’s the tack they’re going to take, then its fourth down and 99 yards to go with 10 seconds left in the game.”

With assistance from Jennifer A. Dlouhy.