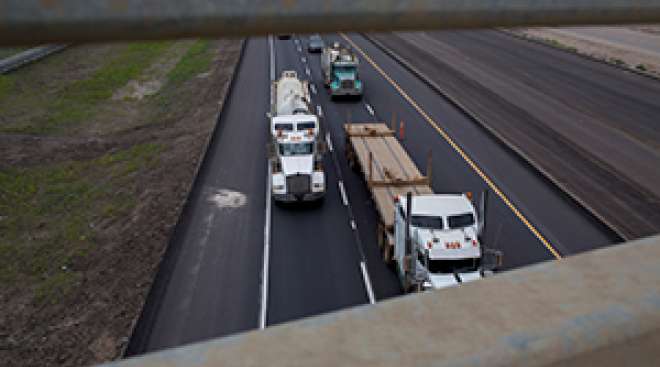 A freight survey that assesses dry van and refrigerated freight rates based on spot market and contract prices shows that business conditions hit a new low for fleets as the first quarter ended.

The Chainalytics-Cowen Indices, published monthly by the Atlanta-based consulting firm and New York-based Cowen, measured a gap of minus 2 percentage points between spot and contract rates in late March, more than double any dry van freight gap measured since October 2014, the first month measured by the firms’ data. The refrigerated market showed an even greater gap in a negative direction between spot and contract rates, though the report from Cowen analyst Jason Seidl said the rate situation could change when shipments of produce and beverages surge in the late spring and early summer.

“The data we see here is consistent with the anecdotal evidence we’ve heard,” Seidl’s report said. “This puts truckers in as weak a position as they have been at any point in the past 12 months. “The widening spreads more likely than not indicate weaker levels of demand in the spot market rather than contract rate increases.”

Because the pricing gap is widening, Seidl said, “brokers are still in the driver’s seat” in terms of price since they thrive on imbalances between supply and demand.

Chainalytics’ data are based on freight spending by more than 230 shippers and third-party logistics company.

Negative readings on the index signal that the rate climate favors shippers, while positive readings are a sign of a stronger freight market that can favor carriers, the report said.