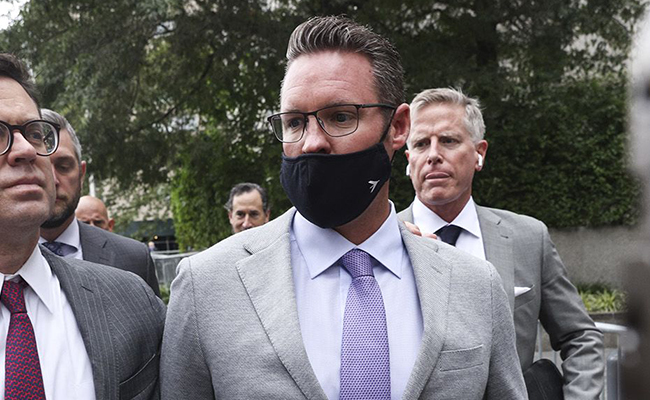 Nikola Corp. founder Trevor Milton, who is scheduled to go on trial next month on charges he misled investors about the company’s business prospects, was indicted for allegedly defrauding the previous owner of his Utah ranch, which Milton used as collateral for his bail.

The new charge, which will be part of Milton’s criminal trial, parallels claims from a federal lawsuit filed in March by Massachusetts real estate developer Peter Hicks, who accused Milton of defrauding him in the 2020 purchase of the Utah property.

Hicks says that he was given the option to purchase more than 515,000 shares of Nikola at the strike price of $16.50 each as part of the ranch deal. But the value of those shares plunged after Milton was indicted. Hicks says he relied on Milton’s representations about Nikola’s prospects in agreeing to accept equity options as part of the transaction.

Hicks said he was first contacted in April 2020 with an offer from Milton to buy the ranch for $7.5 million in cash with an option to purchase a “very substantial” amount of Nikola stock. After negotiations, the deal closed in August 2020, when the share option was valued at more than $15 million based on the company’s stock price that day. Less than a month later, Hindenburg Research published a detailed report accusing Milton and Nikola of deception.

Milton was freed pending trial last July on $100 million bail secured by two properties he owns in Utah — one of which is the Wasatch Creeks Ranch, according to Hicks’ suit. Milton also paid $32.5 million for a sprawling ranch near Salt Lake City in August 2019, the highest sale price ever recorded for a residential property in the state. The 16,800-square-foot property, called “Riverband Ranch,” boasts nine bedrooms, nine bathrooms and hickory wood floors.

Nikola went public through a reverse merger with a blank-check company in June 2020, in a deal that made Milton into a billionaire several times over. At one point, the company’s shares ballooned to almost $80 apiece, giving it a market capitalization greater than Ford Motor Co. despite not generating any meaningful revenue.

Nikola’s market value plunged after Milton and the company were accused of exaggerating the capability of its debut truck, the Nikola One. Prosecutors accused Milton of making false and misleading statements via social media and other outlets to induce retail investors to buy the stock. Jury selection in Milton’s trial is set to begin July 18.