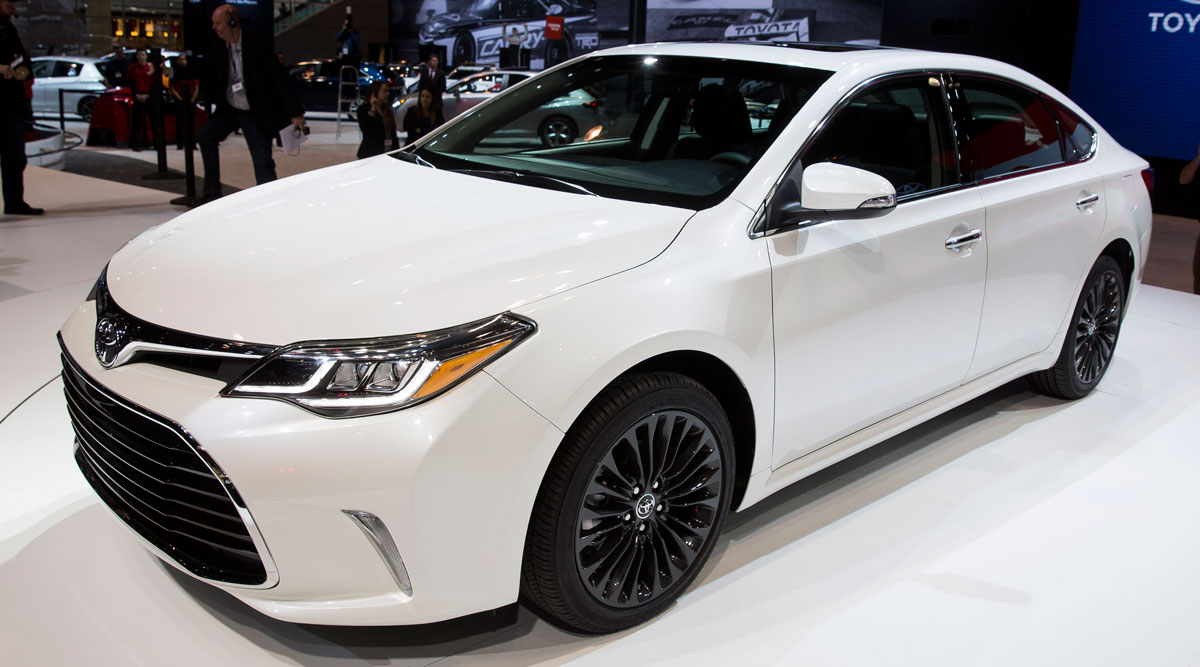 The 2016 Toyota Avalon, shown here at the Chicago Auto Show in 2015, is included in the recall. (Andrew A. Nelles/Associated Press)

The Toyota recall affects about 3.4 million vehicles globally and is being done because the air bags may not inflate in a crash. The cars have air bag control computers made by ZF-TRW that are vulnerable to electrical interference and may not signal the bags to inflate.

The problem could affect as many as 12.3 million vehicles in the U.S. made by six companies. It’s possible that as many as eight people were killed when air bags didn’t inflate. U.S. safety regulators are investigating.

Honda’s recall covers about 2.7 million vehicles in the U.S. and Canada with Takata air bag inflators. But they’re a different version than the ones blamed for 25 deaths worldwide. Still, it’s possible the air bags could blow apart a metal canister and hurl shrapnel at drivers and passengers.

Both recalls were announced on Jan. 21.

In a statement, Toyota said the computer may not have adequate protection against electrical noise that can happen in crashes, such as when the vehicle runs under a different vehicle. The problem can cause incomplete opening of the air bags, or they may not open at all. Devices that prepare seat belts for a collision also may not work.

In most cases, Toyota dealers will install a noise filter between the air bag control computer and a wiring harness. But in some vehicles, dealers will inspect the computer to determine if it needs the filter. Owners will be notified by mid-March. 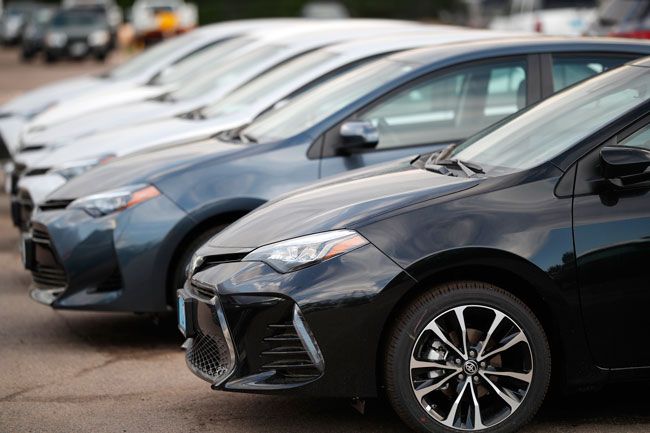 Toyota Corollas sit in a dealership lot in Colorado in June 2018. Certain 2011-2019 Corollas were included in the recall. (David Zalubowski/Associated press)

Toyota wouldn’t say if it will offer loaner cars to people who fear their air bags might not protect them.

In March of 2017, the U.S. National Highway Traffic Safety Administration began investigating problems with ZF-TRW air bag computers. The probe was expanded in April of last year to 12.3 million vehicles made by Toyota, Honda, Kia, Hyundai, Mitsubishi and Fiat Chrysler from the 2010 through 2019 model years.

Toyota joins Hyundai, Kia and Fiat Chrysler in issuing recalls for the problem. Four deaths that may have been caused by the problem were reported in Hyundai-Kia vehicles and three in Fiat Chrysler automobiles. The investigation was upgraded after investigators found two serious crashes involving 2018 and 2019 Toyota Corollas in which the air bags did not inflate. One person was killed. Toyota said it’s cooperating in the probe, which is continuing.

NHTSA is evaluating how susceptible the air bag control units are to electrical signals as well as other factors that could stop air bags from inflating. In documents, the agency said that it didn’t find any other cases of electrical interference in Hyundai, Kia or Fiat Chrysler vehicles that used the ZF-TRW system but were not recalled.

ZF-TRW said Tuesday it continues to cooperate with the NHTSA investigation.

The front driver’s inflators being recalled are part of a recall announced by Takata in November covering at least 1.4 million vehicles from five automakers. Honda said it’s recalling a larger number of vehicles to make sure it gets all of the bad inflators.

In this case, the inflators don’t contain ammonium nitrate, which is blamed for previous Takata problems that have killed 25 people and injured hundreds worldwide.

But three of the newly recalled inflators exploded and hurled shrapnel, two in Japan and one in Texas that injured a driver, Honda said in a statement. The company said in all three cases, the inflators were exposed to excessive moisture. In Texas, the car had a salvage title with a date that coincided with a major flood, while the two cases in Japan were in salvage yards where the windows are typically left open, the company said.

“Honda believes that the risk of improper air bag deployment in its vehicles remains very low at this time, but we cannot absolutely guarantee the performance of any recalled part,” the company said in a statement.

Owners will be notified in mid-March, but replacement parts won’t be available for another year, Honda said.

Asked about loaner cars, a Honda spokesman said customer concerns will be addressed on a case-by-case basis.