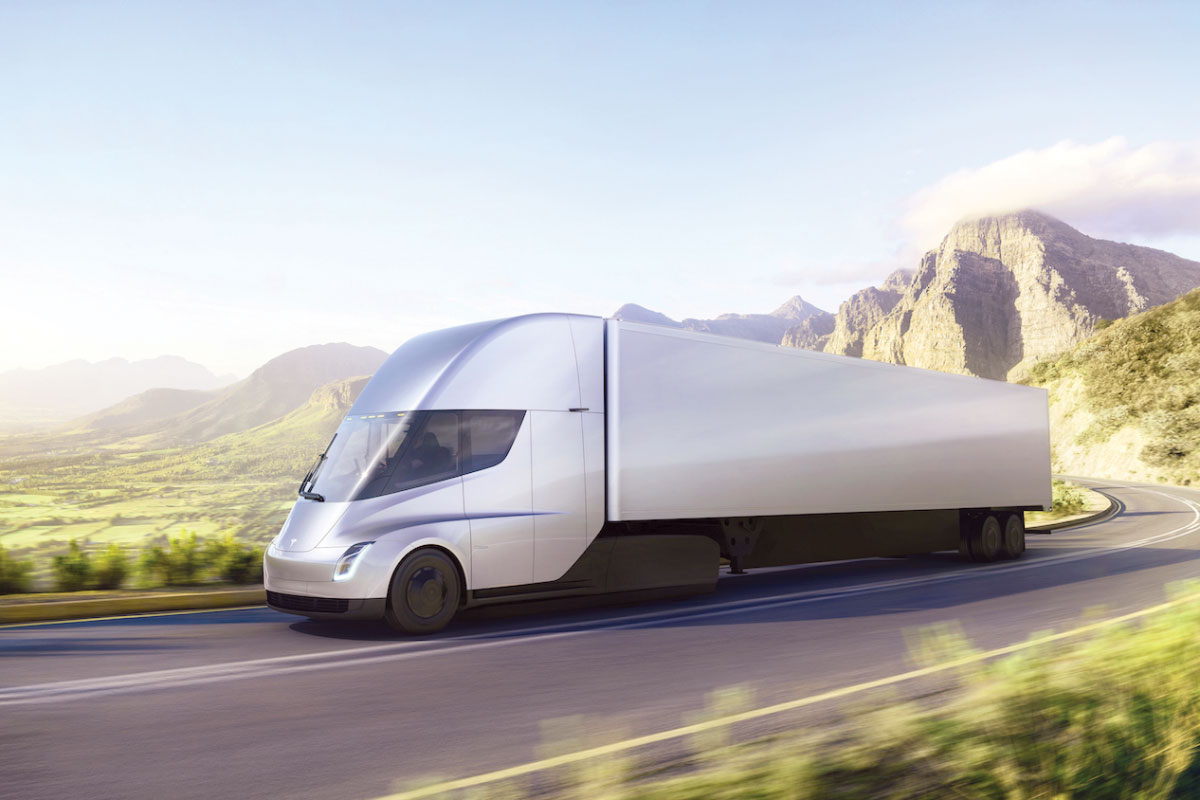 The Tesla Semi won't go into production until 2022. (Tesla Inc.)

Tesla Inc. reported better-than-expected second-quarter earnings, buoyed by strong demand for its electric vehicles as it suggested deliveries this year may exceed its longer-term projections for 50% growth.

But in a sign that Tesla isn't immune to the shortage in chips and other components that is hurting its rivals, the company disclosed that it will delay the introduction of a highly anticipated Semi truck to some time next year. Its original plan was to introduce it this year.

Tesla also warned that the availability of parts will determine whether it will be able to maintain the first-half production pace that raised hopes the company will be able to manufacture more than 800,000 vehicles this year. That would be a significant increase from nearly 510,000 last year, when government restrictions during the early stages of the pandemic forced the company to temporarily shut down its California factory.

Profit at Elon Musk’s electric-vehicle and clean-energy company soared to $1.45 a share on an adjusted basis, the Palo Alto, Calif.-based automaker said July 26. That beat the 97-cent average of analysts’ estimates. The results mark the eighth straight quarter of profit for the 18-year-old company, which now employs about 80,000 people.

The company earned $1.1 billion in the April-June period, more than 10 times its profit at the same time last year. Revenue nearly doubled from last year to about $12 billion.

Tesla is expanding on three continents, including constructing new factories in Austin, Texas, and Berlin. The company confirmed a forecast for 50% growth in deliveries “over a multiyear horizon,” but added, “in some years we may grow faster, which we expect to be the case in 2021.”

While Tesla is still by far the world’s biggest automaker by market value, its shares have declined 6.8% this year even as the S&P 500 has reached new highs. More-established peers, such as General Motors Co. and Ford Motor Co., have rallied as they have aggressively pushed into the nascent electric-vehicle market.

The competition is heating up against a backdrop of supply-chain challenges from a global semiconductor shortage and higher commodity prices. Investors also have mulled over Tesla’s challenges in China and the profusion of U.S. regulatory probes into crashes that have raised safety concerns.

Despite those woes, the EV market leader delivered more than a half million cars in 2020 and reported deliveries of 201,250 cars worldwide in the second quarter.

Tesla’s second-quarter revenue grew to $11.96 billion in the April through June period, beating analysts’ estimates of $11.36 billion. Profit from the sale of regulatory credits were $354 million. The company also reported a $23 million bitcoin impairment.

Big numbers from Tesla, but the downside is that the Tesla Semi is getting pushed to 2022. Blaming battery shortages and factory focus for that. Biggest question in shareholder Q&A right now is whether Cybertruck is on track https://t.co/iarKi0A8xp — Chris Davies (@c_davies) July 26, 2021